Meet the Murphys: An Introduction to the New CEO of IU Health and His Family 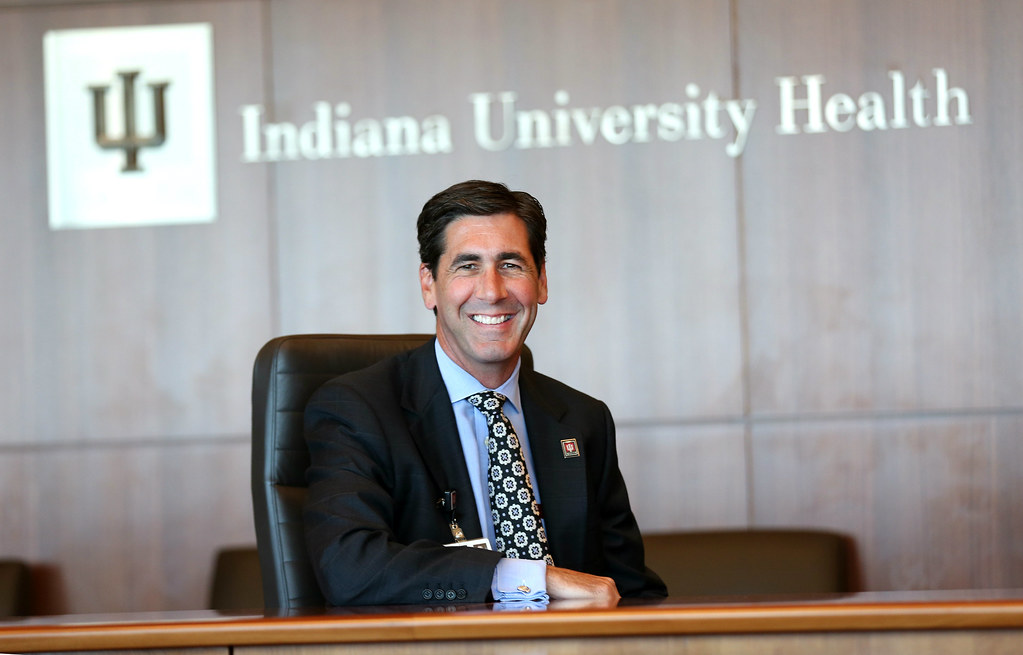 On May 1, Indiana University Health will welcome Dennis M. Murphy as its new CEO. IU Health is one of the largest healthcare systems in the state with 17 hospitals and health centers and also one of the state’s largest employers with over 30,000 employees.

Murphy succeeds Daniel F. Evans, Jr. who held the position for 13 years. Murphy brings to the position remarkable experience, an optimistic vision for the future of IU Health and a passion for improving the health of the citizens of Indiana.

Before choosing healthcare administration as his career, Murphy studied and prepared for a completely different career path. At the age of 14, Murphy attended the St. Lawrence Seminary High School with plans on becoming a Catholic priest.

Raised in a strong Irish Catholic family in a Irish-Polish emigrant neighborhood in Chicago, he came to realize that he had a desire to serve his fellow man, but he also wanted a family. He would spend some of his summer vacations visiting the family’s farm in Ireland. “It was important for me to give back, and I figured out that I was still able to give back, just in a different way,” explained Murphy.

Murphy’s educational background includes a degree from where else? The University of Notre Dame in pre-professional studies with a focus in political science. Afterwards, Murphy attended and earned a master’s degree in healthcare administration from Duke University.

Murphy came on board as the IU Health Chief Operating Officer (COO) in 2013 and was named president in September 2015. Prior to moving to Indiana and joining IU Health, Murphy was the COO and Executive Vice President for the renowned Northwestern Memorial HealthCare system located in Chicago, which like IU Health, is closely affiliated with a medical school.

Murphy’s resume also lists being Vice President of Ambulatory Services and Financial Planning for University of Chicago Hospitals and a decade of service at the prestigious Johns Hopkins Hospital in Baltimore, Maryland, as Administrator of the Department of Medicine.

Murphy is highly regarded in his field for a litany of accomplishments over the span of his career and continues to garner the respect of his peers and colleagues for his innovative strategies and system-wide initiatives.

While serving as the Executive VP and COO at Northwestern Memorial Hospital in Chicago, they opened a 328-bed women’s hospital, and he was credited with implementing strategic plan initiatives that resulted in lowering costs and improving outcomes, improved overall patient satisfaction and advocating for the continued development of clinical research and education programs while collaborating with private physicians and the medical school affiliates.

Since joining IU Health, Murphy has played an instrumental role in the expansion of IU Health Plans, giving patients access to high-quality, comprehensive care focused on improving their health. He has also led the design of the IU Health system’s new organizational structure and Lean improvement efforts. 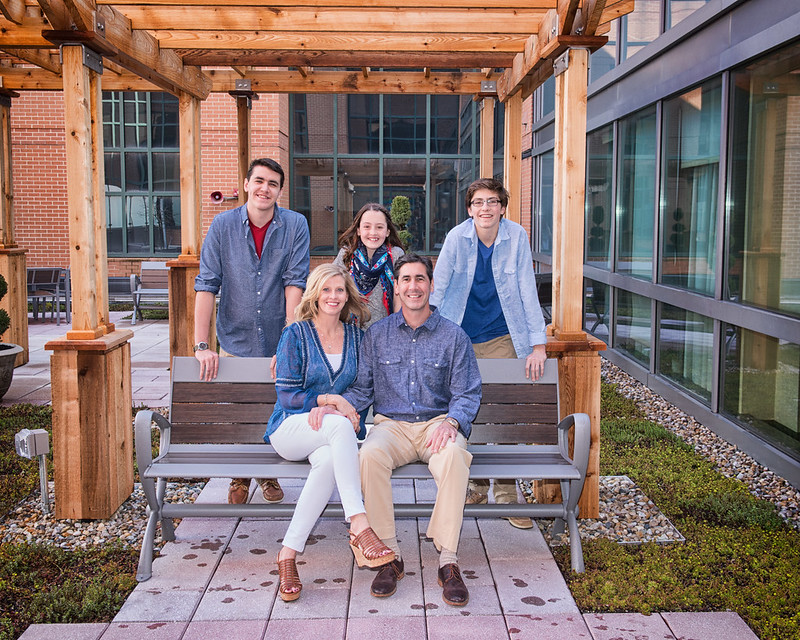 “This job appropriately allows me to grow much more into a strategic leadership capacity,” said Murphy. “I view my role as being a steward of an organization with a reputation for providing high-quality care, a strong leadership team, solid partnerships and an impressive record of success. Our hospitals have been here for over 100 years. Our job is to ensure that they’ll be here for the next 100 years to provide care for patients and populations who come to us. Indiana does not rate well on a number of health measures, and ‘as the leading healthcare provider in Indiana,’ we must improve the health of patients throughout the state.”

After accepting the position with IU Health, Murphy moved his family from Chicago to Westfield where he resides with his wife, Kristy, and their three children, Dennis, James and Ella.

“For us as newcomers, the move has been fantastic,” Murphy expressed. “People have been incredibly warm and welcoming. On the first day that we moved into our house, we had neighbors from all over the neighborhood come over to greet us. That kind of reception made us feel at home and allowed us to acclimate quickly here. It has meant a great deal to me to know that my family feels comfortable and is enjoying living here. This relocation has been a wonderful experience both personally and professionally.”

Murphy has become personally invested in the American Lung Association, a cause dear to him due to several family members having suffered from lung disease and died at relatively young ages. Murphy acted as the Vice Chair for the association’s main fundraiser in 2015 and is the Chair of this year’s Evening of Promise Gala. Their mission is to raise awareness and funds to fight lung cancer, the leading cause of cancer death.

Kristy feels similarly in that it has been a great move for the family. She also has an extensive background in healthcare administration and fully supports the demands of her husband’s position. She has become involved with local charities such as the Women for Riley and fundraising in general for IU Health. 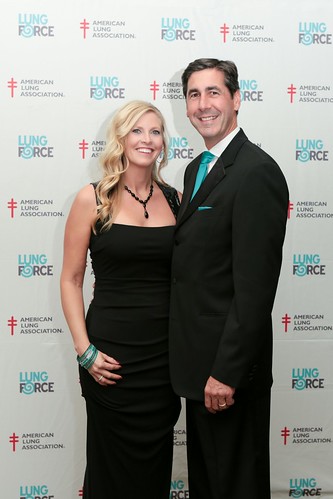 As a family, she mentioned that the entire family volunteers for Gleaners Food Bank when possible. She also emphasized the importance of balancing her family’s and husband’s schedules and how she and Dennis prioritize to put their family first.

“When Dennis comes home, the whole house lights up. He’s extremely engaged – he’s not on his phone or the computer. Conversation and connecting are important, and it’s incredible – he’s able to extract things from the kids or learn about their days in a matter of minutes and takes a very sincere interest in all of us. You’ll find him shooting basketball with James, playing volleyball with Ella and working out with Dennis when he’s home from college. We make time for family meals as much as possible, which is over 50 percent of the time.

“When I’m downtown volunteering or there for meetings, we make time for lunch. It’s important to find pockets of quality time when we can. The kids’ school activities and sporting events are scheduled on his calendar. And when there are evening work events, they tend to include spouses, which is nice. We read an article that said it’s not so much about balancing or separating work and personal life, but integrating the two. It’s what we practice. It’s all very cohesive and helps keep us connected as a family.”

The Murphy children are acclimating quite well to their new schools and community as well. Their eldest son, Dennis, has had the least amount of time here because he is currently a freshman attending the University of Iowa studying Mechanical Engineering. Their son, James, is enjoying eighth grade and has a passion for basketball. By virtue of his Chicago roots, he is also a big fan of the iconic Michael Jordan.

Their daughter, Ella, is in fifth grade and is active in volleyball and gymnastics. All three children exude great pride in their father and agreed that the time that they spend together as a family is the most rewarding part of their days.

As a runner, one of the things Murphy has come to appreciate about the area is the connectivity of the local trails and pathways, such as the Monon Trail. “I really enjoy that the local trails connect and are easily accessible,” Murphy said. “When I get home after work, I can run on the trail and not have to worry about vehicular traffic.”

The Murphys have found some favorite local shops, restaurants and eating establishments. Don’t be surprised to see them at local standbys Bub’s Burgers or The Local.

When asked how he has adjusted to the numerous roundabouts, Murphy noted that they strike a nostalgic chord. Murphy shared a humorous story of a harrowing experience driving out of the airport in Ireland for the first time. “My family, being from Ireland and having living relatives there, we naturally go back and visit them,” Murphy said. “As soon as one lands in Ireland and leaves the airport, they are immediately introduced to a roundabout. Even for those familiar with the function of a roundabout, it presents an immediate challenge driving through one because they drive on the left side of the road. I was driving the wrong way for the first five minutes of my first trip back as the driver.” 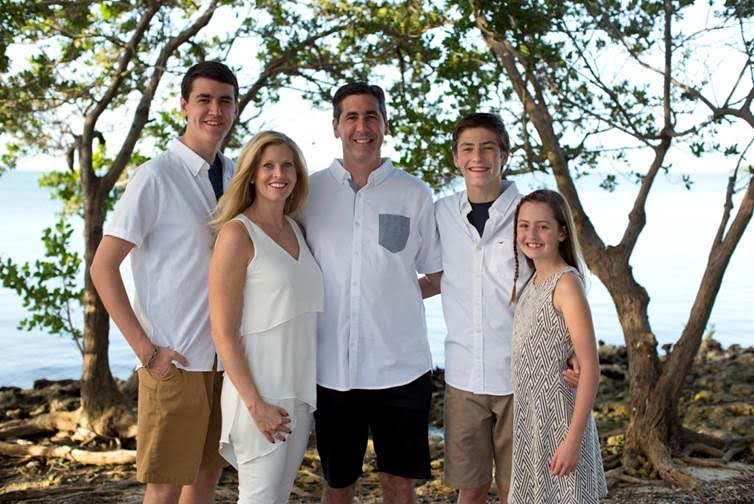 Once you have a chance to meet the Murphys, you will quickly find that they are an exceptional family that exudes a strong sense of family and a compassion for their neighbors and friends. This is certainly not surprising given Murphy’s Irish Catholic heritage.

By all signs, IU Health and the citizens of Indiana will be in great hands as Murphy takes the helm of one of our state’s most important healthcare providers.