The Taps are Flowing at Noble Order

Grab your growler and head on over to Noble Order Brewing Company in downtown Zionsville. The highly anticipated grand opening of the town’s new tasting room officially opened for business March 25. Founded in Richmond, Indiana, the brewing company and its sister company, J & J Winery, are filling the steins and wine glasses of craft beer and wine aficionados, right here in the heart of the village.

Major renovations were completed to their first off-site location here in the Village, and they opened their doors to an excited and thirsty crowd. The Noble 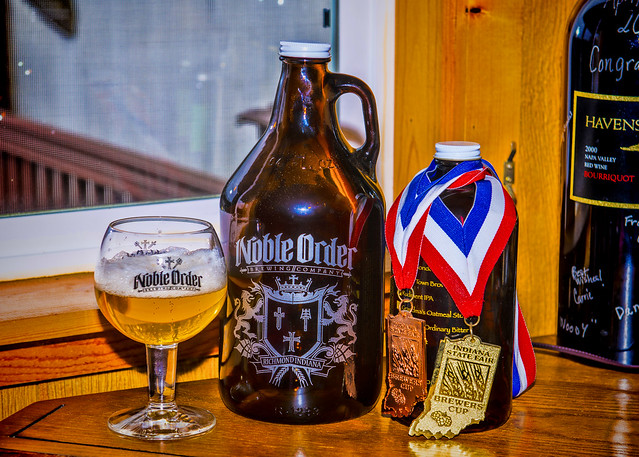 Order Brewery owners, Mike Miller, Melody Haist and Dr. Jeffrey Haist, have been anxiously counting down the days to the grand opening of their tasting room, and their landlord, Valerie Swank, said that she is impressed by the transformation that the historic building has undergone.

“Main Street is already a thriving and vivacious place,” Swank emphasized. “Noble Order is going to be an incredible addition. The owners are amazing and fun people. They are business-minded visionaries. The original structure was built in the 1890s and has been the home to a variety of businesses over the centuries. It was once a bank. It housed marketing companies, several retail stores, and I believe, it was a grocery store at one time. With the recent renovations, the tasting room boasts 3,000 sq. ft. The owners have been on the ball throughout the entire process, and I am pleased that they have updated the building and have done it the right way.”

A familiar and friendly face about town, Tim Sparks works on many of Swanks properties in town and was a crucial part of the team, assisting with all of the variance issues with occupancy and much of the behind-the-scenes work.

“Tim has done a lot more than he’ll admit to,” stated Mike Miller, Noble Order’s co-owner. “It’s been everybody sharing their input and working together on the design and on the execution of the design plans. Sparks and the Swanks have been an important part of the teamwork.”

“It [the building] has gone through a complete transformation,” Sparks said. “It’s an all open concept that is large in space but very welcoming. I think that patrons will feel comfortable and want to hang out in here.” 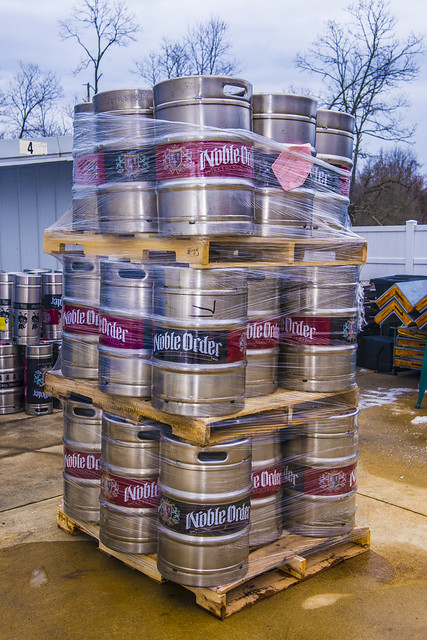 Strategically placed throughout the tasting room are four televisions for the sports fans, though this is not your ordinary, run-of-the-mill bar. The tasting room exudes a comfortable environment for socializing, relaxing, and most importantly, tasting quality craft brews and wines. Found during the construction phase, the original safety door that once adorned the old bank’s vault in the building is now part of a half-wall installation, paying tribute to the building’s rich history.

Now featuring on tap and available in casks is their Bad to the Boone American Pale Ale (APA), produced from ingredients made right here in Boone County. They also have 15 of their other beer selections, seven wines and wine slushies, produced from their winery in Richmond.

The Noble Order owners are community minded and believe in supporting other local businesses. They have met and will continue to introduce themselves to the area restaurants and food-related businesses to encourage the patrons of their taproom to bring in their favorite foods while they sit in the warm and inviting ambiance.

“On behalf of the entire Noble Order family, we would like to say thanks for the warm reception that the town, the businesses and residents have given us,” Miller expressed. “We look forward to being a part of this community right away.”