Volunteering for Salvation Army Can Be A Family Affair 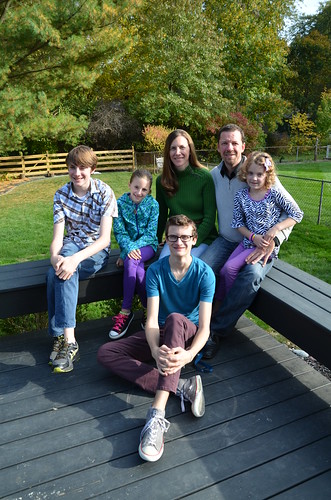 When Max and Beth Murphy volunteered to collect coats at Lucas Oil Stadium seven years ago, it was the beginning of a family tradition. The entire family, including Marshall, 15, Zach, 14, Faith, 8, and Rachel, 7, has become regular volunteers for The Salvation Army in both Hamilton and Marion counties.

Max is known better as “Pastor Max” at Carmel Lutheran Church, where he has been a music leader since the family moved to Carmel 10 years ago. After a trip to southern Indiana with his church band to perform at The Salvation Army’s sprawling Hidden Falls Camp, Max became more familiar with the international organization and its work in Indiana. As a home educator, Beth was seeking enrichment activities for their children that would impart life lessons and help others.

“I really see the benefits,” Max said when describing the effect that volunteering as a family has had on his kids. “The kids see us involved and giving. It’s not about us all the time. We really want them to look beyond themselves and say, ‘Life isn’t just about me and what I can get out of it, but what can I do to look beyond myself,’ especially when people are in different life situations than they’re in. It’s helping them expand their vision of what’s going on in the world.”

From ringing bells at the O’Malia’s down the road to sorting coats behind the scenes at Coats for Kids, the entire family has lent a hand at a variety of events over the years. Marshall, who’s positive attitude and volunteer spirit earned him The Salvation Army’s Youth Volunteer of the Year Award in 2012, loves helping kids choose coats or parents find the perfect gifts for their kids at Toy Shop each December.

“I would definitely encourage people to at least try it out because you’re going to get a lot out of it, helping people out and spreading God’s love,” said Marshall.

He and Zach have spent years volunteering, and Faith and Rachel are ready to follow in their brother’s footsteps. 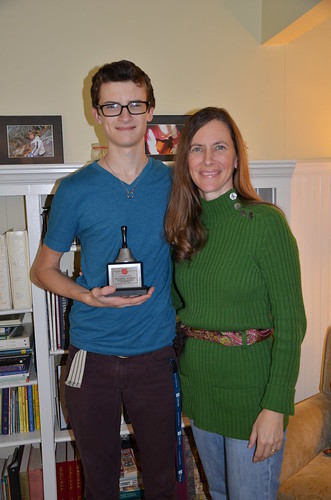 Beth and Marshall with his Youth Volunteer of the Year Award

“For them it’s more of the excitement, the anticipation,” said Beth. “Some things they’re not able to help with because they’re little. ‘Can we go this year?’ and ‘When can we do Coats for Kids?’ They definitely look forward to doing some of the things that their brothers have done.”

The whole family was able to volunteer at a special event at the Ruth Lilly Women and Children’s Center, a shelter in downtown Indianapolis that is part of The Salvation Army’s Block of Hope. Carmel Lutheran helped stage a carnival at the shelter – complete with games, a red kettle bounce house and grilled hot dogs – to bring some fun and joy to families in desperate need of a little extra light in their lives. It also gave the Murphys an inside look at why their time ringing a bell means so much to people in need.

“Showing love and mercy goes beyond denominational lines,” says Max. “The Salvation Army is in so many places, and they do what other churches aren’t doing in some ways. There’s always something going on at The Salvation Army. Every day there is something somewhere where you can serve.”