The Bailey’s: A Carmel Family on the GO! 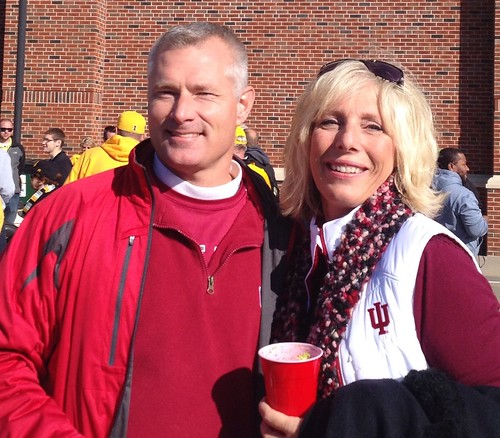 Todd and Cyndy Bailey insist that their sports journeys with their four children are really no different than the paths of millions of other moms and dads in Carmel and other Midwestern cities.

However, we could perhaps say that the Baileys (whose children are 21, 19, 15 and 11) are enduring and embracing a game of extreme parenting when it comes to the mind-boggling support for their sons (Jacob and Drew) and daughters (Abby and Brooke). How many of us could survive this type of September weekend schedule? 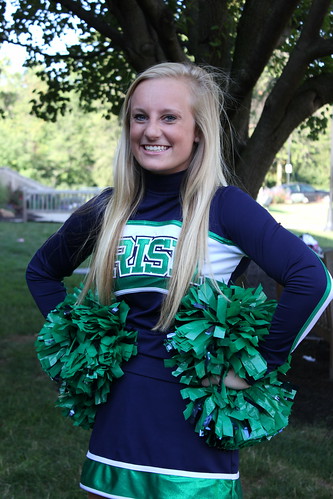 • AFTER WORK ON FRIDAY
Todd and Cyndy leave their Carmel home at about 4 p.m. to attend a Cathedral football game, home or away, to watch 15-year-old sophomore Abby perform as an Irish varsity cheerleader.

• MID-SATURDAY MORNING
Todd and Cyndy depart their home and head an hour west to Greencastle. Son Drew, a 19-year-old freshman, is an aspiring linebacker at DePauw.

• MID-SATURDAY AFTERNOON
As the play clock winds down at DePauw’s Blackstock Stadium, the Bailey’s are warming up for an ensuing trek to another college football stadium. This time, the one-hour voyage is from Greencastle to Bloomington and Indiana’s Memorial Stadium. Jacob, a 21-year-old junior, is a starting offensive lineman for the Hoosiers. 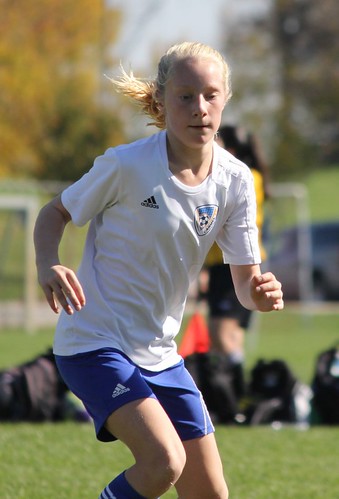 • SOMETIME SUNDAY AFTERNOON The 36-hour blitz grinds to a halt. Work (Todd, an IT administrator at Rolls Royce, and Cyndy, a Carmel advertising executive) is now in the on-deck circle for a Monday morning appearance.

Have mom and dad hit the wall after these weekends?

“We run out of gas, as any parents do,” admitted Cyndy. “But this is such a short window in our lives, and we are just trying to enjoy the journey. We take each weekend, week by week, and figure out what makes the most sense.

“But I really don’t think we are any different than any other family that is raising a big family and have a large, 10-year span between the oldest and the youngest. We just do what we do and know this is the stage we are in. We do our absolute best to go to everything or at least see part of a game or part of a tournament. Our philosophy tends to be, ‘If there is a Bailey on the field, a Bailey parent needs to be in the stand.’”

Such was the case earlier this fall season. Cathedral had a late football night game against Cincinnati St. Xavier at Lucas Oil Stadium. The Baileys returned to Carmel after midnight. The following day, the pair rose at 5:30 a.m. and drove 379 miles (or 758 miles round trip) to Columbia, Missouri, to witness Indiana’s stirring upset of ranked Missouri.

“We celebrated the awesome victory and then drove home,” recalled Cyndy.

This time the one-day voyage ended at 3 a.m. Sunday. Oh and the wild weekend included Abby’s 10 a.m. Breast Cancer Breakfast Fundraiser on Sunday and a choreography clinic that followed at noon. The intensity of cheerleading can be just as great as watching the football and soccer players.

“Cheerleading is also a year-round commitment,” said Cyndy, who also drives Abby to tumbling lessons. “All four of our kids have worked extremely hard and are driven. It is great to see them make a block/tackle, score a goal or hit the tumbling perfect. But playing contact sports and cheerleading are both so dangerous. I am always holding my breath…and rosary.”

Injuries have stalked both Jacob and Drew on the collegiate football field. Drew battled a high ankle sprain earlier this season, and missed several DePauw games. That injury relieved travel conflicts for the parents, who chose to exclusively attend Indiana football games while younger son was on the sideline.

Jacob, too, has had his injury woes. A torn meniscus prematurely ended the 2013 season and a continuous confrontation with a cartilage tear from a femur bone has sidetracked Bailey this season. 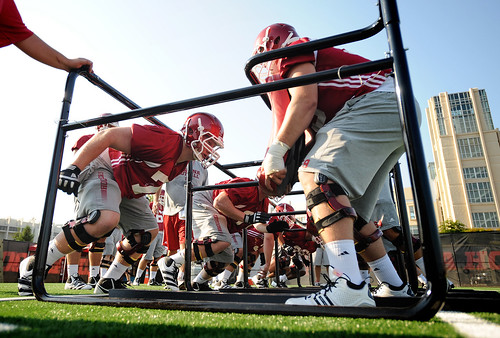 “I was pretty naïve about the potential for injuries at the Big Ten level,” mother stated.
“But I think Jake has told us that if you aren’t in pain, then you aren’t playing hard enough.”

Competing in both the classroom and on the field of competition is a trait that runs through each of the Bailey off-springs. Both Jacob and Drew graduated with from high school with high honors. Jacob was ranked as the No. 12 Indiana high school prospect by ESPN, while Drew was voted the Irish defensive-player-of-the-year for the 2013 5A state championship Cathedral team.

Meanwhile, Abby is a sophomore honor student and volunteers at the O’Conner House in Carmel. The entire family actively pursues community projects at Our Lady of Mt. Carmel, including the annual Thanksgiving Basket Food Drive. It was the environment at the grade school and
junior high level that led the three eldest to Cathedral.

“The kids were used to a smaller academic environment at Our Lady of Mount Carmel,” Cyndy assessed. “Their comfort level was a smaller environment, and they wanted a school that offered excellent academics, great athletic opportunities, rich traditions and the opportunity to enrich their Catholic faith. Cathedral seemed to fit those criteria.”

The next decision for the boys was where to play college football. Jacob received numerous scholarship offers but chose new coach Kevin Wilson and the Hoosiers.

“He thought it would be cool to be part of a rebuilding program,” Cyndy said. “And I think IU will ‘get there’ by the time Jacob graduates.”

“He is happy and loves campus life,” mom said.

And mom and dad love their weekend expeditions, including the one last year when they went to Ann Arbor and saw Jacob make his first start in front of over 100,000 Michigan fans. And the time this season when they went to Brooke’s 6 p.m. soccer game on a Friday, drove halfway to Iowa City that night and completed the excursion Saturday morning to the Hoosier-Hawkeye game. And then there was the drive home Saturday night (completing a round trip of 730 miles), followed by another soccer game by Brooke early Sunday morning.

“Each game is a different journey,” remarked mom, bracing for several future episodes of the Wild Travels of the Bailey Family.