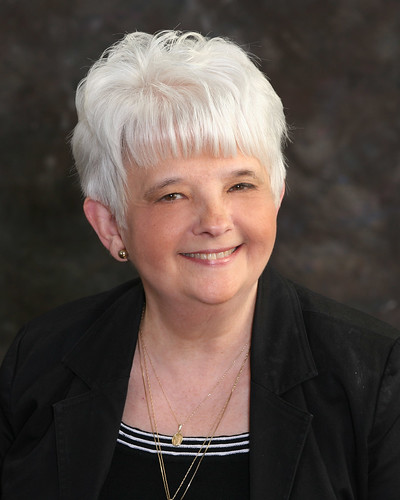 As a very young girl, Nancy (Mason) Chance had an innate passion to serve others. While growing up in Noblesville, she would watch from the picture window pane of her grandfather’s cabinet shop on the corner of Logan Street where the judicial building sits now. From there she would watch the people board and unload from the trains that would stop frequently throughout the day.

Chance did just that. She recruited the help of her grandmother and together they made up several little sandwiches in which Chance, along with one of her grandparents, took to the workers under the bridge and fed them while they waited.

“I took a linen napkin over and did that for two years until I started school at age 4,” she said. “I still remember the stories and the pictures that the workers shared with me of their families. I’ve had a passion for people ever since.”

Today, Chance is the Holiday Coordinator, Founder and Executive Director of the Good Samaritan Network GSN of Hamilton County, Inc.

“It all started back in 1980. I was working with the Carmel and Noblesville Fire Departments and with the Department of Family and Child Services,” she explained. “I worked a lot with child abuse and was one of the specially trained people that they would have to go out to talk and educate the public, law enforcement, etc. about the issues.

“So all of those of guys knew who I was and about some of the work that I was doing. When I shared my concerns with the local departments, they asked me to get involved with the holiday initiatives because they needed better planning and oversight. There was no balancing beam.” 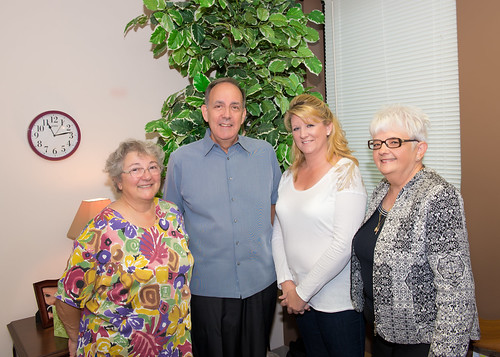 Chance selflessly took on the county holiday project and named it “Good Samaritan,” but it was very much in its infant stages of development. She didn’t have a 501(c)3 or a board. She and her volunteers were just trying to solve problems and move everybody in the same circle so that nobody was duplicating services.

“My husband was a computer engineer and head of IT for his company,” she said. “He had the ability to write a program and get us set up so that we could track the families and people that we served from year-to-year. We had 397 people the first year and last year we had 22,978 families in Hamilton County. This year, we are anticipating over 26,000 people that we will have served.”

What do these families need?

“The families need food,” Chance said. “They are food insecure. If you look at the statistics of food insecure families that are in our county, per last year’s numbers, approximately 25,890 people are accessing food pantries and 10,978 of these were kids. What we are seeing are middle class families in Hamilton County that would otherwise fall through the cracks if we didn’t have the network. Luckily, we do. While working on the holiday project in 1995, I got the vision that our county was getting bigger, and it continues to grow expeditiously. I could see this burst, and I thought we are going to become one of the big cities where nobody knows what anybody else is doing to help unless we do something to coordinate them.”

Chance took the 20 agencies, nine pantries and nine township trustees and formed a committee. For over a year, they hammered out how they were going to process people in need in Hamilton County.

“In March of ’95, we rolled out the Good Samaritan Network,” she said. “Today we have 262 agencies which include agencies from Indianapolis and surrounding counties that offer services like mental health services, and have a presence in Hamilton County. It’s important to have all of pieces of the puzzle when you have this many people in the county at risk so that you can help a family extensively and keep them from falling into first generation poverty.”

Due the economic downturn that began in 2007, many people have not been able to find another job to replace the one that they had for 20 to 30 years. Chance and her staff have seen an increase of middle class families come in for services. Most of them  had not ever seen a pantry nor did they have a need until now.

Chance explained that the times have been taxing on the families and on the service agencies.

“Many of the guidelines for agencies won’t permit financial support for people on that financial line,” she said. “A family of four making $40,000-45,000 annually is not much if you have a single pay earner in the home. They need to be able to buy food, food for their pets, clothing, pay their mortgage or rent, car payments, bills and pay for things that their kids are involved in. All of these can take their money to a very low ebb. When you go into the grocery stores, you’re seeing higher prices on products, and these families have to make other choices. They are making food choices that are not as nutritious and are seeking out pantries to supplement their income. We’re seeing in the 43 pantries a lot of middle class families are standing in line.”

The Good Samaritan Network is not an entitlement program.

“Our program is set up so that if they can afford to pay $20 or $25 towards a bill, we will help them with the rest of it one time a year,” Chance said. “If you can stabilize a family one month out of 12, they can usually catch their footing if they’re employed and keep going. As a taxpayer, we want everybody on the tax paying side of the line. We don’t want all of this entitlement programming that we have seen grow rapidly. It should not be an entitlement program but a partnership. Our families see us as partnering with them and helping them up. A year or two later, we have seen those people give us $25 or whatever, as a contribution to help another family. We are seeing a circle of thinking not that they got something for free but that they were partnering with somebody who helped them keep their family going and now they want to give back because they remember how that hurt.”

The agencies that make up the GSN meet once every month to discuss the needs of Hamilton County and to develop solutions. Once planned, they execute their protocols and mobilize their resources where they are most needed. Whether for an evicted family, fire victims or any other crisis situation, Chance’s teams are prepared and ready for anything.
“I have trained every pantry in the county, and they are all emergency prepared,” Chance explained. “I email and prepare our families for bad weather when it looks imminent so that they come to the pantries early and stock up on food and necessities before the storm hits. All of our preparedness and training was put to the test earlier this year. Last April, the Open Door pantry flooded when the levy broke, trapping four workers in the building. They later recalled to me that they heard a funny sound and looked out through the windows and saw the water coming.” 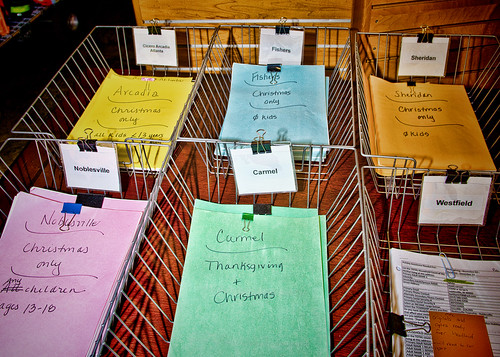 The pantry’s workers were up a little over four feet of water, and they called 911. The Washington Township Fire Department went in with ropes to rescue them. The pantry put their disaster plan into place and contacted Chance.

“I emailed our network and had over 500 people there the next day,” Chance recalled. “We staggered the teams and started clean up at 7 a.m. We had the whole place cleaned by 11 p.m. With help from our volunteers and the City of Westfield with dumpsters, they were able to clean up quickly.”

The Open Door pantry was fully functional and up and running, two weeks to the date.

“We received a lot of help from the local communities,” Chance admitted gratefully. “That’s what teamwork does. When I think about how our agencies and volunteers come together for the greater good, it refreshes my feeling of humanity. We do direct service to the client but also coordinate services as well. That is what makes the Good Samaritan Network different.”