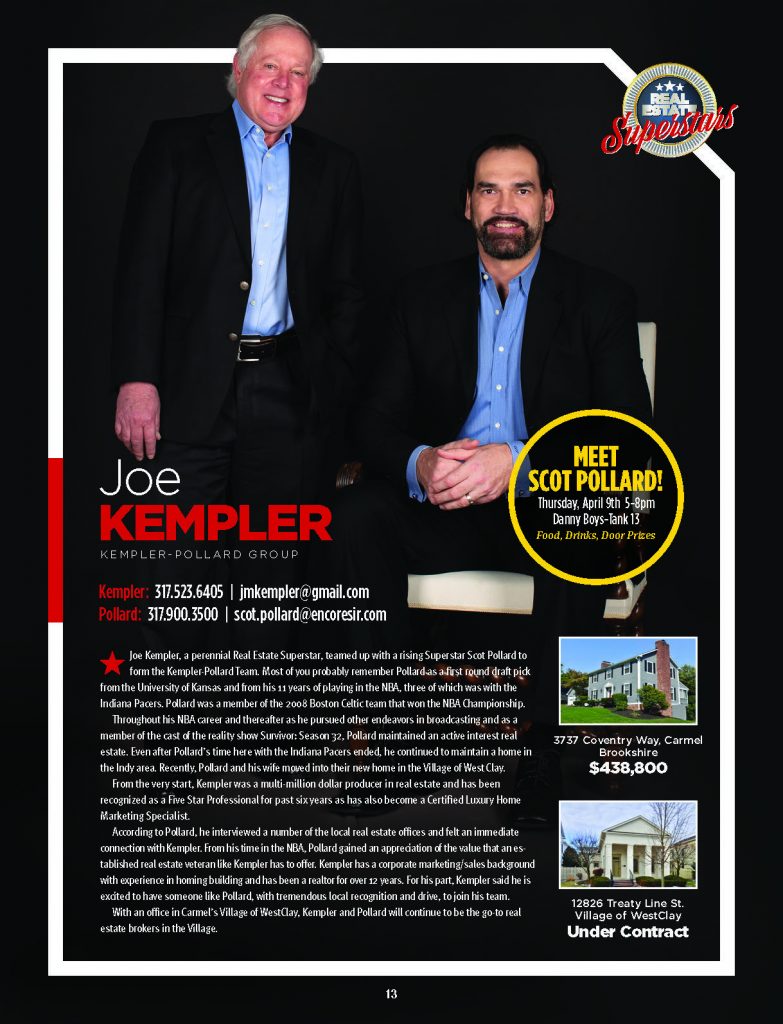 Pollard was a former first round draft pick, 11-year veteran of the NBA, and  a member of the 2008 Boston Celtics that won an NBA Championship.   Many of you may remember Pollard when he played for the Indiana Pacers for the 2003-2006 seasons.  During his time playing at the University of Kansas and the NBA, Pollard was always known as a hardworking player who excelled in the less glamourous areas of defense and rebounding. Pollard plans to bring that same gritty drive and work ethic to help the clients of Kempler-Pollard Group.

Since his playing days ended, Pollard has worked in broadcasting doing color commentary for games across the country for NBA TV and TNT, acted in a few movies and was a contestant on the 32nd season of the hit television show, Survivor.   Throughout his NBA career and thereafter as he pursued these other endeavors, Pollard has always maintained an active interest real estate.  Even after Pollard’s time here with the Indiana Pacers ended, he has continued to spend a real deal of time in the Indy area. Recently, he and his wife moved into their new home in the Village of West Clay.

According to Pollard, he interviewed a number of the local real estate offices and felt an immediate connection with Kempler. From his time in the NBA, Pollard gained an appreciation of the value that an established real estate veteran like Kempler has to offer.  Kempler has an architectural background, experience as a home builder and has been a realtor for over 12 years. For his part, Kempler said he is excited to have someone like Pollard, with tremendous local recognition and drive to serve their clients, join his team.