An Occasion to be Grateful

During the holiday season in 2002, Josie Serrano signed her family up for support through the Good Samaritan Network (GSN) of Hamilton County, Inc. Her family was picked as one of the families for the Shop with a Cop of Noblesville program led by Jon Williamson with the Noblesville F.O.P. #198.

Noblesville police officer Matt Johnston and his family were paired with Serrano and her family that Christmas. Little did the two families know that the bond that they formed would be tested and would later prove that family is defined not always by blood but with love. 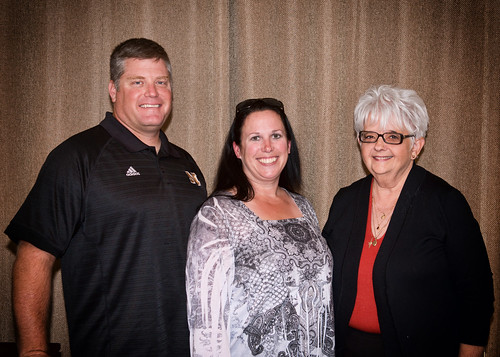 Matt’s wife, Beth, introduced Serrano to Nancy Chance, Founder/Executive Director of GSN, in 2002. Serrano would never take anything without giving something back, so she wanted to assist GSN as an interpreter.

The friendship between the Johnstons, Serrano and Chance grew strong over the years. Serrano and her family joined and attended the same church, strengthening their bond with the Johnstons and Chance. Serrano continued interpreting for GSN for 12 years.

On March 22, 2013, Serrano was diagnosed with stomach cancer. She immediately contacted the Johnstons and Chance. After battling her cancer for a year with courage and grace, her prognosis became terminal. Two weeks before she passed, Serrano asked Chance to assist her with making arrangements for the care and protection of her children. Serrano also implored the Johnstons to look after five of her children who lived with Serrano and her husband, Andres, the children’s stepfather, should he be unable to financially care for the children.

During this time, Chance called Neighborhood Christian Legal Clinic, which is part of GSN. Through this connection, Chance was introduced to attorney Herbert Jensen of Indianapolis. Jensen agreed to assist with the case. He visited Serrano and her husband while she was hospitalized.

It was her wish that all of her children be kept together. Serrano had eight children total, two of which were Andres’ biological sons. Out of love for his dying wife, he agreed to take custody of the rest of the children. GSN paid for Jensen’s legal fees to begin the custodial process. He took great care in taking all of the proper steps to ensure that custody was in place.

On March 5, 2014, Serrano died. Some of her estranged family members suddenly arrived, and before their mother’s funeral, five of her children were taken without notice or legal permission across state lines by their maternal grandmother. They left behind all of their possessions and were not allowed to say goodbye to their siblings or stepfather. Most tragically, they were denied a proper farewell to their beloved mother.

Out of love for Serrano and her children, the Johnstons and Chance began the painstaking mission to find the children and bring them home. While the search for the five missing children was underway, Serrano’s widower, Andres, moved to Indianapolis to be closer to his sister who had moved in to help with he and Serrano’s two boys and his other son.

He and the Johnstons discussed that if they were successful in bringing the children back that, at his request, they would stay in the care of the Johnston family. He promised to keep in close contact, so that the siblings would never be estranged.

Meanwhile, Beth Johnston got information on the children’s whereabouts from a cousin of Serrano’s in Texas. They were staying with relatives in the Pasadena area. The Johnstons wasted no time in meeting with Jensen for legal advice and assistance. The meeting with Jensen started the change of custody of Serrano’s five children from their stepfather to the Johnstons. The custody was granted, and plans were being made for the next step.

Jensen gave the Johnstons the phone number of attorneys located in Pasadena who are associated with Neighborhood Christian Legal Clinic. Legally armed with all of the information and documentation necessary, they were ready to bring Serrano’s children home.

Matt had worked with Grace Church security and had developed a friendship with Ken Heiny, coordinator of Grace Security Safety Team. Heiny committed to Johnston that he would go with the Johnstons to Texas and assist in their rescue mission. Heiny, a veteran police officer with years of experience, a calm spirit and a passion for kids, was ready for the pursuit.

During this time frame, Serrano’s eldest child, José Perez, had somehow convinced his maternal grandmother to allow him to return to Indiana. Perez was reunited with the Johnstons and joined them on their mission to retrieve his sisters. Time was of the essence.

The children had been frequently moved from various locations, attending as many as five different school districts within a year and were forced to leave what little belongings that they had behind with each move. The fear amongst the Johnstons and the agencies involved was that the children’s family members would take them across the U.S. and Mexico border and be lost to them forever.

Johnston had engaged his colleagues on the Noblesville Police Force for advice on the steps they should take to rescue the girls. The success of the mission relied heavily upon the collaboration and assistance from the Pasadena Police Department. Calls were made to the PPD, and though no promises were made, the Johnstons were advised to proceed with the process. 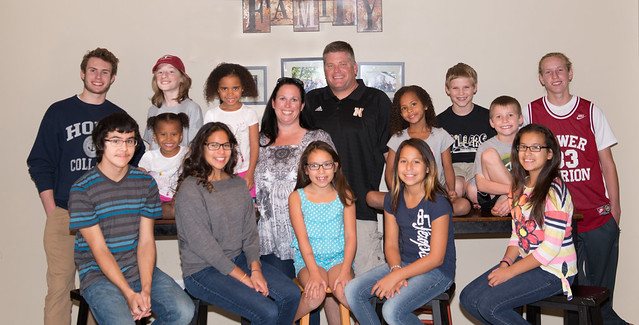 On March 27, the Johnstons, Heiny and Perez took off for Pasadena, Texas, with a borrowed, 15-passenger van. They arrived on March 28. They stopped at a Pasadena Police substation and explained their situation to one of the officers who identified with the situation. The officer had experienced a similar situation as a child, and if it had not been for a Christian family who intervened, he said he and his siblings would not be where they are today.

He convinced his boss to go along and help with the negotiations. When the entourage arrived outside of the home that the children were being held in, the Pasadena officers went in and engaged the family first. The Pasadena officers then brought young Perez in.

Eventually, the sisters and Perez talked with the Johnstons, and after some intense but civil exchanges of dialogue among all who were present, Serrano’s five children got into the Johnston’s van and headed back to Indiana. The mission had been accomplished without any further major incidents.

By March 29, all of Serrano’s children were back in Indiana. The Johnston’s five biological children, three adopted children and Serrano’s five rescued children spent spring break together, bonding as a newly formed family.

All of Serrano’s children got together for a reunion before preparing to go back to school, their fifth school district that school year. Helping the children to re-acclimate were friends of the family, Susan Starkle and Cheryl Atchley. They had been in constant contact with their stepfather, Andres, and were a crucial part of this story by assisting monetarily with the legal custody plus helping the children with their adjustments to their new environment.

Matt and Beth just recently celebrated 18 years of marriage. They said that they always wanted a large family. Faith is the keystone of their household of 15. A well-organized schedule also helps to keep the harmony. Everybody pitches in and helps one another.

Beth shared that the children have transitioned well during this school year. “The kids are doing really great,” she said. “They are thriving, and though we had some rough weeks this summer, everybody’s melded into a really great group. We are truly a blessed family.”

As the Johnston household prepares for their first Thanksgiving and Christmas holidays together as one family, Serrano’s children are happy and healthy and become more entrenched in the Johnston family every day. 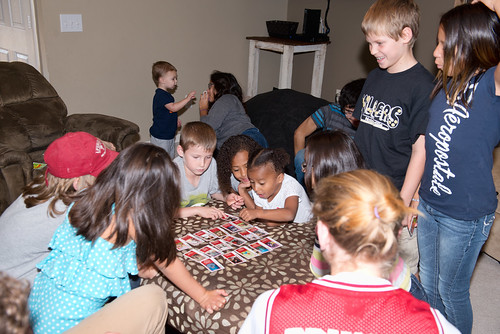 “Josie’s story is one that shows collaboration, dedication to the family and a passion for a wrong to be right again,” Chance reflected. “These agencies who all came together made a life-changing experience for five young children. Their feat was nothing but miraculous and shows what partnership and working together can do to change a situation as well as lives. I am so proud of the way everyone came together, but as you can see from their story, if any one of them had not stepped up at the right time, then the end result would have been quite different.”