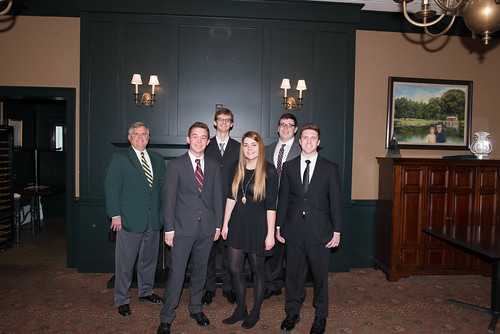 As the directors and leadership of the Western Golf Association are actively preparing for this year’s BMW Championship, scheduled to be held September 6-11 at Carmel’s Crooked Stick Golf Course, they also want the public to be aware of the principal purpose behind the championship. What the general public may not know about this renowned championship is that in addition to bringing the greatest golfers in the world like Rory McIlroy, Jason Day and Phil Mickelson in to grace the well-manicured fairways out at Crooked Stick, the profits from the tournament are one of the primary fundraising mechanisms for the Evans Scholars Foundation.

Recently, 11 Indiana students, mostly high school seniors, received a fateful package stating, “Congratulations, you have been selected.” These 11 individuals are the 2016 recipients of a Chick Evans Scholarship, a full four-year housing and tuition college scholarship awarded to young people who have a strong record as a caddie, excellent academics, demonstrated financial need and outstanding character. The prized scholarship is valued at more than $80,000 over four years. 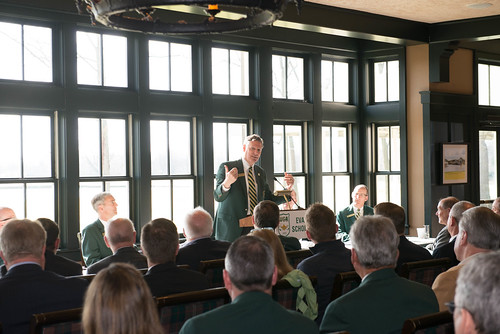 The Western Golf Association, headquartered in Golf, Illinois, has supported the Chick Evans Scholarship Program through the Evans Scholars Foundation since 1930. Charles “Chick” Evans Jr., a famed Chicago amateur golfer, founded the program specifically for caddies who wanted to go to college but did not have the means to attend. Evans was a highly accomplished amateur golfer who was the first person in 1916 to win the U.S. Open and the U.S. Amateur Championships in the same year.

Evans was a caddy growing up as a young boy that went to college for a year and had to drop out due to financial hardships. Later in life, he recorded instructional albums for golfers and put his earnings into a trust and formed the Evans Scholars Foundation that sponsors the scholarship program today. Currently, there have been over 10,0000 individuals who have received the Evans Scholarship.

On February 3, we attended the last step in the competitive selection process in becoming an Evans Scholarship recipient. This requires the candidate to appear before a selection committee comprised of ESF Trustees, WGA Directors, Evans Scholars Alumni and other interested guests. Each candidate bravely stood before a room packed with approximately 50 adults and fielded questions for 15 minutes.

Imagine yourself as a high school senior stepping up to that podium knowing that your responses to the questions from this august group could result in your being awarded an unbelievably life-changing academic opportunity. The finalist we saw performed with an amazing style, confidence and grace well beyond their years.

“Based on their excellence in the classroom and their service to their schools and communities, there is little doubt that these young men and women have earned this life-changing opportunity,” said John Kaczkowski, WGA president and CEO. “We welcome them to the Evans Scholars family. It is a lifelong program, and the scholars form lifelong bonds with their fellow alums. Many alums stay engaged their entire lives, either through donating back into the program for future scholars or as a mentor. Our mission is to support the foundation, and the BMW championship is the biggest vehicle that we have to promote and as a fundraiser for the foundation.” 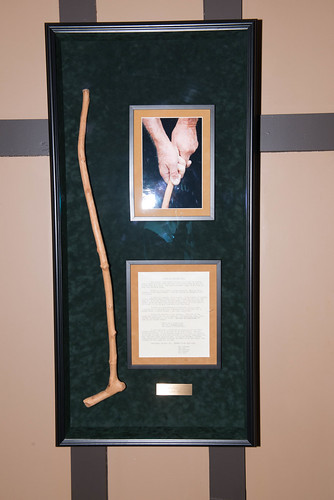 Crooked Stick Golf Club president Nick Deets shared with us the history between the club, the WGA and what value hosting the BMW Championship brings to the Evans Scholars Foundation.

“Hosting the BMW Championship is great for our golf club,” Deets said. “This tournament brings in the 70 best, world class golfers in the world to Carmel, Indiana. This will be our second time in five years to host the tournament, which is extraordinary. Crooked Stick Golf Club has had a long-term relationship with WGA. We have been for one their largest supporters in the Midwest for more than 10 years.

“We hosted the 2012 BMW Championship that was the ‘PGA Tournament of the Year,’ at which we raised over $3 million for the ESF. We hope to do that well, or better, in 2016. We do this to raise money to send great young men and women to college for free. There cannot be any better goal and purpose for the tournament than that.”

Carmel resident and finalist Hayden Bauschka is a Carmel High School graduate who is completing his second semester as a freshman at Purdue University. He is an exception to the usual Evans Scholar in that he is already enrolled in college but most certainly met the criteria to earn his scholarship so that he can continue his education and achieve his goals.

“I am currently studying engineering management,” Bauschka said. “I was born in Louisville and lived in several places before moving to Carmel. My parents are divorced, and my mom, Cindy, works hard to provide and take care of the daily expenses.”

Bauschka needed to work in high school, and so he became a caddie at Prairie View and Wood Wind golf courses. He said that it was Matt Cohoat, one of caddy masters at Prairie View, and Jake Peacock, the head golf professional at Wood Wind, that encouraged him to apply.

Westfield High School seniors, Andrew and Megan Hedges, began caddying at Wood Wine and Prairie View Golf courses two years ago. Their younger twin sisters also caddy. They were inspired by their father, Rob, who along with his twin brother, were Evans Scholars.

The greatest aspect of caddying for Andrew is the relationship building.

Hedge’s twin sister, Megan, spoke about the challenges of being a caddy. 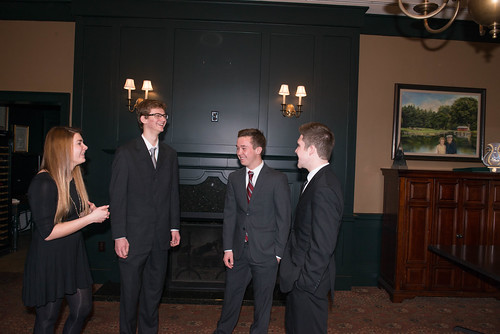 “Being a caddy is a great experience,” she said. “I think the most challenging part is learning how to strike up a conversation while on the course. It has helped me to improve my conversation and social skills.”

The twin siblings both credited their brother Jeff and Matt Cohoat, whom they have both caddied for, noting that they have encouraged and inspired them throughout the entire application process.

Ethan Parsley will be attending the IU Kelley School of Business, studying business management or finance and minoring in music theory. His great-uncle, Mike Bell, is an Evans Scholar alum and is a member of the Indiana Golf Hall of Fame.

“He was a big inspiration for me,” Parsley said. “One of my passions is music theory, and I want to minor in that at IU. I play the trombone and have been in the marching band and my school choir. I am a member of the National Honor Society and a participant in the Music Theory Bowl at Westfield High School.” Coming from a large blended family, this scholarship is also life changing for Parsley.

Carmel resident and a member of the board of governors among his other roles for the ESF and WGA, M. Johnston Erwin elaborated on the life experiences that the scholars gain once they begin college life.

“We have 14 houses around the midwest, one at Purdue and one at IU,” Erwin explained. “Part of the scholarship is the opportunity for the education. That, of course, is the part that matches with the university, and the second part that we believe is equally as powerful as the first is the living experience. With both houses combined at IU and Purdue, there are over 100 of our scholars. The houses are self-governed, and there is a leadership structure in place. Each house has a faculty advisor from each of the universities that helps modulate that. The houses are fully-coed and managed by the students, so that they learn how to participate with their peers throughout their college careers.”

“The wonderful part about the upcoming BMW Championship is that the net proceeds fund the scholarships for the kids who really need and are deserving of them,” enthused Vince Pellegrino, senior vice president of the WGA and an Evans Scholar alum. “We continue to spread the word about this great program and want to continue to fill the candidate pool. Applicants need to caddy for a minimum of two years, qualify for the financial need for the scholarship and make good grades. The scholarship program truly is an impactful program that changes the lives of these young people.”

So, as you see Rory, Jason and Phil circling Crooked Stick this summer at the BMW Championship, think of the future young people like Andrew, Megan, Ethan and Hayden whose lives will be changed by this event.

To learn more about the WGA and ESF, visit wgaesf.org. For more information and tickets to the BMW Championship 2016, visit bmwchampionshipusa.com.