"Wig'd Out" with Olivia Rusk

Throughout July, a movie was filmed on location at various sights in and around Noblesville. The movie is called “Wig’d Out” and is based on the story of Olivia Rusk, a recent Fishers High School graduate who happens to be bald.

The cast and crew utilizes talented national and local actors, musicians and a local filmmaker from Noblesville. “The idea to create a movie started in 2007, and it’s exciting to see it turning into reality,” says Sandy Rusk, Olivia’s mom. 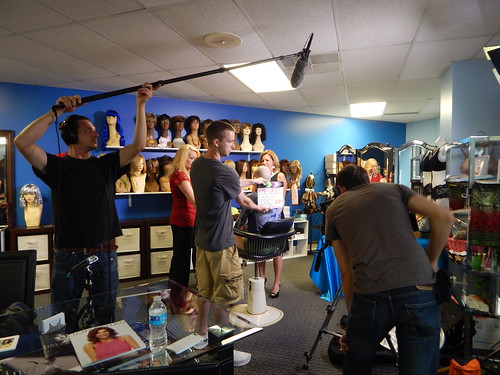 “Marc Price, best known for the role of Skippy in the hit TV series ‘Family Ties,’ will play the role of Chip Winkleton in ’Wig’d Out,’” shares Sandy. “Jose Sepulveda, an accomplished actor from New York City, Kayla Martell who was the first bald contestant due to alopecia in the Miss America pageant, and Marah Collins from the Lifetime TV series ‘Kim of Queens’ all have roles too.”

Olivia has alopecia, a rare autoimmune disorder that causes hair loss. She was initially affected by this disorder at 18 months old, and by third grade, Olivia gave up her wigs and the failed attempts to grow hair. “It was a pivotal day in our lives,” shares Sandy. “For it was that day Olivia decided to express her true self. It changed her life forever.”

Since that time, Olivia has proudly stayed bald. “People think I have cancer,” says Olivia, whose message of “It’s ok to be different” has evolved to encompass anti-bullying. “I have not experienced bullying personally, but I have other friends with alopecia who have. I stand up for them.”

Delivering her message of acceptance, Olivia wrote the book, “Just Your Average Teenager Who Happens To Be Bald” (2012), speaks frequently at schools and now will bring her message to the big screen.

“She’s always been so determined and focused since she was little. Her hair loss could have been devastating,” shares Sandy. “But Olivia has found strength and confidence in coping with alopecia. Our hope is to inspire others with the movie.”

“We have worked on the movie script for three years,” shares director Kate Chaplin of Karmic Courage Productions. “It’s exciting to be filming.” This is Chaplin’s 18th film. 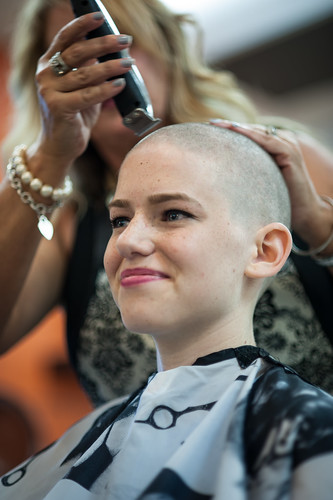 The actors include Carmel High School junior Georgia Simmons. “I was so excited to be cast in the lead! I’ve been in several short films, but this is my first feature,” says Simmons, who shaved her head for the role. “Olivia is such an inspiration, and I am proud to be involved in sharing her message this way.”

“Olivia’s personality is so bright,” continues Simmons. “She holds so much grace.”

Sandy adds, “I’d like to note that the girls used in the flashbacks portraying a younger Olivia, one does have alopecia – we did not shave her head.” The actress playing the younger bald Olivia is played by Kate Kelly, who drove up from Atlanta for filming. She has alopecia.

On set, special guests such as the Children’s Alopecia Project founder Jeff Woytovich, whose daughter has alopecia, came to watch some of the filming, and he and his daughters will have cameos.

“This is such a fun project, and we have such amazing support from so many,” shares Sandy. “We have amazing sponsors and are very excited about the local band of musicians providing music for our soundtrack,” shares Sandy.

The band, We Are Forever, is comprised of members Alex Ayala, Ricky Ayala, Aren Andersen and Alex Nauth, and they are thrilled to be a part of the movie. “’Wig’d Out’ is a fun venture for us,” shares Alex Nauth, whose band focuses on music for all ages. “The movie is a good fit for us since we like to inspire kids with our music, which fits with Olivia’s story.” 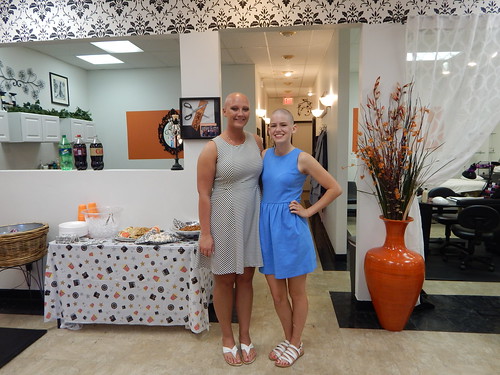 Olivia will continue to serve the community with public speaking engagements, and she will be attending Ball State University where she plans to study education for the deaf.

We Are Forever is about to release an album mid-August with their launch party on August 15. They will perform in Fishers at Studio 37, located inside Ji-Eun Lee Music Academy on 126th and Cumberland Rd.