What the Carmel FC Brings to the Field 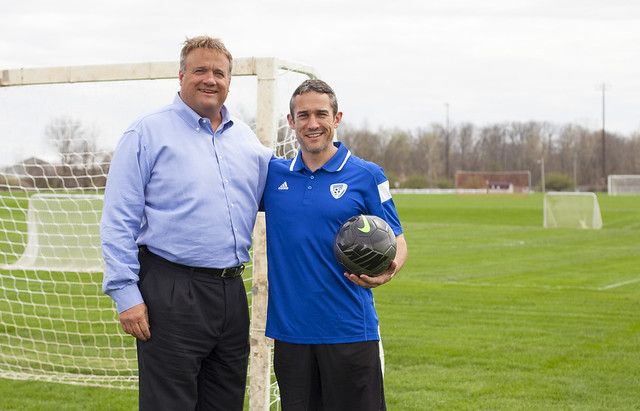 I recently took a stroll on the freshly mown fields at Bader Fields with Jack Beery and Paul Tefler with the Carmel Dad’s Club (CDC). Established in 1959, the CDC originated from some of the local fathers getting together with Carmel Clay School administrators who created a youth football program.

Today the CDC provides 13 different sports programs to approximately 12,000 boys and girls, representing about 6,000 Carmel Clay families, and are supported by 4,300 volunteers and a full-time staff of 10.

Beery, the president of the CDC, is a Carmel resident who was active in the club as a youth and is continuing the tradition with his own family. We discussed the evolution of the CDC over the past decades and the unyielding dedication of the families and volunteers who support the club in a litany of ways.

“The one thing that the founding fathers and those that have followed them have done well is that they have met the needs of the community by providing additional sports along the way,” Beery said. “Soccer is our biggest sport in the club with over 5,000 kids playing right now. The ages range from pre-K to seniors in high school.

“The popularity of soccer has just grown immensely, and with the addition of Indy Eleven League coming to the community this year, that has provided another energy burst with our registrations. We are very blessed to have three great facilities that we use for soccer, the Shelbourne, Badger and River Road Fields. All of these fields are grass fields and are great turf fields.”

The club is unique in many ways, but the fact that 99 percent of their coaches are volunteers and very qualified coaches makes this club distinctively notable. The CDC also has a close working relationship with the Carmel Clay Schools and high school coaches like Frank Dixon, Shane Schmidt and the school’s athletic director, Jim Inskeep. Together, they have advanced the club’s Carmel FC Soccer program into an elite travel program. 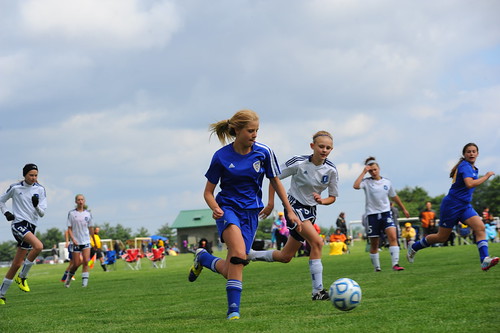 “I feel that in all of our sports, we need to give an opportunity for our kids to stay here and play in the community that they live in,” Beery emphasized. “I firmly believe that if we keep kids here, we can compete with any of the elite travel organizations out there in every sport.”

The Carmel FC Soccer program serves about 400 children of all ages and performance levels. The club, due to IHSSA rules, is exploring the option of opening up the program to youth players from outside the immediate community in the U14-U18 teams. Currently the rule states that a team may only consist of six players from one high school on a travel team.

While discussing the club’s programs, Beery shared with me a fact that many in our community may not know about the club’s advocacy for underprivileged children and families with children with special needs.

“We have over 500 kids in our Kids All Play (KAP) scholarship program,” Beery said. “If you qualify for the free and reduced lunch program through the Carmel Clay Schools, you automatically qualify for the scholarship through the CDC. I am so thankful that we have a board that thinks in this way and is creative. A lot of our corporate sponsorship supports our KAP program.

“The general public may not know that we also have a programming focused on serving children with special needs that was created by local families. We have over 150 kids that participate in these programs. We also maintain over 200 acres in all of our facilities. If it weren’t for our corporate sponsorships and our volunteers, we wouldn’t be able to give the kids and the families the great experience that we strive to provide them when they come out here.”

By virtue of having the assistant coach of the Indy Eleven Soccer League, Paul Tefler, as a participating coach for the Carmel FC, the league has hosted camps at the CDC.

Tefler, originally from Edinburgh, Scotland, and now a Carmel resident, is a dedicated member of the CDC. His teenage son is active in the club, and Tefler predicts that his 3-year-old daughter will eventually be as well. 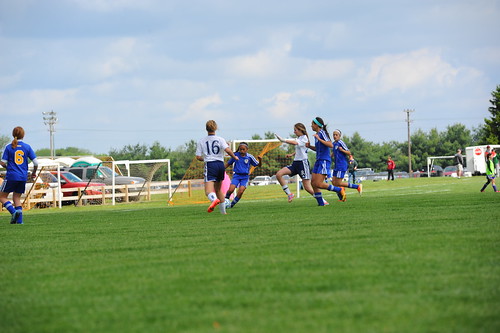 Tefler brings years of experience to the field. He was a professional footballer in the Premier League and Scottish Premier League and played just under 150 times for Luton Town where he played with Jeurgen Sommer, the head coach of the Indy Eleven League. Sommer is responsible for bringing Tefler over to the U.S. and into Carmel to build up the professional league that has created a fan phenomenon and appreciation of soccer throughout the state of Indiana.

“Sommer introduced me to Beery, and he talked with me about how there was a big desire from the local soccer community to keep developing the Carmel FC program. We seemed to be on the same page from the beginning, so I became involved. It is a really good local program for local kids who will hopefully get a really good education in soccer, and their parents aren’t driving miles to take their kids to soccer programs or games. If they aren’t driving miles to go the training or the games, they’re spending more time with their families and less time in their cars.”

Tefler brings an even higher level of soccer curricula and skills discipline that is delivered to the programs’ coaches to further develop their players.

“Our kids needs to learn the fundamentals, repetition and time with the soccer ball,” Tefler concluded. “Whether the kids win or lose isn’t a yardstick on how they are developing. Winning is good, but we are focused on how our players are winning and if they using the skills that we are training them to use.”

For more information on the Carmel Dad’s Club and the Carmel FC Soccer program, visit their website at carmeldadsclub.org.