Margaret Peterson Haddix is a world-renowned children’s author. She has since written more than 25 books for kids and teens, including 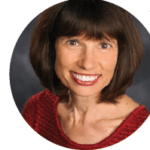 Running Out of Time; Don’t You Dare Read This, Mrs. Dunphrey; Leaving Fishers; Just Ella; Turnabout; Takeoffs and Landings; The Girl with 500 Middle Names; Because of Anya; Escape from Memory; Say What? The House on the Gulf; Double Identity; Dexter the Tough; Uprising; Palace of Mirrors; Claim to Fame; the Shadow Children series; and the Missing series. She also wrote Into the Gauntlet, the tenth book in the 39 Clues series. Her books have been honored with New York Times bestseller status, the International Reading Association’s Children’s Book Award; American Library Association Best Book and Quick Pick for Reluctant Young Adult Readers notations; and readers’ choice lists in more than 29 states.

Haddix and her husband, Doug, now live in Columbus, Ohio, with their two children.
“When I was a kid, I didn’t think that being an author was something that “real” people got to do. So, it was very hard to see what path I could follow to achieve my dreams. One of the reasons I love meeting kids through library outreach programs is so I can say to them, ‘If I can do this, you can, too. It’s possible! I am a big fan of libraries in general, and I love that they find multiple ways to bring together books, readers, ideas, and authors. Having an author speak at a local library enables authors and readers to have more of a complete dialogue, instead of a conversation that only goes in one direction. I learn from readers, and I hope that they learn from me, too!”

Children of Exile
Rosi must decide what she’s willing to risk to save her family—and maybe even all of humanity—in the thrilling first novel of a brand-new trilogy. For the past twelve years, adults called “Freds” have raised Rosi, her younger brother Bobo, and the other children of their town, saying it is too dangerous for them to stay with their parents, but now they are all being sent back. Since Rosi is the oldest, all the younger kids are looking to her with questions she doesn’t have the answers to. She’d always trusted the Freds completely, but now she’s not so sure. 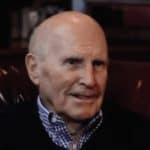 Dick Hall is a retired Indianapolis business executive. In 1977 he was kidnapped, marched through the streets of Indianapolis with a shotgun wired to his neck and held hostage at gunpoint for 63 hours by a disgruntled client named Anthony Kiritsis. Law enforcement agencies and an Indianapolis radio broadcaster frantically negotiated to save Hall’s life. The story made national headlines and earned a Pulitzer Prize for an Indiana photographer. In his new book, Kiritsis and Me: Enduring 63 Hours at Gunpoint, Hall reveals the details of the harrowing incident he has not discussed publicly for 40 years. He is a graduate of Purdue University and a U.S. Navy veteran. 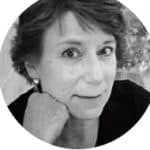 Lisa Hendrickson
Lisa Hendrickson is owner of Lisa Hendrickson Communications. Her most recent projects include serving as editor and project manager of the official State of Indiana bicentennial commemorative book, Indiana at 200: A Celebration of the Hoosier State, and assisting Dick Hall with his memoir recounting his kidnapping by Tony Kiritsis in 1977. She is currently working on the biography of three generations of enterprising Western pioneer women—among them, the first woman to own and operate a dude ranch in Montana. Lisa served as director of communications at Park Tudor School for 17 years. She started her career as a journalist, working as statehouse reporter and television news producer, and then handled public relations and media relations for Ameritech and Merchants National Bank.

“I’m grateful that libraries offer opportunities for readers to make personal connections with authors. As a reader, I love hearing authors talk about writing because they offer background, dimension and depth. As a writer, it’s rewarding to talk about the process of crafting a story. The book Dick Hall and I will discuss at the Carmel-Clay Library in May—Kiritsis and Me: Enduring 63 Hours at Gunpoint—is a familiar story to people who lived in the Indianapolis area in 1977. Many may want to know more, since Dick has not spoken publicly about his kidnapping by Tony Kiritsis for the past 40 years and is now ready to share his experiences. We’re pleased that the Visiting Author Series offers the opportunity for curious readers to learn more.”

Kiritsis and Me: Enduring 63 Hours at Gunpoint
On a raw February morning in 1977, Indianapolis police radio frequencies crackled with the first acts of what was to become a bizarre and frightening, three-day-long psychodrama. A man named Tony Kiritsis had wired a shotgun to the back of Richard Hall’s head. In a type of manic march, Kiritsis nudged and shoved Hall from his downtown Indianapolis office over piles of snow on midtown streets. Kiritsis was belligerent. Kiritsis fingered the trigger with his right hand as he held the barrel in his left, prodding Hall. It was cold. Both men were in shirtsleeves. Citizens and police were simply stunned by what they saw.

The cursing and screaming Kiritsis commandeered a police car and sped off to the west. Something was about to change in American media coverage, and forever in the life of Richard Hall. For three days his angry, ranting captor threatened to kill him as radio, television, wire service and newspaper reporters covered every turn of event.
We have waited four decades to hear more of the story. Richard Hall now shares his singular experience of being the victim of an historic act of terror that seized the world’s attention and ushered the media into an unpredictable new world.
– Foreword by Tom Cochrun, former reporter WIBC radio and WTHR13 news anchor, from Kiritsis and Me: Enduring 63 Hours at Gunpoint 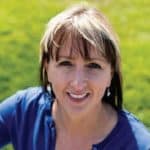 Tammy Kaehler is a mystery writer wrapped around auto racing. But before trying her hand at fiction, she established a career writing marketing materials, feature articles, executive speeches, and technical documentation. A fateful stint in corporate hospitality introduced her to the racing world, which inspired the first Kate Reilly racing mystery. Tammy works as a technical writer in the Los Angeles area, where she lives with her husband and many cars. Her latest book, Kiss the Bricks, is her 5th Kate Reilly mystery.

Kiss the Bricks
At the end of the first practice session for the iconic Indianapolis 500 race, Kate Reilly is stunned to discover she was the fastest driver on the track. She’s even more surprised to learn she wasn’t the first woman to top the speed charts in the race’s 106-year history. That feat was accomplished in 1987 by PJ Rodriguez, who shocked the racing world by committing suicide ten days later. When the press, bloggers, and social media go crazy over the connection between PJ and Kate, Kate begins to lose her identity – suddenly everyone’s comparing Kate and PJ, and wondering if Kate will kill herself, too. Under siege from various trolls live and digital, Kate feels PJ’s story deeply. So, she’s impelled to listen to PJ’s family – who claim PJ was murdered. And she agrees to help them find PJ’s killer and restore her reputation…30 years after the fact.

Presentations are free to the public. Registration is required by emailing the Foundation office at karland@carmel.lib.in.us or by calling (317) 814-3984. For a complete calendar of events, including the upcoming Summer Challenge beginning May 22 through August 14, visit www.carmel.lib.in.us