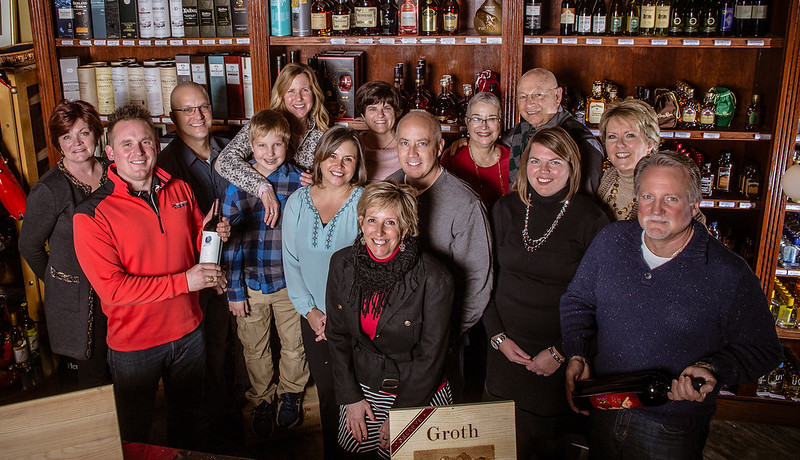 Giving back shouldn’t end as the holiday season wraps up, and one event allows for guests to give to three local charities while enjoying a night out.

Vines for Life is celebrating its fifth year, and this year will be bigger than ever. The Hawthorns Golf & Country Club will be full of wine, craft beer and craft liquor for guests to taste, all donated by Ray Cox, a Geist resident and owner of Elite Beverages and Towne Liquors in Noblesville.

“Every year we have raised more and more money for those local Geist charities,” said Ray. “They’re great people, it’s a great cause and they are all cancer charities. We just want to do our best to give back.”

Vines for Life gained inspiration after Geist Community Newsletter publishers Tom and Jeanne Britt had been working with Creating Hope.

“This all started in 2004 when Tom and I met Tina and John Gianfagna,” said Jeanne. “They were hosting a walk in Windermere to benefit their late daughter Jeanette’s charity called Creating Hope. We were instantly moved by their story and their passion to help cancer patients deal with the struggles of chemotherapy. I lost my mother in 2001 to cancer, and in her final year I witnessed her having so much pleasure doing crafts and painting. Their mission instantly resonated with me.” 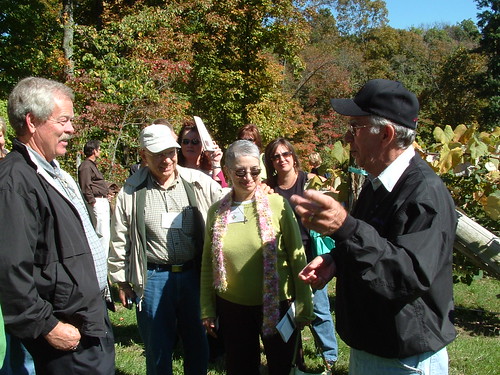 John and Tina Gianfagna (center) at one of the first Southern Indiana Wine Tours hosted by the Geist Community Newsletter in 2006.

In 2005 the Britts took a bus filled with Geist residents to tour wineries in Southern Indiana and meet the people behind Creating Hope. After three years of trips, they had raised about $4,000. From there, the Britts decided they wanted to do more.

“Through a twist of fate, we were blessed to host Ray Cox with Elite Beverages and Susan Cotter with Republic National Distributing for a dinner at the Indianapolis Yacht Club,” said Jeanne. “We talked about our traveling wine tour and the desire to do something bigger close to home. By this time, Tom and I had come to know two other local cancer charities, Team Luke and the Indy SurviveOars. The idea of having a wine tasting for all three charities was born and we had the commitment from Elite Beverages to provide the wine and a willing host in the Indianapolis Yacht Club.

“Our first event was in 2010 and it sold out with over 200 attendees. Since that time, we’ve outgrown the Yacht Club and moved the event to the Hawthorns Golf & Country Club to facilitate the growth in attendees and tastings. To date we’ve raised over $100,000 for these three Geist cancer charities.”

All three groups support local people dealing with cancer. And the support from the community has been overwhelming. Jeanne credits the local feel and the spirit of the charities for the success of the event.

“The fact that people can help their neighbors is a huge draw for local residents. We’ve found that people who volunteer and help these local charities also have the biggest hearts and are the most inspiring to be around. Fill a room with locals all passionate about helping others, add in some wine, craft beer and craft spirits from around the world and you have the recipe for an awesome event.”

The event will have more than just drinks, there will be hors d’oeuvres and live music for guests to enjoy while there. Guests will also be able to take part in a silent and a live auction as well as our ever popular wine pull and a special raffle in celebration of our 5th Anniversary. The live auction features many prizes that include a Wyoming Ranch trip, the Bourbon Country Experience and the Downtown Indy Experience, which will include a stay at The Alexander. The silent auction will have bottles of wine, restaurant gift cards, merchandise and more.

Vines for Life is January 16th, 7-10 p.m. Tickets are $75 and can be purchased at Ameriana Banks located at 11991 Fishers Crossing Drive and 11521 Olio Road.  And online at vinesforlife.com.