PAID FOR BY VICTORIA SPARTZ FOR CONGRESS

As we all know, politicians love to talk a great deal about the American dream; however, few can legitimately say they have lived it. Victoria Spartz, Republican candidate for Indiana’s 5th Congressional District, is one of those who speaks from experience. Having come to the United States 20 years ago from Ukraine, Spartz has lived the American dream firsthand. As a result, Spartz feels a strong responsibility to step up and give back to the country that has provided her so many opportunities.

In outlining one of the reasons she is running for Congress, Spartz said, “…I want to give what I can to this country, to the hardworking Hoosiers who are struggling now and to their children who deserve the same freedom and opportunity that have always been the American experience. I will do my best to get our economy back on track, strengthen our foundations and protect our rights.”

Extensive Experience as a Business Owner and CPA

Spartz acknowledges that politics was not her first choice of endeavor in the U.S. She arrived in the U.S. with a master’s degree in international business from a university in Ukraine and added a master’s in accounting after coming to Indiana before earning her license as a certified public accountant. As a CPA, she worked for the Big Four public accounting firms auditing complex publicly traded Fortune 500 companies, taught at the IU Kelley School of Business in Indianapolis and served as the CFO of the Indiana attorney general’s office.

With regard to her work as a CPA, Spartz stated, “The public accounting profession is a high-integrity and high-accountability profession that gave me an enormous understanding of businesses and finances in a variety of industries. I was auditing manufacturing firms all over the country even as I was pregnant with our first child. I audited insurance, banks, pharma, health care, consumer finance, investment funds, consumer goods, government entities, and I worked on a variety of major projects, including training and auditing auditors. However, the travel was taking a toll on my family, and we decided to expand our farming business so I could spend more time in town with my family…”

Spartz met her husband, Jason, a lifelong Hoosier, on a train in Europe soon after the fall of the Soviet Union. Spartz came to the U.S. and central Indiana in 2000, got married and has two daughters.

As Spartz’s family and her family’s business of farming and real estate grew, she became more aware of the complicated structure that stifles small businesses. “I had a hard time navigating the taxes and regulations, even with two master’s degrees and extensive business experience,” she says. “How in the world can you make it as a small business owner?”

Dedicated to Making the Economy a Top Priority

Spartz was very active in local civic and political projects long before she decided to run for Congress. “I realized aspects of our government started to resemble the kind of socialism I grew up under in Soviet-controlled Ukraine, and I had to do something about it,” she says. “I got involved with the Republican Party, became president of the Hamilton County Republican women and went against the ‘good old boys club’ to become vice chair of the Hamilton County GOP and Indiana state senator in 2017.”

Victoria found out the hard way that politics isn’t easy. “When you run for office, you lose an enormous amount of your personal freedom,” says Spartz. “You also face attacks, which are expected, and lies about you and your family. I also found that a woman has to work much harder to prove herself; an immigrant woman, even harder.”

Spartz Is Not a Career Politician

Spartz considers herself to be independently minded and conservative. “The career politicians in both parties have catered to special interests for too long, and it creates corruption and breeds a system where only the wealthy and well-connected have a say in government,” she says. “That’s exactly the system I lived under in socialist-controlled Ukraine and what Washington has increasingly become. The only people who have a say under big government are the elites.”

Spartz Will Work to Protect Our Freedom for Future Generations

“I do not want to look back on my life and regret that I did not try to do something impactful to ensure our children grow up in a better, fairer, freer country than the one we have been entrusted with,” says Spartz. “We’ve been given a gift of freedom as Americans, and it’s our responsibility to pass it down to future generations.”

Spartz expands on a quote from another strong woman who had to contend with the “good old boy network,” Margaret Thatcher. It was Thatcher who said, “Europe was created by history. America was created by philosophy.” “I would just add, by philosophy of freedom and equal protections of people’s rights to be free,” says Spartz. 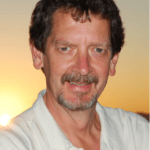