A Treasure from “Sullivan’s Island” is coming to Carmel 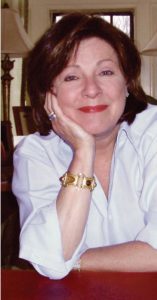 Frank debuted on The New York Times Best Sellers list at number nine with her first novel, “Sullivan’s Island” (Berkley Publishing 2000) that has over one million copies in print and has been published in 10 foreign languages. Subsequently, several of her novels were NY Times best-sellers and/or can also be found in various languages. Her 19th novel, “By Invitation Only,” will be released May 15.
Born and raised on Sullivan’s Island, South Carolina, Frank’s affinity for the Lowcountry of South Carolina was fostered while growing up in the family’s nearly century-old house along with her four siblings. She graduated from The Fashion Institute of America in 1972. For a short period, she lived in Atlanta and was employed in the Atlanta Apparel Mart by College Town Sportswear. She returned to Charleston, SC, in 1973 and became a buyer for Kerrison’s Department Store. In 1974, she was hired by Byer California and moved to San Francisco. A year later, she moved to New York City and went to work on Seventh Avenue for Fire Islander Sportswear, Heralcorp Industries and Michael Lerner before retiring in 1985.
She married Peter Richard Frank in 1983, and the couple moved to Montclair, NJ, in 1985 where they raised their two children, Victoria and William.

Frank was in her 40s when her mother suddenly passed away. Her mother’s house became a point of contention between Frank and her husband.

“I asked my husband to please buy my mother’s house on Sullivan’s Island,” Frank recalled. “He [Peter] said to me, ‘If you think that I’m going to spend the rest of my life there listening to your crazy relatives tell the same stories over and over again, I’m not doing it.’ I said ‘Okay,’ and I decided to figure out how to buy it [the house] myself. I saw a book that was written by a popular writer, and I thought to myself, ‘What does she got that I don’t have?’ So, I bought this book and read it in about three hours, and I thought that I could write something like this in 30 days probably. It took two years. I had never tried to write a novel before. I wrote this draft of “Sullivan’s Island,” which eventually found its way into the hands of a publisher, and it sold over a million copies.”

Suddenly, Frank had a new career. “I was like, ‘Wow, this feels good,’” she exclaimed. “One of the larger mistakes that I made earlier in my life was that I didn’t have my own money. My advice to women is to always have your own money.”

Turning her grief over the loss of her mother into a quasi-autobiographical novel, “Sullivan’s Island” 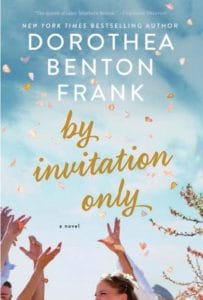 launched Frank’s professional writing career and gave her the means to buy her mother’s house in which she has written and continues to write her novels. She is currently working on two children’s books with her daughter, Victoria, in addition to her other projects and her volunteerism.

Frank has said, “Secretly, everybody wants to be southern.” Why? “The weather is better, and there is more sunshine in the South,” she said. “You get outdoors more often, and you live healthier – once you get past the barbeque and fried okra.”

Her novels depict life in the Lowcountry but are humorous, contemporary and relatable to practically everybody who reads them.

“Inspiration comes from everywhere,” Frank shared. “My first book was born out of frustration, no doubt about it. I want my books to entertain and inform, and I want somebody to be glad that they spent the time reading it. So I try to write a satisfying story about something that’s important in all our lives and is contemporary. I don’t think people read my books to get lost in them so much as they read my books to find themselves in them.”