The organizers of Artomobilia have announced the creation and addition of a first ever Vacation Class as part of this year’s automobile show. Appearing for the inaugural debut of this class are some incredible specimens owned by Lincoln enthusiast and visionary Phil G. D. Schaefer from Indianapolis. It began as a passion for collecting license plates from his family’s cars and the memories of cruising in his grandmother’s 1956 Premiere convertible that he now owns. But it led Schaefer to his lifelong collecting, restoring and also inventing his “ideal” Lincoln station wagon that the Lincoln manufacturers never produced.

Over the years, Schaefer has traveled to countless car shows, exhibiting the cars and campers from his expansive collection.

“I like big, slow cars like the Cadillac, Lincoln, Imperial and the Packard models,” Schaefer said. “For me, the bigger, the better. I like the 1950s and 1960s the best, but I’ve had a little bit of everything. I prefer these years for the design, outrageousness and luxury.

“My grandmother gifted me her 1956 Premiere convertible as my high school graduation gift. It was 20 years old at that time, and I completely restored it. I was able to drive my grandmother around in it, fully restored, for four more winters before she passed. She was given the option from my granddad to pick either a trip around the world or a fancy new car as a second honeymoon gift. Without hesitation, she chose the fancy car. She said it would last longer.”

While Schaefer expanded his Lincoln collection, he began to seek out a particular make and model that the Lincoln engineers had never designed and put into production, a Lincoln station wagon.

“I considered buying one of the mid-70s Cadillac clam-shell wagons, those custom ones with the Buick or Olds rear grafted on, but while that fit my need for something unusual or low production, while a luxury car, they still weren’t Lincolns,” Schaefer recalled.

“So my search continued. I happened on a 1978 Lincoln Town Car hearse one day and almost bought it, but decided I wanted a vehicle more ‘live’ passenger friendly; a hearse didn’t fit that requirement. I considered trying to put an early ’70s Mercury wagon roof on the same year Lincoln but saw pictures of one of the conversions done in Texas, and I did not like the way the tailgate and taillights were resolved. 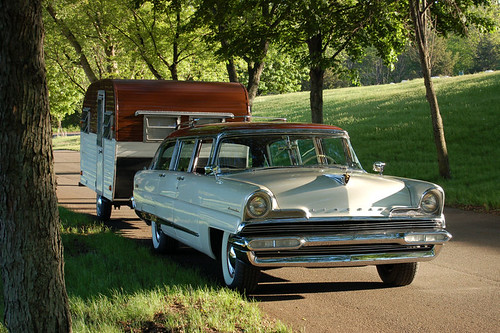 “Next I considered reversing the process, a Lincoln front clip on a Mercury wagon, but wanted a vehicle that was truly Lincoln, not an impostor. I was stumped. I called friend and LCOC member Jeff Stork, telling him my dilemma. He came up with the simple solution to build one myself.

“To create a station wagon with proper tailgate and load floor, I would have to find a Lincoln with vertical taillights. I would need to stretch my proposed wagon to give me real carrying capacity. Due to the restoration of my ’56 convertible and upcoming restoration of my ’56 coupe, I had by this time a small collection of ’56 parts cars, and now I had my vertical taillights.

“During this time, I attended the Charlotte Auto Fair and saw a display by the Carolina Rod Shop of Greenville, South Carolina. I was impressed. I then visited their shop where they were converting a ’38 Buick four-door sedan into a two-door convertible. I figured if they could do that, they could do my wagon. Early in 1996, after about a year-and-a-half of designing and buying parts and a bunch of extra trim, the parts and trim were sent on their way to that shop. 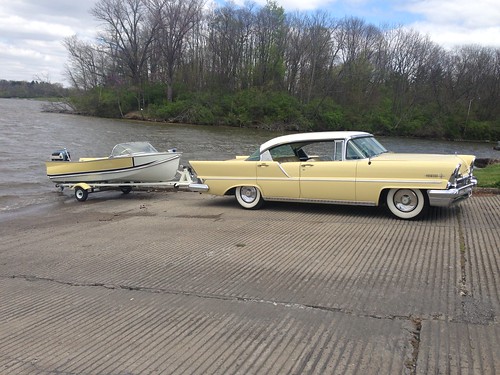 “I had to re-power it, adding air conditioning, cruise control, stereo and all the modern conveniences for the long drives to car shows or my vacation house. Re-powering was another specialty of the rod shop, so I was all set.

“The result was a station wagon/limousine that looks like it was built in 1956, similar to the Broadmore Cadillac wagons built by Hess and Eisenhart. I even created a fake ‘history’ that I showed with it, making spectators do a reality check with their knowledge of show cars from the ’50s.

“We had fun with the ‘fake’ history of the car as a fabulous show car by Lincoln at each of these shows, but it caught up to us at the Station Wagon Owner’s Club where arguments about whether it was a factory or modified car forced us to withdraw from judging. It was then mistakenly reported in Old Cars Weekly as being a true factory show car, so I had to print a retraction. I was then unceremoniously kicked out of the Station Wagon Club for my joke gone sour.

“I now display the wagon next to my stock sedan whenever possible to show a non-Lincoln person the extent of the changes done to the car and to show that it is not a factory prototype but a ‘radical custom resto-mod.’ I have since refined my display, so that most everyone understands that it is not a factory built station wagon/limousine, so she finally won Best Radical Custom at the World of Wheels show in Indianapolis in early 2000.”

Schaefer explained that it took three 1956 roofs to create the seamless roof for the Lincoln station wagon, and the folding seats, to keep with the functionality of a wagon, were taken from a Buick wagon and installed into his Lincoln.

While the newly added Vacation Class is a non-judged class this year at Artomobilia, it is without a doubt one that will quickly garner popularity and entertain the inquisitive nature of car enthusiasts. Stop over and see this fascinating collection of cars and outdoor recreational marvels, and be sure to meet Phil Schaefer who invented this awesome example of the human imagination.