The Club at Putnam Park: A Different Kind of Country Club 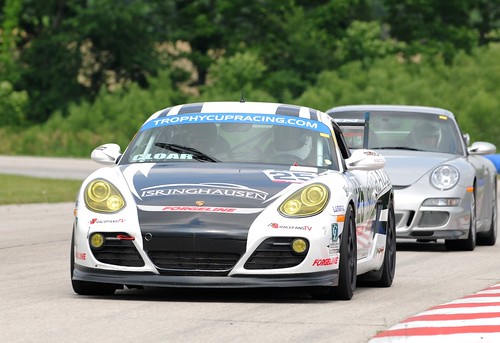 At nearly every country club, you hear members complaining incessantly about slow play. But not at The Club at Putnam Park. That’s because some of its members are wheeling around at speeds approaching 140 mph. Not in golf carts, though. This is a motorsports country club.

While it’s in rural Putnam County, you won’t find a dirt track, demolition derbies, Dale Jr. T-shirts or confederate flags. The club is built around Putnam Park, a world-class racetrack located only 50 minutes southwest of Indianapolis. In addition to access to a world-class track, members of The Club also get to relax in a clubhouse equal to those offered by the finest golf clubs in Indianapolis.

Putnam Park is a 1.8-mile asphalt track made up of 10 turns with a half-mile straightaway where members’ cars can reach speeds in excess of 140 mph. (I can attest to this!) The track was specifically designed with safety in mind, because it is, for the most part, surrounded by flat, grass fields with very few opportunities to make contact with any obstacles. If you unexpectedly leave the track, you’ll end up speeding through a grassy field rather than hitting a wall. This makes for an ideal circuit for amateur drivers who enjoy an occasional adrenaline rush and want to test the limits of their cars and their driving abilities.

Putnam Park came to be in 1990, when Richard Diasio and son Chris Diasio, a Zionsville resident and current owner of the track, started looking for a location to build a private race track. They settled on Putnam County because of its proximity to Indianapolis and the fact that there were few zoning restrictions.

The track also is a favorite venue for various local and regional sports car clubs and for corporate outings. 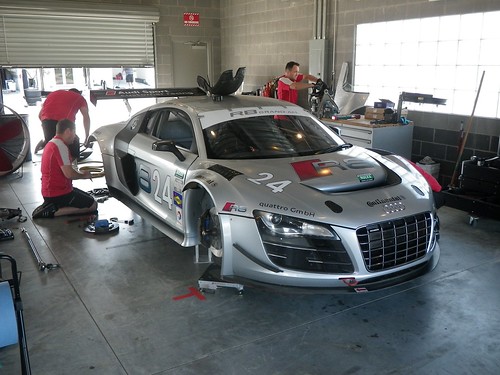 To more fully utilize this facility, Chris and his father got the idea of creating a unique motor-sports country club atmosphere built around the Putnam Park track. The Diasios spent in excess of $2 million to upgrade the facilities. The renovations included a new clubhouse and a new, fully functioning garage area (think gasoline alley at the Indianapolis Motor Speedway). The Club just started construction on an additional building that will provide 10 garages that members can rent year-round to store their cars and equipment.

The clubhouse includes a club room with a bar topped by exotic granite, numerous flat-screen TVs, and men’s and women’s locker rooms with travertine-walled showers and private restrooms (think Bridgewater Club or The Hawthorns).

Just like the finest golf or tennis country clubs, The Club at Putnam Park also offers its members high-level instruction from experienced professionals. Unlike golf clubs, though, Putnam Park’s professional instructors happen to be professional race-car drivers — and their services are included as part of the membership. 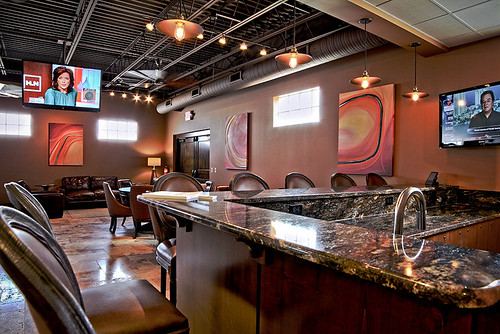 Putnam Park began offering memberships in 2011 and today has about 50 members made up of many people from central Indiana. However, nearly half of the members live more than two and a half hours from the track.

The track is available to members 140 days of the year. Some members use the same cars they drive to the office in (think Porsche and BMWs instead of Ferrari or Lamborghini), while others bring out more exotic models. The common element for all members is the desire to continue to improve as drivers and to push their cars, irrespective of the type, to its limit.

A few days ago, club member Kurt Fazekas graciously invited me to ride shotgun with him on a few hot laps around the track in his 2014 Porsche 911 Turbo and his older Porsche 945 Turbo. The rides were exhilarating and eye-opening.

In the 911, we began from a standing start somewhere near the beginning of the half-mile straightaway. By the time Fazekas began braking for the first corner, we were doing north of 120 mph. I thought that was fast — until we had time to pick up some speed during the first lap, soon to sail down the straightaway at more than 140 mph! (I maintained a firm grip on the door handle during the entire time.)

If you’re interested in driving fast or learning to drive fast in a safe environment and with the amenities of a true country club, take a look at The Club at Putnam Park. For membership information call Chris Diasio at (317) 559-1500. Like most country clubs, The Club offers several different membership levels that Chris can discuss with you.

Dr. Matt Priddy of Carmel is a local physician who started running his Porsche Boxster Spyder at Putnam Park as a member of the local Porsche Club. His car is pretty much a stock Spyder. In fact, the day I met Priddy, he had driven his Spyder to the office. He decided to become a member of The Club at Putnam Park after he found himself wanting more track time and greater convenience than he was able to get as a member of the Porsche Club. Dr. Priddy liked the idea of having a country-club atmosphere and camaraderie at a place where he felt safe putting his Porsche through its paces. 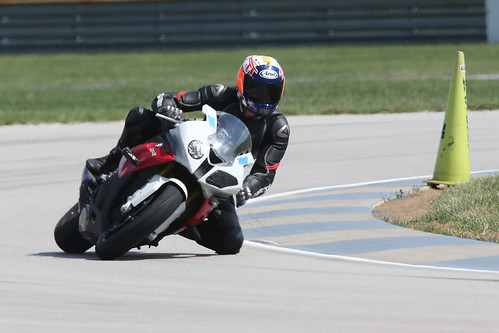 Justin Tysdal, another Carmel resident was first introduced to Putnam Park when he bought a Ducati motorcycle from a local dealer would occasionally rent Putnam Park for customer days. He soon decided he wanted more time on the track, so he became a member of The Club. Tysdal still runs his motorcycle at Putnam Park and has added a modified BMW Z-3 to his stable. The day I was at the track, he was having a great father-and-son day as he and his 70-year-old dad were taking turns running his Z-3.

Kurt Fazekas, a Geist-area resident and his 81-year-old father, Dale, are both members of The Club at Putnam Park. Dale was a two-time national champion of the SCCA. Kurt has a new 911 Porsche Turbo and but still drives at Putnam Park one of the special 944 Turbo race cars that his father raced as a member of the Porsche factory team.