It all started over a decade ago inside a Galyan’s store when the girls saw the huge climbing wall. Megan Carr’s older sister, Kate, sprang to the top of the wall with ease. An employee commented that she should cultivate her natural abilities in a climbing gym. 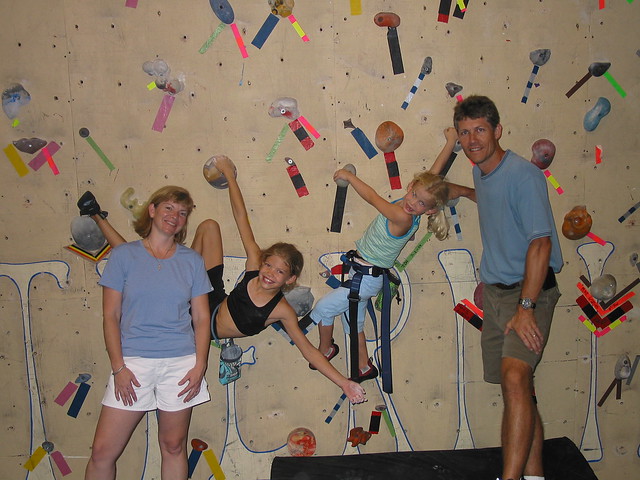 Kate excelled and soon began competing in the youth national series governed by USA climbing, and little sister Megan wasn’t far behind. Being four years younger, Megan enjoyed going to the gyms and competitions with her sister. It was evident that Megan possessed the same talent and skills as her sister.

For the competition of climbing, there are three categories of events. The first is called Sport which involves wearing a harness and rope and is based on how high you can climb a difficult route. The second type is called Bouldering, where climbers don’t need a harness or rope, and typically only climb about 15 or 20 feet up over mats. This involves amazing strength and mimics climbing out of a steep cave (think Spiderman). The third event is Speed where climbers race against the clock and each other on a slightly overhung route that is nearly 50 feet tall.

“Speed climbing is done on a 15m wall with the wall being standard around the world,” shares Megan, who trains at Hoosier Heights climbing gym in Carmel. Megan’s fastest time to scale the wall is 10.25 seconds. Hoosier Heights has a 10 meter version which she has climbed in under six seconds.

Both girls have competed internationally with Kate traveling to France for the World Championships, and this year will be Megan’s third trip to the Worlds. “When I watched my sister earn a spot on the U.S. Team and compete in the Worlds in France, it motivated me to train really hard to make it,” shares Megan. 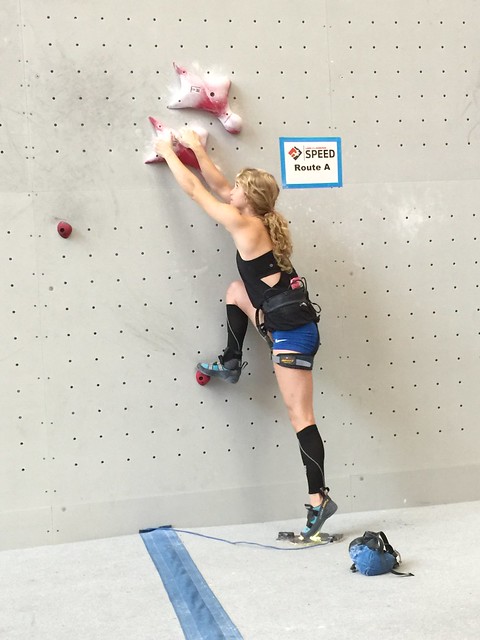 “I’ve competed in Singapore, Canada, and this year Italy, which will be my last as a U18-19 competitor. After this year, I compete as an adult,” says Megan, who won the 2014 U.S. Open Speed Climbing championship in the adult category when she was 17 years old.

Older sister Kate now climbs for fun and is in her second year of medical school at Marian University. Megan is a sophomore at IU studying accounting.

As a family, the Carrs have enjoyed the competition climbing circuit. “It’s been a great community of other families with similar interests,” shares dad Phil. “We’ve taken outdoor trips for climbing and really had fun with it.”