The Art in Automobilia 2015

Each year, Carmel Artomobilia features a distinct gathering of collector cars, automotive enthusiasts and recognized artists that are showcased on the streets of the Carmel Arts and Design District. 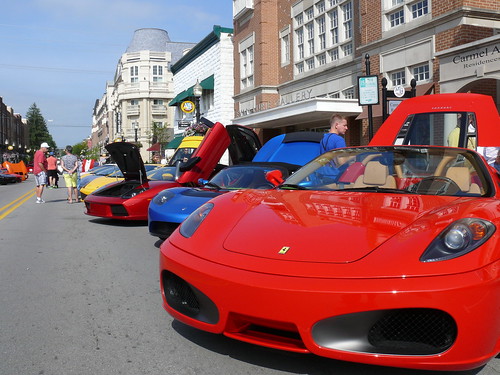 Artomobilia boasts one of the most eclectic gatherings of original period-correct automobiles anywhere, including Supercars, Exotic, Sports Cars, Classics, Racers, Historically Preserved, Indiana Built, Sedan/Coupe and more. The event brings in an estimated 20,000 spectators and enthusiasts into the heart of the city of Carmel.

This celebration of automotive art and design will take place on Saturday, August 29 and will feature approximately 400 cars representing more than 26 classes, including the addition of a brand new class, the Vacation Class. A new exhibition of recreational vehicles such as a 1960 Arrow 14’ Camper and its companion car, a custom-built, one-of-a-kind Lincoln Pioneer station wagon.

Enthusiasts and collector cars come in all shapes and sizes, and our car corrals feature brand-specific examples across 25 or different corrals. While these are not formally judges, they represent the best examples of what is going on in national and local car clubs, as well as provide a great opportunity to see firsthand how you can participate in the car hobby. 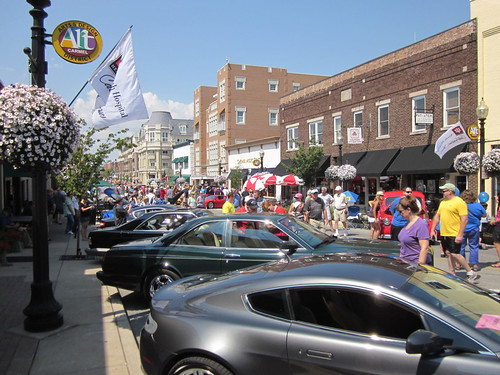 Nothing adds to Artomobilia like enthusiast and collector exotic motorcycles. Whether you’re into the classics or love state-of-the-art performance, you’ll enjoy some of the most distinct motorcycles from around the world appropriately featured throughout the Indiana Design Center.

Artomobilia organizers collaborate with local galleries and artists to represent the automotive art and design embracing the local art and design found within the Carmel Arts and Design District. The Hoosier Salon, located in the Arts and Design District, will be featuring an invitational paint-out during Artomobilia where artists will be able to compete in a contest to earn the commission for the official promotional artwork for next year’s Artomobilia. 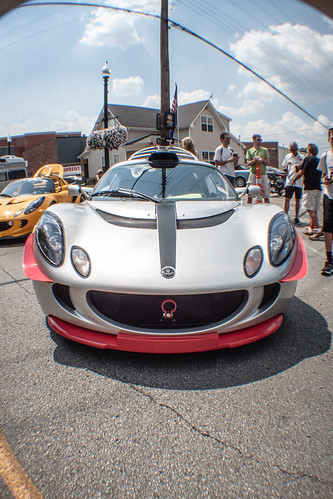 “We’re still fairly new to the Arts and Design District, and I wanted to embrace the fact that so many people will be here in the district and we want to participate,” said Jim May, executive director for the Hoosier Salon. “It is an opportunity to build upon our artists’ membership roles in the event, and so we’re going to invite 12-15 artists from around Indiana whose work would be relevant to the event.

“We’ll have artists that focus on landscapes, cityscapes and events, participating in our paint-out, including members of our salon who enjoy painting cars and events. The artists will be stationed throughout the event documenting Artomobilia. The Hoosier Salon will be open to our guests during the event as well.”

Adding another artistic component to Artomobilia, local musician and businessman Blair Clark is facilitating the musical entertainment for this year’s event. The Fun Factor Band will be headlining this year’s event.

“My media, marketing, management and development company, Artist Development Company (ADC), will be providing entertainment for Carmel Artomobilia,” Clark stated. “It’s about bringing automobiles and art together for a special weekend.

“This year’s featured artists are Shane Rodimel, Rob Dixon Trio and The Fun Factor Band. My goal is to bring not only quality music but also visibility to the community through music. People come from all over to attend Artomobilia, and I want to help put Carmel on the map as a place to go for art entertainment.”

For more information on the event and entertainment schedules, visit carmelartomobilia.com.