Ed. Note: This is the first in a series of stories to appear this summer that highlight a local vendor participating in the Carmel Farmers Market. 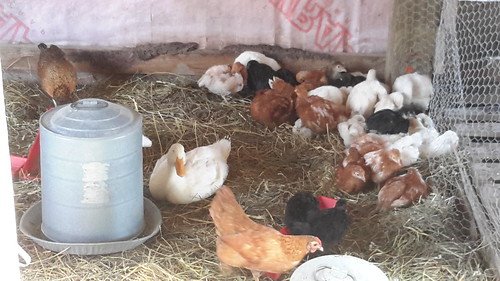 New to the Carmel Farmers Market this summer is Lawler Farms, a small Greenfield-based family farm that offers fresh produce, pork and poultry. The Lawlers are dedicated to sustainable farming principles. As such, they use only organic fertilizers and their hogs and chickens are pasture raised. Jonathan Lawler, his wife, Amanda, and their three young sons (ages 13, 11, 9) started farming about five years ago. Amanda was raised on a very large commodity farm in northern Ohio, while Jonathan grew up in the Geist area in a family that had deep roots in the trucking industry.

Jonathan’s decision to get into the business of providing locally grown produce actually originated from his experience in the trucking business. He began to notice that some of the produce his trucks were hauling to southern warehouses would be picked up and hauled back to Indiana. In one particular instance, one of his trucks picked up a load of cantaloupes in Jeffersonville, Indiana, and hauled them to a grocery warehouse in Houston, Texas. Before the truck left that terminal they received an order for a backhaul to Indiana. Astonishingly, Jonathan and his driver realized that they were hauling back to Indiana some of the exact melons they had just dropped off in Houston. As a result of this type of experience, Jonathan began to see the need for and benefits of locally raised food. 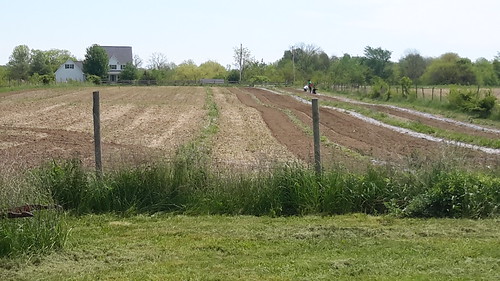 Presently, the Lawlers’ principal products are tomatoes, sweet corn, green beans and cucumbers. Last year they sold over 700,000 lbs. of fresh vine-ripened, hand-picked tomatoes. Jonathan is presently in the process of expanding his operation to produce more pasture-raised hogs and poultry. At the height of the season, the Lawlers will have around 15 local people hired to work on the farm (another reason to support local food producers). In an effort to expand his knowledge of sound sustainable farming practices, Jonathan says he often finds local Amish farmers as a great source for solutions to some of the problems he faces.

The Lawlers are active in local organizations dedicated to promoting sustainable farming practices and giving back to the community. They are supporters of the Beyond Organic Indiana organization, a group of farmers, consumers, and retailers who strive to promote local, organic and all natural agricultural practices, here in our state. In addition, they have been large contributors to local food banks. This year they are committed to provide at no cost to the Kenneth Butler Soup Kitchen, located in Greenfield, 700 lbs. of fresh produce. The day we were at the farm a group of Starbucks employees were there helping with planting as part of their Community Service Day.

If you’re at the Carmel Farmers Market, stop by and say hello to Jonathan, Amanda and the boys at the Lawler Farms stand. Rest assured that the produce they offer was produced locally, is as fresh as it can be, and has not ridden around in trucks for thousands of miles before being brought to market.