Some Big Shoes to Fill

Perhaps you’ve seen him working the crowd at a Gazebo concert, decked out in red, white and blue flair selling “Spark Buttons” and rallying for one of the largest Fourth of July festivals in the state, CarmelFest. Jeff Worrell, chairman for the event, will be leading his festival brigade for the last time this summer and will be passing the torch to a fellow Carmel Rotarian, Gary Sexton, who will become chairman in 2015. 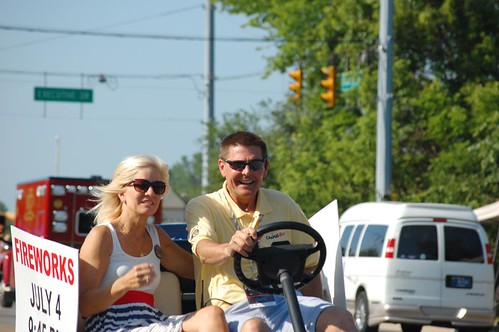 This summer will mark CarmelFest’s 26th year. Jeff has volunteered 22 of those 26 years, wearing many hats over the years before becoming chairman in 2014 following past chairman Gary Frey. Jeff and Shari, his wife of 29 years, and their two children, Brad and Amy, live in Carmel. In addition to his duties as CarmelFest chairman, Jeff has served on the Carmel Redevelopment Commission since 2005 and he volunteers on the Carmel International Arts Festival committee. Jeff serves on the board of directors for St. Vincent Carmel Hospital and is a past president for the Carmel Chamber of Commerce. He is a contributing columnist for Current in Carmel and he hosts the local “Arts Scene” show for channel 16 on Bright House Cable.

In 1994, Jeff was asked by Mayor Ted Johnson to help organize a citizen committee that would move CarmelFest from the Carmel High School to Carmel Civic Square. In 2004, Mayor Jim Brainard asked the Rotary Club of Carmel to produce the festival in hopes that the club would help the event grow. Last year, the event saw upwards of 50,000 people. 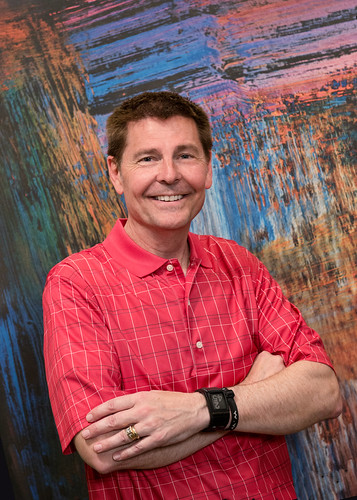 Jeff pays tribute to CarmelFest’s previous chairman Gary Frey for the development and leadership that Gary contributed to the CarmelFest committee.

“In my mind, Gary really took CarmelFest to the next level,” Jeff aid. “He left CarmelFest in a great position from three aspects: number one, creating a really strong organizational structure of good people with clearly defined roles. Secondly, he introduced new ideas and tried new things. Lastly, Gary really grew it so that modern CarmelFest is significantly larger than where it was 5, 10, 15 years ago.”

Jeff describes CarmelFest as a community asset that the Carmel Rotary Club has been entrusted with. “Rotary is as important to CarmelFest as the festival is to Rotary because Rotary provides the continuity, the momentum, and the manpower, and it gives it credibility. It allows everyone to come out and enjoy what the Fourth of July is really all about.”

Jeff spoke about the challenges and procedural changes that he had to contend with soon after taking over the reins.

“One of the challenges I had was when the Indiana State Fair tragedy happened soon after I became Chair. For outdoor festivals, that was a paradigm shift in the way we think, train and prepare, that had never been attempted before, at the level of CarmelFest. It led to more inspections, documentation and oversight. While that is positive and we welcome it, we had to prepare for it. Today, what we have is an excellent system in place to provide the safest event humanly possible.”

The Carmel Police and Carmel Fire departments have been essential partners along with the Hamilton County Department of Public Safety. These agencies have been heavily involved and supportive in preparing the committee members. Their team is well trained for not only the possible storm cloud but also how they protect their guests during the parade and festival.

It takes about 400 volunteers to put on CarmelFest, including eight division leaders and a core group of about 25 people within those divisions, who handle specific aspects of the celebration. “These people take what they do very seriously and they want to please their community,” Jeff said. “They want CarmelFest to be a great experience for our guests and want this to be something we are proud to pass on to the next committee. The committee is strong and made up of dedicated community leaders.” 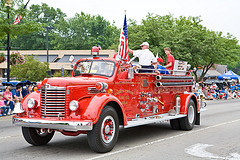 Countless stories, anecdotes and mishaps have become treasured memories for Jeff and his fellow committee members. Jeff shared an instance, while not so humorous at the time, that made for a great story during his recollection. “We use the Carmel High School radio station to synchronize with our fireworks,” Jeff explained. “One year, we were working the fireworks program and it’s always nerve racking as you hit the button and it goes out over the air. You just hope everything works. We’re going along and the music suddenly stops. There’s nothing. No music and I’m panicked. Then all of a sudden, we’re back on the air and out comes Barry Manilow’s “Mandy.”

Jeff stood there perplexed and utterly horrified. There must have been a simultaneous mental inquiry among the audience and committee members asking the exact same question that Jeff was asking the students from the radio station.

“The student said it stopped working so he ran to go get another CD,” Jeff recalled. “Then he explained that the only CD that was there was what he put in. I was like, ‘Are you kidding me? It’s Barry Manilow!’” Proving that no matter what, the show must go on.

“One of our missions is to create an outdoor community event that celebrates our nation’s founding and to pass on the patriotic feeling about our country to our younger generations,” Jeff emphasized. “We believe that is a key component of what we do and why we do it. I want the children to have the same memories of the 4th of July that I had as a kid and that is what we’re trying to preserve.”

The committee is constantly tweaking and looking for ways to grow the festival’s footprint. As City Center continues to be built out, that will provide more geography to take advantage of. This year the festivities are expanding up to the Center Green.

“We want to keep growing and improving.” Jeff said. “This year, we welcomed the collaboration and are partnering with the Center for the Performing Arts on a fireworks VIP viewing party that we are going to be selling tickets to. We will stage a viewing party on the top floor of the Tarkington parking garage. In addition, there will be running tours at the Palladium, post-parade, and we will have some activities on the Center Green.” 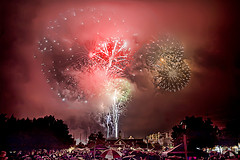 The North Zone and Kids Zone continue to grow and provide a variety of entertainment for the masses. The parade, directed by chairwoman Peggy Powell, continues to be a signature event for CarmelFest.

“It is a make or break event as to how people perceive CarmelFest,” Jeff stated. “Peggy holds the keys to success and every year she unlocks the door, throws it wide open and welcomes the community in for a wonderful, professionally produced parade. How she does it is her little secret and she does it with a calm, even-keeled demeanor. She lets others stand in the spotlight and she’s really just a beautiful person.”

As he wraps up his tenure as chairman, Jeff shared his thoughts on the future of one of the largest and greatest Fourth of July festivals in our state. “My goal and dream is that CarmelFest is such a great event that it keeps you here and you would invite your family and friends to celebrate here. We are providing an event that is wonderful and it’s in our very own back yard.”