“Raise the bar. Rise to the occasion.” 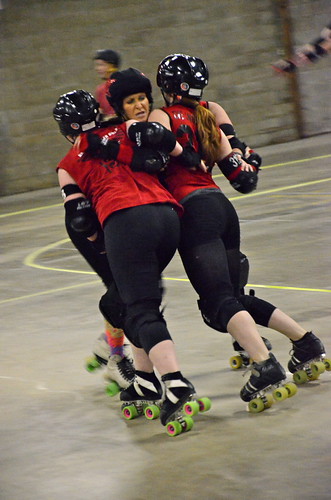 Those words serve as both motivation and mantra for the internationally-ranked Naptown Roller Girls as they begin their ninth home season next month.

The bar will already be set high as the flat track roller derby league returns to the newly-renovated Indiana Farmers Coliseum.

The magic of the building can be felt throughout Central Indiana. It is a legendary space that housed hockey icon Wayne Gretzky in his early days and introduced thousands of Midwestern teens to a band called the Beatles back in the 1960s.

Because of the Coliseum’s facelift, the league moved to smaller venues on the State Fairground campus and the Indiana Convention Center. The organization is hoping a return to the Coliseum will mean a return for fans as well.

“I think people in general appreciate consistency and convenience. Because of all of the moving around the last two years, we lost a big chunk of our fan base,” says Naptown Tornado Siren veteran skater Melissa “Maiden America” Smith. “We think our fans will really enjoy seeing roller derby at the new Coliseum. The facility is absolutely beautiful and it looks like it was built for roller derby.”

“We will have new uniforms and are playing highly competitive, closely matched teams,” Smith says.

Case in point, the league’s home opener Saturday, Jan. 17 will pit the Naptown Warning Belles (the B-team) and the Tornado Sirens (the A-team) against the Nashville Roller Girls’ A and B teams.

Nashville and Naptown are very close in the rankings by the Women’s Flat Track Derby Association (WFTDA). Both leagues ended with 2-2 showings at their respective divisional playoff tournaments. The two leagues also have a history dating back to Naptown’s earliest moments, with Nashville being their first-ever opponent in 2007.

Smith is expanding her role with the team this year as head of the Training Committee. She has a big job – overseeing training for the Sirens, Belles and the C-team Third Alarm, as well as skating. Smith served as captain for the Tornado Sirens two seasons in a row and was part of the roster that made back to back World Championship appearances in 2011 and 2012.

“Our goal this year is to be better each and every time we hit the track,” Smith says. “We are going to test our limits like never before. As long as we continue to work harder than ever, we will have some amazing outcomes this year.” 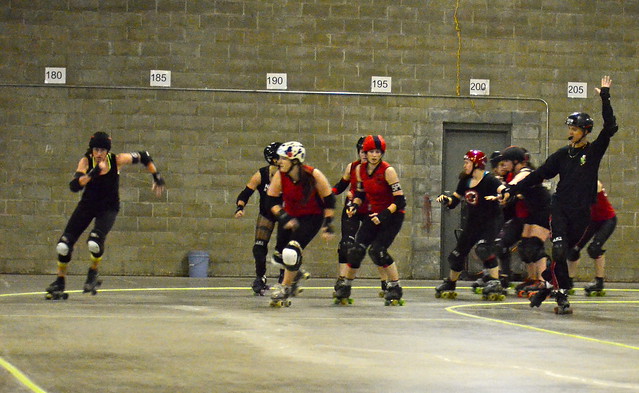