Remembering One of Carmel's Own: Larry Gene Lewis 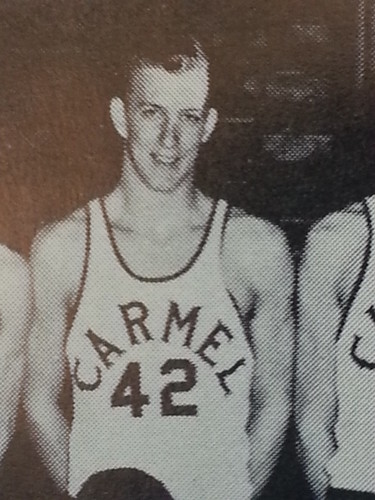 There was nothing overtly unusual about this February day off the coast of Vietnam. The skies were a brilliant blue, the temperatures were modest and the sun was bright.

Nowadays, February in Vietnam bustles with tourism from Europe, Asia and North America. Hotels such as the Danang Beach Resort, the Sunrise Nha Trang Beach Hotel and Spa and the Princess D’Annam Resort and Spa have turned parts of the country into southeastern Asia’s version of Cancun, Mexico. But that was not the case in 1971 when the war in Vietnam, Cambodia and Laos raged on under embattled U.S. President Richard Nixon. The grounds of South Vietnam swelled with 500,000 American soldiers; the skies were bursting with American fighter planes and Russian MiGs; and the gentle Pacific Ocean waters housed gigantic U.S. aircraft carriers.

Among those in the air and on the waters was Larry Gene Lewis, a former football, basketball and baseball star at Carmel High School. After playing football at Ball State, Lewis, 25, joined the Navy and would eventually become a pilot on an F-4 Phantom II on the USS Ranger in the Gulf of Tonkin on the South China Sea.

The F-4 – a tandem two-seat, twin-engine, all-weather, long-range supersonic jet interceptor – was the principal fighter for the Navy and Air Force in Vietnam. The plane had a top-speed of over Mach 2.2, and it could carry more than 18,000 pounds of weapons, including air-to-air missiles, air-to-ground missiles and various bombs. Because it was extremely maneuverable and had computer bombing capabilities, the F-4 was the hot plane for pilots to fly. 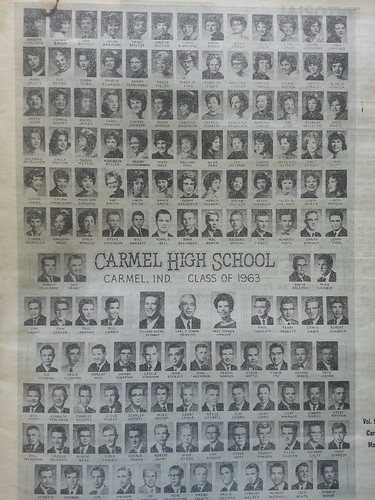 On this February night 44 years ago, the night flight to an unannounced site for Lewis and his co-pilot had just started. As scheduled, the jet was catapulted upward and lunged off the deck for about a mile. But at that point, something went horribly wrong. Maybe an engine stopped. Perhaps something broke. Whatever the reason, the plane crashed into the ocean waters within eyesight of the carrier.

The co-pilot survived as he ejected just before the plane crashed. Lewis did not escape. His body was never found. On Feb. 21, 1971, the Vietnam War claimed another victim. This one hailed from Carmel, Indiana.

In a few weeks as we celebrate Memorial Day on Monday, May 25, Americans and Hoosiers will again honor those who sacrificed their lives during the country’s military conflicts and war. Among those recognized will be the 58,202 who were killed or are still listed as missing in action in the 11-year involvement by the U.S. in Vietnam.

One of those recognized in prayer and salutations will be Lewis, who was born in Asheville, North Carolina, but relocated with his mother to Carmel. While at Carmel, Lewis was a three-sport standout, including playing basketball for veteran coach Bill Shepherd Sr. as he helped the Greyhounds to a 14-6 record his senior season. He was also a member of the Carmel Methodist Church.

Following graduation at Ball State in 1967 with a BS Degree in Business Administration, Lewis enlisted in the U.S. Naval Reserve and began flight training at the Naval Air Station in Pensacola, Florida. After additional training, he was reassigned to active duty on the USS Ranger in the Vietnam theatre.

Due to his sprawling 6-foot-5 frame, his shipmates tagged on the nickname Lurch after the tall character on the 1960s ABC sitcom “The Addams Family.”

“He almost didn’t fit in the cockpit of an F-4,” wrote service mate Tom Herskowitz of Poway, California. “Lurch was a big man, very tall. That’s why the nickname of Lurch stuck.”

Sadly, it may have been his height that led to Lewis’ death.

“He was a big man, and he wore the airplane,” said retired U.S. Air Force Sergeant Benjamin Combs in his recollection of Lewis. “I know the plane captain used shoe horns to get him in the cockpit. The one thing I remember was that he said if anything should happen to him, he would probably not get out of the cockpit.”

“Larry never got out,” said Herskowitz.

After a 12-hour search, Lewis was considered missing in action. He was promoted later to lieutenant and was eventually declared dead by the Navy. In the end, Lewis was one of 3.4 million servicemen and women from the U.S. who served in the broader Southeast Asia battle zone.

A memorial brick resides at the Carmel Veteran’s Memorial for Larry Gene Lewis, a casualty of war at the age of 25. He would have turned 70 on September 22.