The Pint Room: One Hundred Taps and Much More

The Pint Room recently opened in the Arts & Design District. It occupies a space at the corner of Main and 1st Street that had remained unoccupied since the District was renovated. As the name suggests, The Pint Room specializes in serving craft beers, but it also offers a menu that is a nice alternative to the normal well-worn bar food in an atmosphere that is as conducive to a casual business lunch as a family dinner. 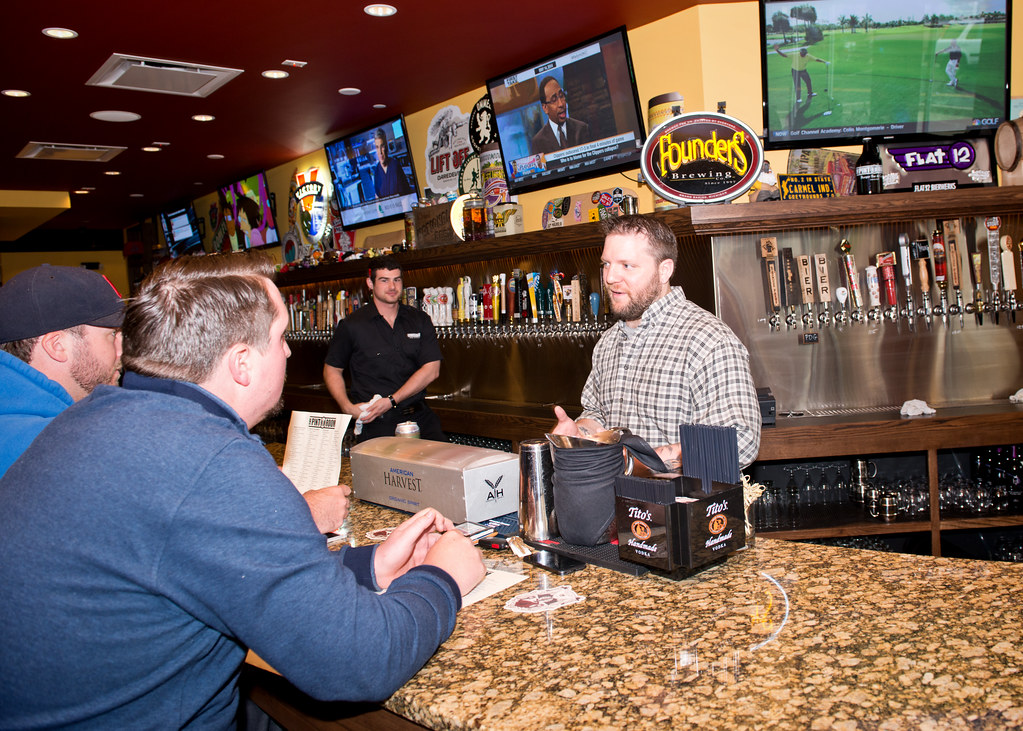 The Pint Room is the second location for restaurateurs Jason Burch, Keith Moreland and Derek Ropkin. Their first location was launched in the Columbus/Dublin, Ohio area nearly a year and a half ago. When asked why they chose downtown Carmel for their second location, Ropkin replied that they saw a similar lifestyle and demographics in Carmel as have made their Ohio location so successful.

The Pint Room consists of a spacious bar area that offers more than 100 different taps for craft beer offerings and a large casual dining area. A new beer menu is printed daily based on what’s available from local brewers. Bar Manager Ben Robbins is, for lack of a better term, the “beer sommelier” in charge of making the beer selections as exciting as possible and seeing that the beer is always fresh. Ben has a vast knowledge of the craft beer scene from having worked for local beer distributors for several years. Feel free to stop by and make suggestions to Ben if there is a beer that you think should be included in the selection. With over 100 to choose from, the selection ranges from standards such as Belgians, porters, IPAs and stouts to more exotic brews such as sours, ciders and fruits. 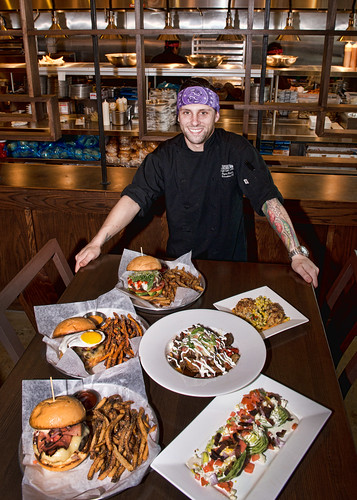 The bar is outfitted with several TVs so you can watch the game as you enjoy the vast selection of beers. If you’re interested in craft brews, watch for future tasting events being held here regularly.

The kitchen is supervised by 1999 Carmel High School grad, Executive Chef Ryan Sunderland, who trained at a culinary school in Scottsdale, Arizona, after graduating from Ball State. Chef Sunderland’s experience includes stints at restaurants in Cincinnati and locally at Woody’s Library. While the menu at first glance may look somewhat like a familiar bar menu, Chef Sunderland emphasizes that the ingredients and execution are far from ordinary. For example, the burgers are made from 50 percent Kobe and 50 percent prime chuck beef. They source the freshest local ingredients, including some of their meats from across the street at Joe’s Butcher Shop.

It’s not just the quality of the ingredients that makes the difference but also the creativity brought to the menu by their Corporate Executive Chef Ryan Romito. For example, The Pint Room offers a burger called “The Triple” that includes Indy smoked cheddar, boneless short rib, double-smoked bacon and creamy horseradish slaw. For an interesting and delicious appetizer, try the Bistro Fries, which include strips of Idaho potato that cover a bbq-braised short rib with Ohio cheddar and sour cream, and topped with roasted vegetable relish.

The viability of the Arts & Design District was apparent to this group from outside the Indianapolis area who “tapped” the potential by opening a quality restaurant like The Pint Room here.