What if you were no longer able to sit at the bar of your favorite watering hole, sip a mildly hoppy craft beer on tap, and decompress with your colleagues after a long day of work? What if the law suddenly prohibited your occupation as the “corner confessional,” otherwise known as a bartender? 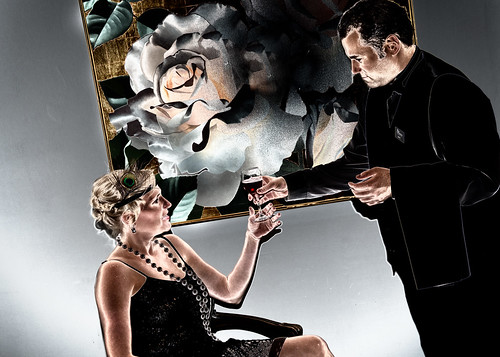 Life suddenly becomes less tolerable in this scenario for some of you. And it was a lot less tolerable for many of our ancestors who endured Prohibition in the United States.

Prohibition was a constitutional ban of the production, sale and transportation of alcoholic beverages from 1920 to 1933. Spearheaded by social progressives from both the Democratic and Republican parties, Prohibition was mandated under the Eighteenth Amendment to U.S. Constitution. It would not be repealed until December 5, 1933 with the ratification of the Twenty-First Amendment.

The anti-prohibitionists, or “wets” as they were known, protested against the Prohibition as they felt that it was an intrusion on urban, immigrant and Catholic life. Some researches contend that Prohibition led to unintended consequences such at the rise and success of criminal organizations and nation wide bootlegging operations.

Katherine Dill, executive director of the Carmel Clay Historical Society, spoke about the beginning and the end of Prohibition as it related to Hamilton County.
“Prohibition grew out of a desire to keep a better control over the population,” Dill explained. “Some people thought that the root cause of the bad things that went on in their daily lives was related alcohol. Carmel was a Quaker community and a strong proponent for Prohibition.”

The Women’s Christian Temperance Union was very affluent in Carmel and all over Indiana, but there were people on farms out in the country who were making and selling booze.

“There was an article in the Noblesville Daily Times that said, ‘have more to eat and wear if you keep your husband at home’,” Dill said. “The article was appealing to a woman’s sense of need for her husband to provide and supported the argument against drinking alcohol. Hamilton County women were the driving force around the county and the desire for suffrage came out of the Prohibition movement. The women realized that if they couldn’t vote then they were not going to have a whole lot of impact on a cause like this. The suffrage movement gained incredible traction after Prohibition ended.”

Throughout the nation, state and county the social progressives bolstered their message with a litany of propaganda for the temperance movement. The temperance groups pushed for the passing of the Baxter Liquor Law in 1873, which required saloons to have a license in order to sell alcohol. Legal action against saloons ensued. In April, C.O. McNulty, the proprietor of the Mecca Saloon on the southwest corner of the square in Noblesville, was brought up on charges of violating the liquor laws. He was acquitted of three charges and convicted of three. There were two houses in Noblesville that were raided as being suspected “blind tigers” and brothels. Six men were arrested in a gambling room at the Cosey Saloon in Noblesville. Raids on supposed “white mule joints” were made in Carmel and Sheriff Gooding took M.L. Miller, a farmer in west Carmel, in for questioning when a copper tub of hot water and milk bottles were found on Miller’s property during a raid.

Lingering effects of the Prohibition are still evident in the daily lives of Hamilton County residents. Indiana is the only state where one cannot buy packaged beer, wine and liquor on Sundays, and it’s the only state that regulates alcohol sales based on temperature. Only licensed liquor stores can sell cold beer.

Exhibiting the history of our nation’s Prohibition and ratification of the Twenty-first Amendment are our local historical societies and Indiana State Museum. The ISM is hosting their exhibit, “American Spirits: The Rise and Fall of Prohibition” now thru February 15, 2015. 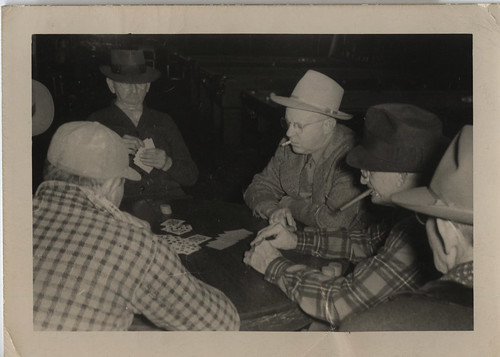 The Indiana Historical Society has a traveling exhibit, “Hoosiers & Their Hooch: Perspectives on Prohibition.” The Carmel Clay Historical Society recently acquired this exhibit on loan and shared with local residents and visitors the era’s conflicting cultures through colorful historic figures such as Edward S. Shumaker of the Indiana Anti-Saloon League, as well as the bootleggers, moonshiners and bathtub gin distillers who found their way around the law in Indiana. Visitors will also see how Prohibition played out in Hamilton County. The exhibit will be on display through October 5, 2014 at the Monon Depot Museum, which is operated by the CCHS in downtown Carmel.

“This exhibit is about Prohibition in Indiana and how Hoosiers experienced it,” Dill said. “The exhibit also demonstrates how it affected things now. Indiana has the strongest anti-alcohol laws in the nation. To a degree, elements of Prohibition are still a part of Hoosier history. It’s a great tie-in with what’s going on locally with the opening and prevalence of many new local breweries, tap rooms and wineries. The after-story is that people are interested in drinking not to become intoxicated necessarily and cause havoc on the city and in their lives but as a way to relax and as a social engagement.”

Prohibition was a failed political tactic that was used to deprive adult citizens of a freedom and the ability to moderate and make moral decisions for themselves. 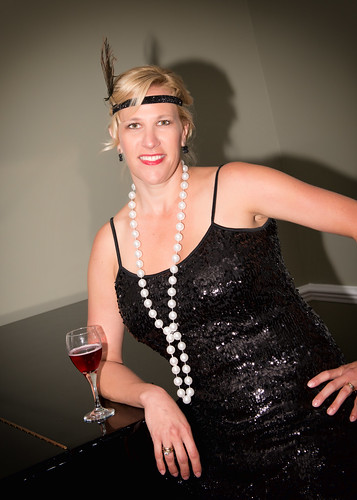 Honoring the history of Prohibition in Hamilton County, the CCHS proudly presents its “Flappers and Dappers” event this Oct. 10 at the Bridgewater Club in Carmel. The speakeasy themed event is celebrating the traveling exhibit and subject of Prohibition. “It’s going to be a great time,” Dill exclaimed. “It’s a fun and exciting way to support the CCHS and a great way for us to show people that history is exciting, relevant and it’s now.”
Guests of the Flappers and Dappers event can expect to walk in a back door kind of experience designed to make patrons feel like they are walking through the back room of a local venue to an undisclosed speakeasy. They will be offered signature drinks, cash bar, hors d’oeuvres, mock gambling and great music from Barometer Soup that will play modern dance music for non-Foxtrot types. A VIP experience will take place from 6-7 p.m. on the evening of the event. A specialty cocktail, souvenirs and special experiences that are not open to the general public will be available for the VIP ticket holders. Tickets are $60 for non-members and $50 for CCHS members. Costumes are encouraged but not required. Ticket information is available at carmelclayhistory.org.

Tickets for the 18th Carmel Clay Historical Society Holiday Home Tour this Dec. 5 and 6 will be available for purchase at the Flappers and Dappers event as well. This year all tours will begin at the Coxhall Mansion, 2000 W.116th St. There is an evening tour on Friday and Saturday after an evening of heavy hors d’oeuvres and an auction beginning at 6 p.m. for $40 per ticket. A cash bar is available.

Just the tour will begin at Coxhall at 10 a.m., 11 a.m., 1 p.m. and 2 p.m. Tickets are $20. Contact the Carmel Clay Historical Society at carmelclayhistory.org for more details. The tour focuses on historic homes or homes with antiques. We provide community heritage and encourage preservation of this heritage. The old McShane house on Westfield Boulevard was slated for the wreaking ball. Carmel Clay was instrumental in saving this piece of Carmel history. The home is on this year’s tour. 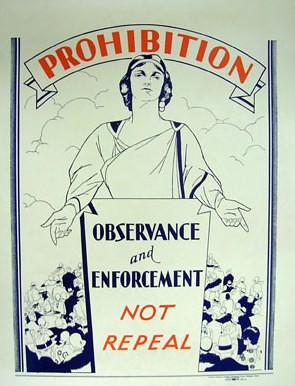 The Volstead Act allowed people to legally possess liquor, like whiskey, with a doctor’s prescription. However, Indiana’s “bone dry” law outlawed the possession of all alcohol, even for medicinal purposes.

On October 28, 1919, President Woodrow Wilson vetoed the Volstead Act, which allowed for the enforcement of the Eighteenth Amendment and spelled out exactly what was and was not allowed. Congress overrode his veto on the same day.

During Prohibition, the Al Brady and John Dillinger gangs were patrons of The Slippery Noodle Inn in Indianapolis, one of Indiana’s oldest bars, established in 1850. The gangs used the rear building (originally the horse stable) for target practice. Today, several bullets remain embedded in the lower east wall.
Hoosier vice president Charles Fairbanks, who married a Carmel woman, may have lost his chance to become president following Teddy Roosevelt because he hosted a political party at his Indianapolis home and served alcohol. A drink similar to the “Manhattan” was subsequently created and dubbed “the Fairbanks” in his honor.

Carmel’s chapter of the Women’s Christian Temperance Union continued its work even after the repeal of the Eighteenth Amendment. But not all locals were enthusiastic. A sign they posted on the edge of town was defaced in 1934.

January 1931
“The WCTU met Jan. 16 at the library for an all day service as it was National Victory Day on the 11th anniversary of prohibition.”

Even after the appeal of the Eighteenth Amendment, the WCTU continued its efforts. Not everyone in Carmel appreciated its work: “A motion was made and carried that the prohibition sign, which was purchased and placed by the WCTU at the South edge of Carmel, be removed, on account of having been disfigured.” 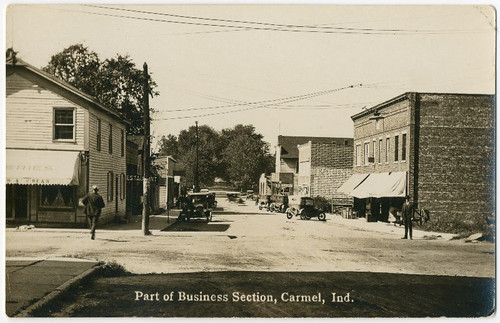 Number of Indiana Breweries by Year