City changemakers are the leaders, planners, mayors, council members, college presidents, entrepreneurs, philanthropists, executives, social advocates, artists, and architects in a city. Focusing its mission on connecting city changemakers across the nation, CEOs for Cities is a national city-learning network. It connects cross-sector leaders through its network of City Clusters (members). CEOs for Cities has grown the only national, cross-sector network that connects city leaders and its changemakers; it shares research, smart ideas and best practices for economic success.

A few of Hamilton County’s own are active members in the local City Clusters, including Mo Merhoff, president of OneZone, and Brenda Myers and Karen Radcliff with Visit Hamilton County. They actively engage with other city clusters at meetings and conferences where they share best practices, ideas, etc.

Merhoff will be attending the spring meeting this month in Greenville, South Carolina, where the focus will explore how cities and regions seize unique opportunities and connect and collaborate across sectors, disciplines, generations, and borders to make bold investments in their future.

OneZone will be hosting the president of CEOs for Cities, Lee Fisher, at its July all-county luncheon where he will address business members on the genetic code of urban success: CITY- Connections, Innovation, Talent and Your Distinctive Assets. He will identify the drivers that must be embedded into every strategy such as economic inclusion, measurable progress, collective impact and cross-sector city networks.

Merhoff first learned about CEOs for Cities through Myers and Radcliff. “The first trip that I went on with the group was in Des Moines, Iowa,” Merhoff said. “I hadn’t been to Des Moines since I was 10 years old. They are doing some really incredible and innovative things. The Indy group got on a bus with those of us from Hamilton County and rode the eight-hours over to Des Moines. Most people know that I’m a big believer in breaking down the great wall of 96th street and that regionalism matters. This was a terrific opportunity for our group to talk and share ideas.We arrived in Des Moines and got to meet and hear some incredible presenters.”

Merhoff explained that the core messages in CEOs for Cities are cities that take it upon themselves to build and rebuild their cities. Those cities make sure that they are vibrant. Their message is, “Don’t wait for someone to legislate something for you. Do it and make it happen.”

“ I was so impressed, not only with the speakers whom I heard, but at each of these events they do a ‘deep dive’ 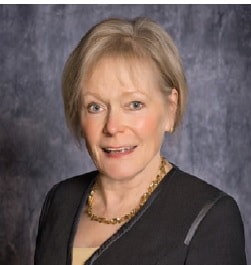 into the city where they gather people from their city to create a panel for discussion,” Merhoff said. “On the way back, we had time to debrief and share our thoughts on what the people of Des Moines were doing that was a kernel of knowledge for us. What could we learn and what were their minefields along the way and what happens next in our own communities?”

At a different CEOs for Cities event, Merhoff heard Manuel Pastor speak. Pastor is a professor of Sociology and American Studies & Ethnicity at USC. His research is about what cities are “winning” in economic development. According to Pastor, it’s those cities that are paying attention to diversity.

“His pitch is if you look at what’s going to happen to the population in this country over the next 20 years, we are going to become more diverse,” Merhoff noted. “So, what are we going to do about that? Are we going to embrace it and create strong cities? If there is a root message to CEOs for Cities, it is that cities are powerful places and I can’t think of a message that resonates more solidly with Mayor Brainard and Mayor Fadness. That is exactly what they are doing. I am excited and I think that when people hear Lee speak at our luncheon, they will want to be a part of this.”

Merhoff concluded, “I think that, in part, it’s about recognizing the power that we do have or can bring together to create the communities that we want. From a chamber standpoint, we think about the value of businesses. Show me a strong business community, and I’ll show you a strong community. I do think that sometimes there is a mindset that we just have to deal with what we’re dealt, such as‘That’s just the way it is’ or ‘A certain neighborhood is just how it is.’ Maybe [if] we take the strengths of all the different aspects of our cities and put those together all of the business people who are pro-community, we can make it better for the people who live in our cities.”