An Old World Legacy Lives On In Carmel 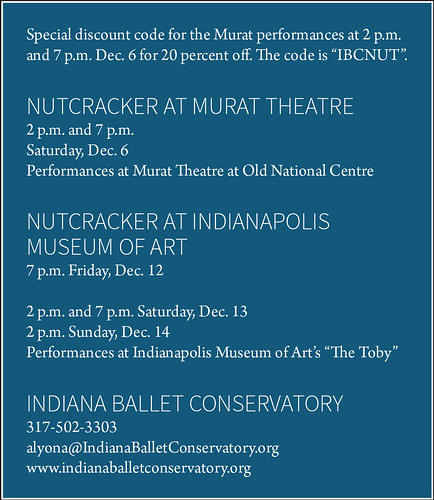 This holiday season, the Indiana Ballet Conservatory will be performing “The Nutcracker,” featuring Miko Fogarty. She is a gold medalist of the Moscow International Ballet Competition and star of “First Position.” She is also a medalist at Prix de Lausanne, Varna, Youth America Grand Prix and student of Indiana Ballet Conservatory. IBC will be performing at two venues this year, the Murat Theatre at Old National Centre and the Indianapolis Museum of Art on two separate weekends.

IBC is built upon a 300-year foundation of excellence. The group also strives to share the art of dance through performances and outreach programs for underserved youth and the elderly. IBC also brings arts education to public schools and to those with special needs through workshops.

IBC’s founding artistic director, master teacher and coach, Alyona Yakovleva-Randall is a highly educated, highly acclaimed ballet dancer, choreographer and artistic director. She has a brilliant career of her own that began in St. Petersburg, Russia. Her mother was a figure skater and her father had trained as an Olympic lifter and competed professionally. Ballet was simply, a compromise between that would shape the rest of Yakovleva-Randall’s future.

Yakovleva-Randall began her training at the Academy of Ballet in Novosibirsk and continued to St. Petersburg State University of Culture and Art in Russia, graduating in 1999 with a degree certifying her in: Professional Ballet Dance Performance; Choreography; and Ballet, Character, and Historical Dance Instruction.

In the summers of 2006, 2007, and 2010 she completed seminars at the Vaganova Ballet Academy of St. Petersburg, Russia, on the preservation and uniformity of the Vaganova Method of ballet instruction. As a professor at Dong Duk’s Women’s University in Seoul, Korea, Yakovleva-Randall performed, taught, and choreographed. She worked with renowned organizations as Universal Ballet Company, Chong-Dong Theatre and MadeInDance Company. In 2001, Yakovleva-Randall began teaching for the Clara R. Noyes Academy of Ballet Internationale in Indianapolis where she was an instructor of ballet, pointe, variations, vharacter and historical dance for four years.

In 2005, Yakovleva-Randall was named Artistic Director of the Russian Ballet Academy of Indiana and the Indiana Ballet Company. Yakovleva-Randall collaborated with her artistic staff, business and legal team to form the Indiana Ballet Conservatory in 2010. Yakovleva-Randall’s students have won numerous awards at competitions throughout the years, including the Hope Award and Youth Grand Prix at the 2011 Youth America Grand Prix Indianapolis Regional competition. As well as the gold medal at the prestigious Moscow International Ballet Competition in 2013, and the silver medal at the 2014 Varna International Ballet Competition.

In addition, the Indiana Ballet Conservatory won first place in Ensembles in 2011, 2012, and 2014. As well as second place in Ensembles in 2013 and second place Pas de Deux in 2014. IBC students have won many top awards at the Youth America Grand Prix Regional Competitions, in addition to, receiving a Top 12 placement for the ensemble, “Amelie,” at 2012 the Youth America Grand Prix International Finals in New York City.
Under Yakovleva-Randall’s direction, the Indiana Ballet Conservatory has received the honor of being named the “Outstanding School” of the 2011, 2013, and 2014 Youth America Grand Prix Regional Competitions. Yakovleva-Randall continues teaching, choreographing, and dancing in IBC’s annual Nutcracker in the highly anticipated “Spanish” dance. 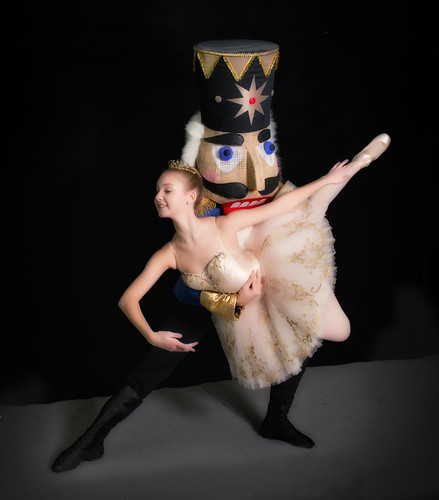 “I have been dancing “The Nutcracker” since I was a child,” Yakovleva-Randall said. “I have performed all roles from a Little Mouse to Masha to a Sugar Plum Fairy. These wonderful memories are so dear to my heart and the details that I remember from my experiences are what I wish to share with my students now. It is truly as though I am transferring my memory of “The Nutcracker” to them with each year and each production. I hope that someday they will share their memories with their own students. This continuing legacy and tradition behind “The Nutcracker” is one of the most meaningful and heartwarming things about it and this is why it is so important and special for me as well.”

When asked what her most memorable performance was and with whom, Yakovleva-Randall thoughtfully reflected. She then spoke of the time that she danced with a performer who is now overseeing the Imperial Russian Ballet Company.

“One of my most memorable experiences was when I danced with Gemidiminas Taranda, who danced with the Bolshoi and is now heading the Imperial Russian Ballet Company,” she recalled. “This was a very unique project in St. Petersburg, Russia in which drama was combined with ballet, all based on Chekhov’s book “The Seagull,” and included a very famous actress Irina Churikova, who is one of the most talented actresses in Russian film and theater. This was the most phenomenal drama ballet I have been involved with. It was also very challenging for me and through this I feel that it helped me to grow in so many ways as an artist and a person, emotionally, mentally and physically.” 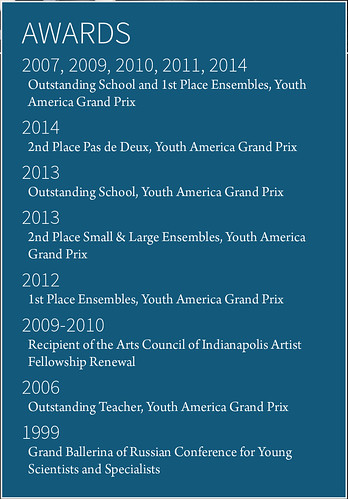 Sharing in the duties of teaching and mentoring is IBC’s instructional team that comprised of equally talented and accomplished instructors. And many of their students travel from other states, are home-schooled and live near the academy so that they can participate in IBC’s Pre-Professional Day Program. In this high-level instructional program, the students will experience 30-plus hours of an intense level of training per week, with some of the most sought-after instructors known throughout the world. Enrollment for the program is by audition only and is dedicated to elevating the technique and artistry of serious-minded dance students who strive to have a professional career in ballet and dance. IBC’s also teaches a litany of classes to ensure a high caliber of training and a well rounded and emphasis on a variety of techniques, genres, performance art and the history of Ballet. Their students will range from age three to 16. And they are 18 when they graduate from the academy.

Many of the young dancers left their home states to move to Carmel. And most agreed that the winter was their least favorite thing, but the consensus was that it is a wonderful city for them to come and stay while training at IBC.
They all agreed that there is plenty for them to do, see and eat while they are here.

Brianna, 16, is originally from Nebraska. “I started dancing at age four but more seriously at nine and I went to the Central Pennsylvania Youth Ballet and I decided that I needed to move on to a school with a Russian base and IBC had the best teachers,” Brianna said.

California native Bailey, 16, said that there are a lot of schools in her home state but IBC was the one academy that was willing to seriously invest in her. “When I received the acceptance letter and talked to Ms. Alyona on the phone, she seemed like she was ready to invest in me and they (IBC) have not given up on me during my steps on the path that I’m going on,” she said. 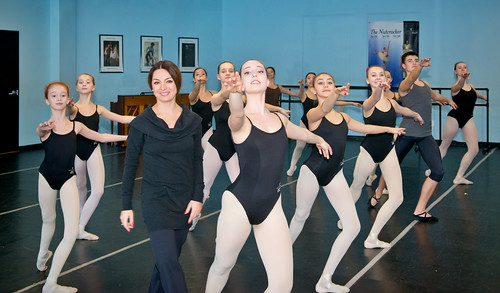 Each of these young ladies, without prompting, articulated the importance of continuing the legacy that has been handed down to them. This is a testimonial to the education and appreciation for the history of ballet, and the conservation of the art that is being instilled during their instruction at the Indiana Ballet Conservatory.