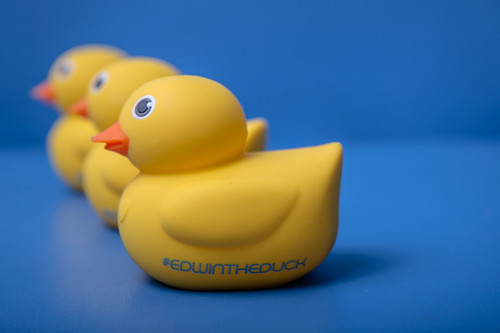 You know you have a successful product when you receive accolades and awards almost from inception. From the moment pi lab created a functional prototype, Edwin the Duck has created a splash. Winners of the 2015 Innovation Showcase Pitch Competition, MIRA award winner for Technology Excellence and CES show darling, pi lab’s Edwin the Duck is gaining momentum. 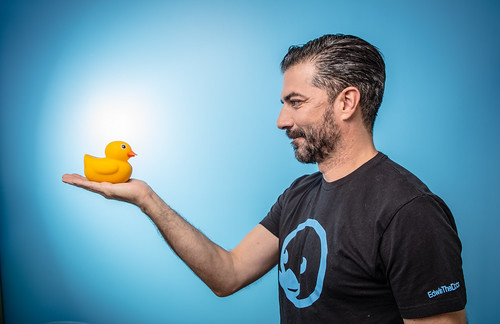 “Edwin the Duck by pi lab has that special combination of qualities that make it stand out as one of the next new things that could become a global phenomenon in the very near future,” states Launch Fishers founder John Wechsler. “Quite honestly, it’s hard for anyone to compete with the world’s first interactive toy duck!”

Co-founders Don Inmon and Matt MacBeth each bring a unique skill set to the table, yet both are inventors. With both exuding creativity and unconventional imaginations, these engineers of fun are the genius behind pi lab.

Even the name of the company, “pi lab”, indicates infinite possibilities. Inmon and MacBeth are exemplifying this modus operandi with their first product release of Edwin the Duck.

Inmon and MacBeth have extensive experience with startups. Both originally worked together at Klipsch where they also met Amy Unger, the pi lab director of marketing. Amy was drawn to the team by the collective business sense and the depth of their education and expertise.

“Don’s energy and product experience combined with Matt’s technical and engineering knowledge is incredible,” says Unger. “As a mom, I saw immediate value and potential in Edwin.”

Starting with the annual Consumer Electronic Show, Edwin was an instantaneous rock star. 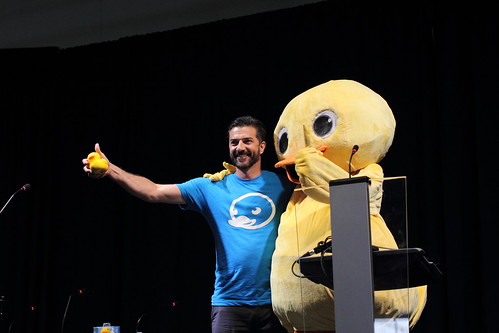 “We believed we could combine the nostalgia of the classic rubber duck, and utilizing technology, create an innovative toy with a personality,” shares Inmon. “Edwin is no ordinary duck.”

The charm of Edwin is his personality. Through the interaction with a mobile app on any phone or tablet, a child will instantly connect with Edwin. It’s adorable, fun, and most importantly, educational. Edwin is a curious little child with a big personality who connects with a child through songs, games, stories and variety of other features that will have kids engaged from the start.

When education is fun, everyone wins: Edwin.

On the website, a video of Edwin in action is narrated by Inmon’s youngest son, Finn.

“From the beginning, my boys were all about Edwin,” shares Inmon, father of 3. “My youngest, Finn, said, ‘Dad, he’s no ordinary duck,’ and that stuck as a brilliant tag line.” 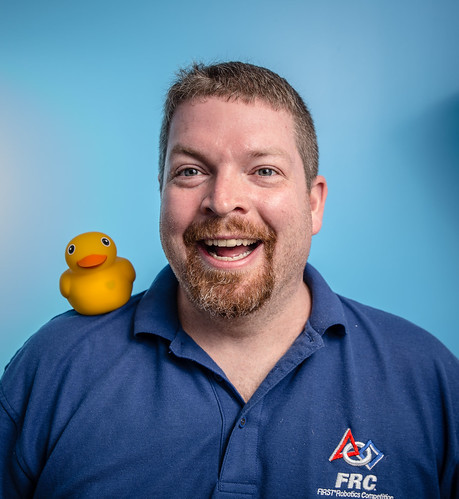 Naturally, with the attachment to Edwin and given the age range of newborn to age 9, Finn became the spokesperson.

Finn adds, “At the end of the day, Dad, it doesn’t matter if he connects with the app or the nest. What matters is that a child connects with Edwin.”

The essence of Edwin is connection. With the ability to have a bi-lateral interaction between Edwin and the app, children become immediately engaged. The app contains all original content, from stories, songs and games that interface with Edwin. He even has a built-in thermometer which can be used to check your child’s temperature or the temperature of the bath water, a bluetooth speaker for sound, and lights which include a heartbeat as well as an LED nightlight.

The most important element about Edwin for parents is that Edwin makes learning fun. His kind, curious, thoughtful personality will immediately connect children with him. The team at pi lab believes that Edwin represents a new revolution in educational toys, which is affirmed by overwhelming reaction since inception. Parents and children are flocking to their camp.

MacBeth adds, “If there ever was a way to bring joy to children around the world and encourage everyone to do good, it would be with Edwin the Duck.”

Carmel Mayor Jim Brainard says, “Innovation and entrepreneurship are thriving in Carmel, and the news of pi lab’s accomplishments confirms that fact. We congratulate the team behind this unique creation and thank them for helping us continue to be recognized as one of the best cities in the Midwest to work in the high tech industry.”

For more information on Edwin and how to preorder, visit edwintheduck.com.