Most, if not all, of us are chomping at the bit to resume our outdoor activities and meander around the city in more conducive weather. The good news is we will have more to do this summer around Carmel, specifically in Midtown and in the Arts & Design District along the Monon Trail. 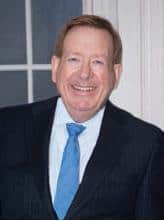 now that the new year is pushing along.

“Our goal is to continue to manage in a fiscally prudent manner while still providing first-class services,” Brainard stated. “And that’s always our number one goal. Secondly, we have several road projects that are still under construction. We know that to attract business and to grow our community in a quality way, we have to continually make improvements to the transportation system. We have 96th and Keystone under construction. I drove through the other day and had a long wait just like everybody else does, but we know that when it is finished, it will not only be a lot safer, but it’s going to move traffic so much better in that area.”

Brainard mentioned that the City is working on Range Line Road between Clay Terrace and 136th Street. “It will eliminate a lot of flooding that those businesses have experienced,” he said. “Once that project is completed, that area should receive a lot of capital infusion as well.”

Jeremy Kashman, city engineer at City of Carmel, added, “When we started the roadway, it was in pretty rough shape – no curb and gutter along the road,” Kashman said. “We also put a larger culvert under Range Line Road that collects the water from the creek in the cemetery [that would overtop Range Line Road], and it can pass safely under Range Line and make its way to Cool Creek.”

Kashman continued, “The goal has been to put curb and gutter along the road, and in the absence of pedestrian facilities in that area, we are putting a multi-use path on the west side of Range Line and a five-foot sidewalk on the east side, connecting all the way up to Clay Terrace.”

According to Kashman, that stretch of Range Line will also include a median with access points to the businesses, similar to the section of Range Line in front of City Hall. He emphasized that people will still be able to access the businesses during this phase of construction. According to Kashman, the estimated project completion date is slated for the end of summer 2019.

“The project is going along very well,” Brainard said. “We see a lot of building in that area, which is adding to our tax base. The Monon Plaza and the phase including the area between Main Street and Elm Street will be completed by early spring. It will be a beautiful place for people to meet and for events to be held.”

“We have two projects that we are working on right now that would provide solar panels that would help power utilities,” Brainard shared. “The power will be stored in batteries, so if there is an electrical disruption, that would be very helpful, and we’d still be able to pump water into our towers, process and treat water as well as make sure the sewage processing plant continues to operate. We’ve designed those projects to be a very good return on our investment from the electricity savings, and we’ll be talking more about those projects as we finish them up and get them ready to bid.”

“We are a much stronger city by having options where people can choose the type of housing they want to live in,” he said. “We have townhomes, apartments, single-family dwellings on small and large lots and condominiums.”

The mayor added that bidding for global and/or national headquarters continues as does the City’s commitment to attracting companies with amenities that are attractive to all people, emphasizing the City’s advocation for diversity.

“We are a diverse city that is a welcoming city,” Brainard said. “We continue to attract people from all backgrounds because they know that there is something for everybody in Carmel, and they feel welcomed and accepted here.”

Brainard concluded, “Our key philosophy is to work in partnership with the private sector to build the city, and it’s an opportunity that only comes once in the life of a city to build from scratch a brand-new city that equals the best place to live anywhere in the globe. That’s our goal, and that’s what we’ve set out to do. Hopefully, the public sees that we are succeeding in that.”