Maingate: A Growing One Stop Shop for Sporting Events 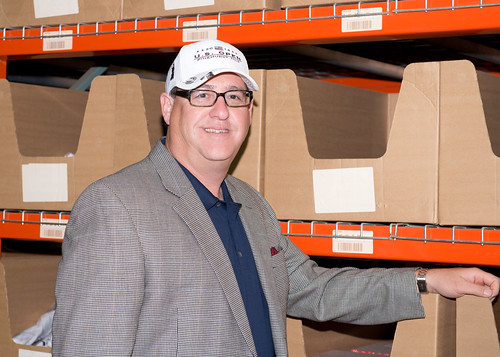 Near the homepage of the MainGate website, a page devotes itself to the executive team at the rapidly expanding Indianapolis event retail and merchandising company that stamps its footprint throughout professional sports.

The biography chapter provides information and job descriptions on several of the top leaders at MainGate. We learn more about the president and CEO; the chief financial officer; the chief sales strategist; the chief merchandising officer; and the senior vice president of event operations.

Undoubtedly, each plays an integral part in the mechanics of this multimillion-dollar empire that partners with NFL and NBA teams, the Super Bowl, the NCAA and the Susan G. Komen organization.

But, alas, one vital member of the MainGate team is missing from the list of executives, despite the fact that he frequently attends meetings in the office of the president and CEO, has full access to the offices on Rockville Road, and quietly consoles his boss and others during challenging times. 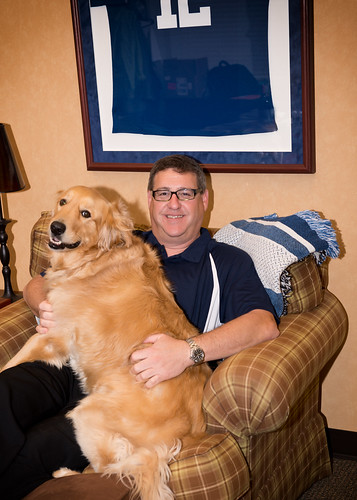 Say hello to Joey, a three-year-old Golden Retriever who shadows president and CEO Dave Moroknek from the time the two leave their Carmel home in the morning until they return to Hamilton County at the end of another pressure-packed day at the front office.

“Joey is the great equalizer,” noted Moroknek, who sneaks in petting the gentle partner during an interview in his office. “He can lighten the moment and enable you to get your mind off tough situations in the business. Joey can boost your morale when you need it.”

Joey was not on board yet when Moroknek, a native New Yorker, started at MainGate as an executive vice president in 2002. But there were other missing components in those days, too. MainGate did not have a business relationship with five NFL teams (Indianapolis, Detroit, Minnesota, Detroit and Tennessee), two NBA teams (Indiana and Houston), and entities such as the United States Golf Association and the Big Ten. Before Joey, the 47-year-old Moroknek and other executives, MainGate flew mostly under the event and merchandising radar, serving the National Hot Rod Association and other smaller partners.

But the NHRA provided a solid base with its nationwide events. And a game plan was ready to sprout throughout the sports and event industry.

“We saw the opportunity to grow and expand,” remembered Moroknek, who became president and CEO when Tom Brazil left the company in 2005. “And we have succeeded in that regard. Hopefully, we can gross over $100 million annually in sales and become the premier retail and merchandising company in the country.”

Indeed, MainGate, which has more than 300 employees nationwide, has steadily climbed into the brighter lights of big-time sports events. Their multi-facet platforms include event retail (complete with trailers and booths), providing wholesale products with design and printing, and e-commerce campaigns. The e-commerce side has huge potential, notes Moroknek.

However, retailing at events has been the foundation for the company. Locally, MainGate sells Colts products at Lucas Oil Stadium and the Colts store at Circle Centre Mall; on Pacers game nights at Bankers Life Fieldhouse; and at racing events at the Indianapolis Motor Speedway (where Moroknek labored for 10 years as the senior director of marketing and consumer products). 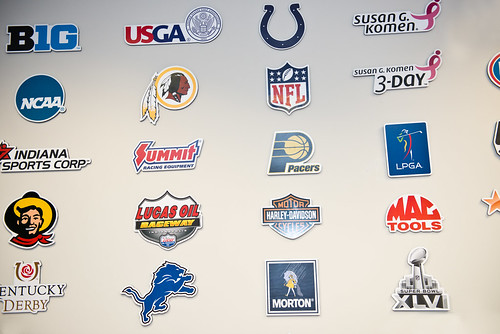 And it has been the partnerships constructed at such events as the National Western Stock Show at the Texas State Fair, NCAA/Big Ten events and the Super Bowl (started in 2012) that have fueled MainGate and its expanding inventory of trucks, trailers and other necessary tools of the trade. “I never thought we would have 22 large trailers and nine semi-tractor trucks,” admitted Moroknek.

But many years ago, Moroknek also never thought he would become a Hoosier and call Carmel home. After graduating from Hartwick College, he looked at a handful of colleges to pursue a master’s degree in sports marketing. One of those schools was Indiana University. “I had never been to the Midwest,” he confessed. “But I liked Bob Knight and I wanted to go to IU.”

After earning his degree in 1990, Moroknek promised his wife that they “would never go back to Indiana.” And it appeared the Morokneks wouldn’t return after he accepted a marketing position with the New Jersey Nets of the NBA. A couple of years later, he joined the NBA league office and participated in building its massive retail and licensing division.

Soon, a headhunter offered Moroknek’s name to officials at the IMS, who were gearing up for growth in their merchandising division. The return to Indiana came in 1992. “It was a very exciting opportunity,” recalled Moroknek, who endured the painful split of Indy racing car factions. “It was fun but it was also very challenging to pick up the newspaper and see the negativity of the split.” 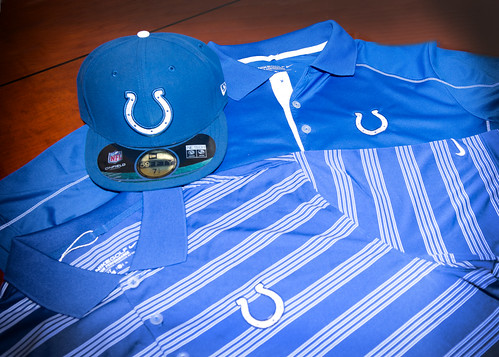 Eventually, the opportunity arose at MainGate. Moroknek and comrade Bruce Lynch signed on and a pathway to success quickly followed at the westside firm. A key connection came in 2006 when Moroknek and Lynch forged a partnership with the Colts, taking on the retail operations at the new Lucas Oil Stadium. Retail sales at the stadium have soared as MainGate employees utilize the company’s TCE (Total Customer Experience) sales philosophy.

“People don’t come to a Colts game to shop,” Moroknek said. “We don’t sell things they need. We ask them to spend a lot of money and we only have them for about 10 minutes. We know the customer may not be right, but they are the customer. We have to make it a positive experience for them.”
He continued, “We have only had one bad year and that was when Peyton (Manning) was injured. But with Andrew (Luck), sales are on the rise again.”

And so, too, are more affiliations with NFL teams. MainGate provides game-day sales for the Vikings, Titans, Redskins and Lions. “Not only have the Colts been a good partner, but they were a launching pad in getting us in front of other NFL teams,” the CEO said. “There is less risk in the NFL. It is so strong.”

Moroknek also admits the Super Bowl connection has been positive. The Super Bowl partnership started in 2012 when Lucas Oil Stadium hosted the event. MainGate’s presence continued in New Orleans (2013) and New York (2014) and the Indiana company will be on site in Arizona next February 1. “The Super Bowl has been a good chunk of business for us,” Moroknek said. “It has enabled us to look at different areas.”

MainGate has produced apparel for the last three years of the Miss America pageant. As for Moroknek, he recently accepted a personal challenge, consulting with the surging UFC on its merchandising and licensing opportunities. “Our company has unlimited potential,” said Moroknek. “There’s not a company out there that couldn’t use our services in some way.”

And, if they are lucky, those future sidekicks may get to spend some time with Joey.

First and 10 with Carmel’s Dave Moroknek, president and CEO of MainGate, one of the nation’s leading event and retail operators.

You were able to meet and work some with David Stern before he became commissioner of the NBA. Do you remember any of those meetings with Stern?

“He came into a meeting once, looked at me and said, ‘Why did we hire you?’”

You have met one-on-one with another commissioner, Roger Goodell of the NFL. Can you tell us about that meeting?

“I met him on the sidelines of a game in Detroit. He told me he was looking forward to working with us at the Super Bowl. I was very impressed.”

One of the reasons you came to Indiana for your master’s degree was because of your admiration of Bob Knight. Have you ever crossed paths with Knight?

“I have not met Bob Knight.”

What do you do on game days at Lucas Oil Stadium?

“We have a suite, so I am entertaining people. But I also always walk around the stadium and go to Circle Centre to check out our sites.”

Who will be the hot sellers for MainGate from the 2014 NFL draft?

“(Teddy) Bridgewater is doing okay for the Vikings. Quarterbacks always do well.”

Who will be a top seller for the Colts this season? The team was devoid of a first-round draft pick.

“I think our biggest opportunity could be with Trent Richardson. It has been a long time since we have had a great running back, and running backs sell.”

How about your two sons and wife: what player jerseys do they like to wear?

“I prefer polos. I have a lot of those.”

Do you think that someday Andrew Luck jerseys will outsell Peyton Manning jerseys?

“Andrew is in the Top 10 now, but it’s going to be hard to beat Peyton in total sales. He has been good for a long time and when he went to Denver his jersey became a whole new seller.”

Can you describe your relationship with your business partner and favorite Golden Retriever, Joey?

“I love Joey. It is great to sit with him for 10-15 minutes at two in the afternoon if I need to relax.”