Looking For An All Body Low Impact Workout?

Indianapolis Rowing Center Offers A Solution For All Ages 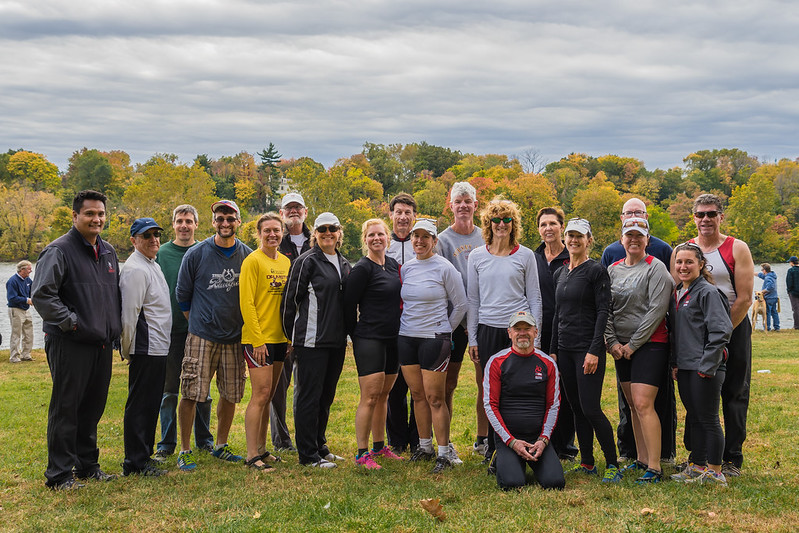 Twelve years ago, Carmel’s Janet Klochko walked into her first rowing class at the Indianapolis Rowing Center. Klochko was in her mid-40s and looking for an activity that would combine her love of the outdoors, water and exercise.

“I wanted to find an all-over workout that would not be high-impact on my knees and joints,” says Klochko.

Rowing proved to be a match for Klochko. Since that first class, she’s become a regular at the Indianapolis Rowing Center and an evangelist for the sport.

Zionsville’s Sue Iffert shares a similar story. Five years ago, a friend invited her to try a class at the Indianapolis Rowing Center. She immediately took to rowing and has continued in the sport.

“It’s great to be in your 50s and competitive again,” declares 52-year-old Iffert. “It really gets your adrenaline going.”

How individuals land at the Indianapolis Rowing Center varies. Members of the tight-knit community range from teens to 70+ year olds. Some, like Klochko and Iffert, discover rowing later in life. Others are former collegiate rowing athletes who want to continue in their sport. Adolescents, who row for either recreation or competition, make up part of the community.

“Some may be intimidated or think rowing is an Ivy League sport,” Floyd contends. “It’s not; it’s a sport for everybody.”

Floyd lauds rowing as a lifelong sport that promotes teamwork and social interactions. She says that the Indianapolis Rowing Center caters to the needs of both the recreational and the competitive rower through programs, classes and camps.

For the novice, Floyd recommends attending the Learn-To-Row classes. These introductory classes teach proper rowing techniques, terminology, safety and teamwork. Classes are held each month and consist of two sessions of three-hour instruction.

Upon competition of these preparatory classes, an individual can participate in the group programming for the remainder of the month at no charge.

For those interested in continuing in the sport, the Indianapolis Rowing Center programs include weekly training sessions with experienced coaches. Camps and other sessions are offered for adolescents ages 12-18. Some rowers participate in local or national regatta competitions.

The Center offers memberships that allow access to the boathouse and equipment. Some memberships include program options.

The Indianapolis Rowing Center operates from the reservoir in Eagle Creek Park. Floyd touts the location as one of the “top race courses” in the country. The reservoir’s 2,000-meter course has served as the site for many national and world-class competitions like the 1987 Pan Am Games and numerous U.S. Rowing National Championships.

During the winter months, training is conducted at the Riviera Club in Indianapolis.

Klochko rows three times a week with the Master’s Sweep and Sculling Program. Although she started rowing for exercise, she considers the friendships formed within the group as an added bonus.

“It’s not just a great sport,” says Klochko. “It’s a great group of people who share a love of rowing.”