If you visited Long-Sharp Gallery in downtown Indianapolis in 2017, you saw works by local, regional, national and international artists. The gallery featured six exhibits last year: a solo show for Dale Enochs, one of Indiana’s most celebrated sculptors; an exhibit of original Andy Warhol drawings from the 1950s; and an exhibit celebrating women in the arts that featured works by eight accomplished female artists, just to name a few. 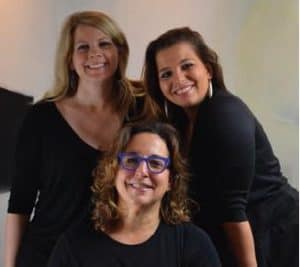 The gallery was founded initially as a small consulting business in the early 2000s by then-practicing death row defense attorney Rhonda Long-Sharp. As Long-Sharp will tell you herself, she always harbored a love for art, but she opened a gallery after seeing the “underbelly of the art world.” Caught up in her passion for art and the ability to afford it after she and her husband paid off their graduate school loans, they purchased two fakes: a fake Picasso and a fake Dalí. It was this experience that catalyzed Long-Sharp to do lots of research, broaden her education and open that small consulting business a few years later.

She handled mostly works by modern masters: Warhol, Lichtenstein, Haring and, not by happenstance, Picasso and Dalí. As sometimes happens with a lot of love, a lot of effort and skill, and a little bit of luck, Long-Sharp’s consulting business expanded, but she never intended to open a gallery space. It was only when Long-Sharp decided to expand her artist roster to living artists that she decided to open a brick and mortar gallery space. After all, part of representing living artists meant having walls on which to display their works.

With the question of “why” to open a gallery settled, the question of “where” to open it was answered by serendipity and, as it often seems to follow with Long-Sharp, ingenuity. When Conrad Indianapolis approached an artist about hanging her art on the hotel’s walls, neither party could have imagined that 10 years later, not only would that artist’s works hang in the hotel, but the hotel would house an internationally acclaimed art gallery, an award-winning art program, several themed art Suites, rotating exhibits throughout the hotel and a team of trained “Art Ambassadors” to answer questions about that art. All of this was the brainchild of Long-Sharp and Conrad General Manager Greg Tinsley. Thus, Long-Sharp Gallery found its home in the Conrad in 2012. 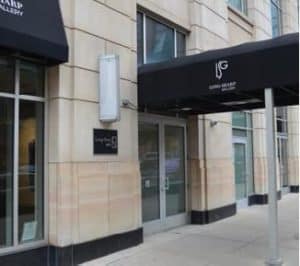 Why open a gallery in Indianapolis at all? “Because Indianapolis is home,” says Long-Sharp. “We’ve expanded quite a bit since 2012. We exhibit at art fairs worldwide and have a gallery space in Midtown Manhattan … but Indianapolis is home, and that is important.” The gallery still handles drawings, prints and paintings by those artists on which Long-Sharp founded her business, but it also represents works by several living artists, many of whom have studios in Indiana.

“My husband and I have been collecting art by Indiana artists for decades,” says Long-Sharp. “The more I looked in Indiana artists’ studios – that of Amy Kirchner, Constance Edwards Scopelitis, Jason Myers, Dale Enochs or others – the more apparent it became that there is something amazing going on here. I enjoy exhibiting works by Indiana artists alongside Warhol, Picasso or others. That speaks to the gallery’s identity and its respect for artists who create close to home.”

The gallery has been quick to gain accolades. For example, it has been named one of the world’s top 500 galleries (the only in Indianapolis and one of only six in the Midwest). It has been accepted into and exhibits annually at one of the world’s most highly vetted and respected art fairs, Masterpiece London. “All art fairs are not created equal,” says Long-Sharp. “Masterpiece [London] conducts rigorous vetting of its galleries and for authenticity and the condition of each work exhibited. It is that connoisseurship upon which our gallery was founded.”

Why successful? Long-Sharp attributes the gallery’s success to three factors: 1) a strong sense of business and industry ethics; 2) an inventory of important blue chip and contemporary work (the gallery owns the blue chip works it exhibits); and 3) “an unparalleled group of intelligent and hardworking staff.” The gallery is also “collector friendly” since that is how the business was started – from a collector’s perspective. Prices are posted; relevant public auction comparisons are shared; and works are sent out on approval (be those works delivered to Indianapolis or London) because it is important to see the works in the space they will live. 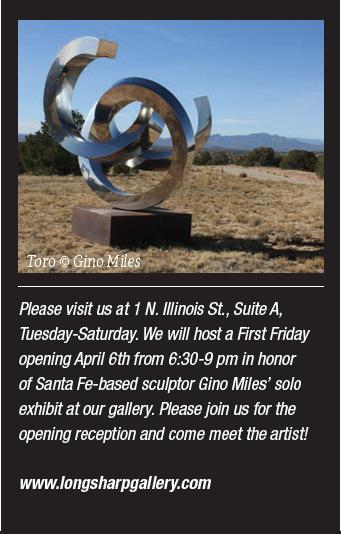