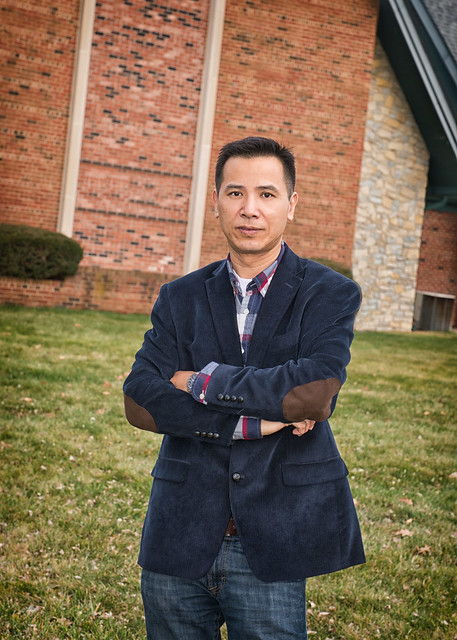 A New York City gallery is featuring the artwork of Zionsville resident Zequn Wu from now until January 14. In an exhibition entitled “Emerging Visions,” the Agora Gallery will spotlight Wu’s artwork in which he captures American landscapes with the use of traditional Chinese painting techniques. In his original style, Wu blends his Eastern roots with his Western experiences.

Wu hails from Shanghai, China. His parents were artists and taught Wu the 2,000-year-old Chinese painting technique of ink painting. In this craft, artists work with liquid ink and unique brushes, similar to those used for calligraphy. Illustrations are made on special paper made of grass. The water and ink spreads when applied on the paper, and so it takes an artist practice to fine-tune this skill.

Typically, traditional Chinese paintings depict birds and florals. Wu explains that many of the florals have meanings attached and represent character traits. Peonies, for example, may refer to wealth and honor. The emphasis of this artistry is on communicating emotion rather than the scene itself.

In the “Emerging Visions” exhibition, Wu breaks with the conventional practice of this craftsmanship. Instead of florals, Wu illustrates American landscapes, including New York cityscape, the Grand Canyon and Indiana covered bridges. Wu is unaware of any other artist who uses ink and water painting in this fashion.

Wu explains that his artwork is an effort to bring “understanding, appreciation and acceptance of Chinese painting by a Western audience.”

“I hope to help people across the globe understand different art expressions,” Wu asserts. “I want my work to help with globalization. There are a lot of Chinese foods and other Chinese things here. I want people to understand Chinese art.”

The “Emerging Vision” exhibition will include the works of other artists from around the globe. The gallery hopes to create a diverse display of aesthetic adventure.

Agora Gallery Director Angela Di Bello affirms that Wu’s works are a good addition to the exhibition. She says the fact that Wu ties traditional Chinese painting to American subjects is unique and expertly executed. 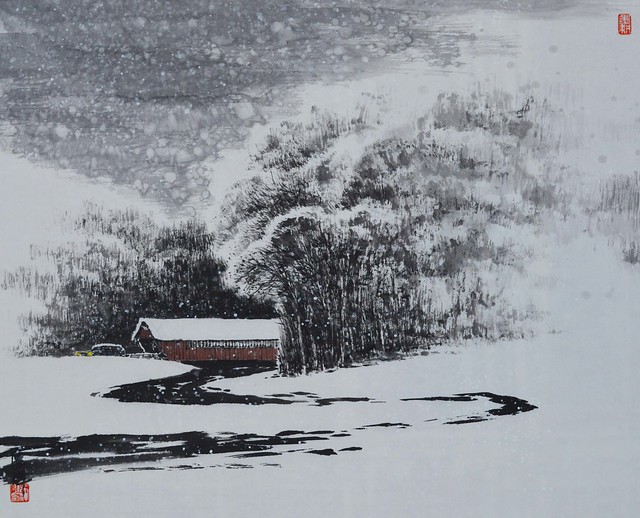 “I was fascinated by Zequn Wu’s ability to capture modern American scenes in traditional Chinese landscape painting styles. You can’t help but be enticed by his scenes, at once familiar and totally new to the average Western art lover,” Di Bello contends.

Wu plans to travel to New York City to attend the gallery’s opening reception on January 7. “New York City is one of the most diverse cities in the world,” Wu says. “I am really looking forward to it.”

Wu moved to the United States over two years ago for his wife Xiaoyan Li’s job at Dow AgroSciences. The couple are parents to a 9-year-old daughter Min-Min. The family briefly lived in Carmel but then settled into Zionsville. For the last two years, Zionsville has been home.

Li chuckles as she recounts her daughter’s reaction to Zionsville. “She asked where all the people were?” Li laughs. “There’s a lot less people here than in Shanghai!”

Li and Wu are pleased with their American hometown. “The people are very nice and welcoming,” Li says of Zionsville.

Wu’s work is featured on his website at zequnwu-art.com. His art can be purchased on the Agora’s sales website at art-mine.com.