Kids TRI for Kids: A Triathlon Series for Kids 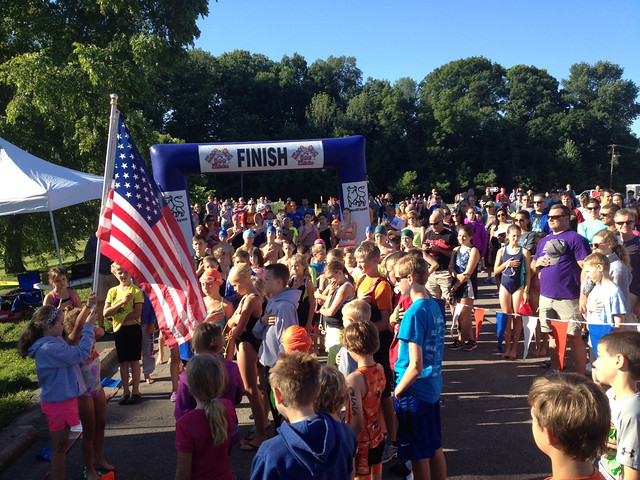 Swim. Bike. Run. This is what a typical summer day looks like for most kids. Thanks to a special series of triathlons for children ages 7-14, these three beloved activities are combined for a fun fundraising athletic event series. Since 2008, Kids TRI for Kids has raised money for Indianapolis area kids’ charities such as Best Buddies.

Swim coach and former IU swimmer Meg Gates Osborne thought creating a kids triathlon event would be a great fundraiser on many levels. First, the event promotes positive and healthy activities for kids. Second, raising money for a good cause like Best Buddies helps increase awareness in physically capable kids to do what others may not be able to accomplish. 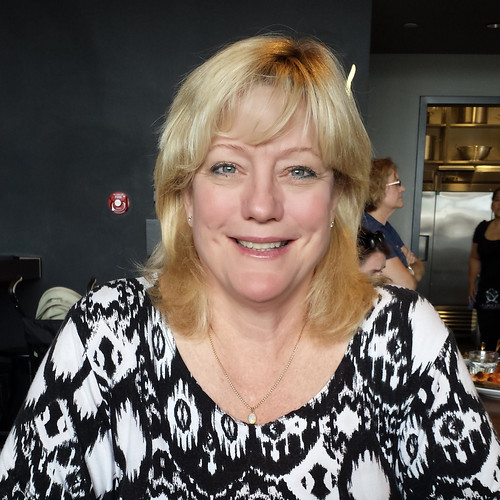 “We focus on giving back,” said Osborne. “We want these kids to be totally conscious of the giving of themselves, not just athletes.”

Doug Robinson of Phoenix Fitness and Training LLC fully supported the effort. The first event in 2008 saw 80 kids take part in the triathlon fundraiser. Robinson, Osborne and all of the volunteers who orchestrated the event knew they had found something special for kids.

“Teaching transitions is the key for a triathlon event,” said Osborne. “[When] instructing kids on how to get out of a pool and get on a bike, that is when they realize ‘I can do this!’”

Brad Osborne says of his wife, Meg, “Not only is she able to capture an idea but can capture an idea and put wheels on it.” And in this case, the wheels are on a bike. She arranged for several bicycles to be transported around and shared by camps through Indy Parks, an important partner with Kids TRI for Kids.

“Whether a kid participates in team or individual sports, every kind of personality comes in, but the common denominator is that they all want to improve something in themselves,” said Osborne.

When a kid came up to Osborne at a race and asked, “I’m not going to win this race, but what would I get if I do more than one?” Meg knew she had reached the very kid she had hoped to reach: a participant. That’s when they began offering prizes to multi-event participants. These are the kids that Kids TRI is reaching out to – those that want to come out and have fun and keep on keeping on, which is a good mentality since it is, well, a triathlon. 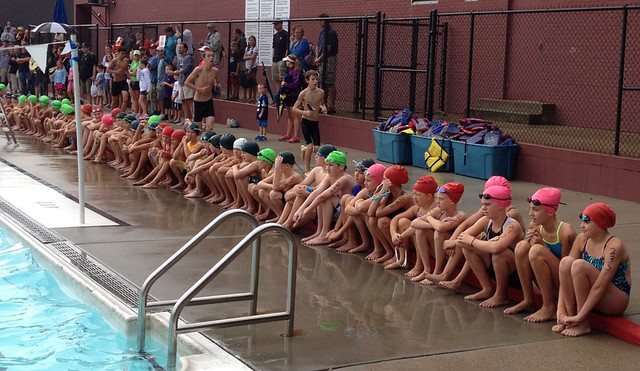 Bryan Boggs, Zionsville Swim Club and former IU swimmer who has crossed the English Channel (yes, by swimming the distance), is on the Board for Kids TRI for Kids. Osborne had coached Bryan’s kids in swimming, and when the idea was presented for the fundraiser back in 2008, Bryan and his wife, Sharon (also a former IU swimmer), were immediately supportive. Their son, Ian, was an early participant in a triathlon when he was 6 years old, held at IUPUI. An IU swimmer turned triathlete, Ian is the reigning champion of the USA Triathlon Collegiate Nationals. He was one of two athletes from Indiana.

The first triathlons for children were run by Ed Merkling, assistant director of the Natatorium at IUPUI. Merkling coaches the Jaguar Aquatics swim team in addition to running camps and programs for kids at the Natatorium. When the idea for Kids TRI for Kids was evolving, Merkling was immediately brought into the conversation.

With their first fundraising triathlon held at the Jordan YMCA in 2008, the popularity of the triathlon series immediately took off. This summer, the first two races had over 250 entries, a 20 percent increase over last year.

“Not every kid is an elite athlete, but what I love is seeing the kid with streamers flowing off the handles of their bike,” says Merkling. These kids know how to keep it fun.

This is the only kids’ triathlon series being put on across the country. Governed by the USA Triathlon which oversees all commissioned triathlon events across the country including those at the collegiate level, kids participating are able to qualify for Youth Nationals.

USA Triathlon is thrilled with the efforts here in Indianapolis. According to Michael Wendorf, USA Triathlon Mideast Regional Youth Development Coordinator, “We continue to marvel at your organization [Kids TRI for Kids] and the growth of your programs. We are pleased to be a small part of your success on behalf of our youth.”

Kids TRI for Kids is on the cutting edge of a new and huge phenomenon, especially with it becoming a new Olympic sport! Events such as Kids TRI for Kids encourages the kids to aspire to elite athlete levels and, at the bare minimum, to have fun. 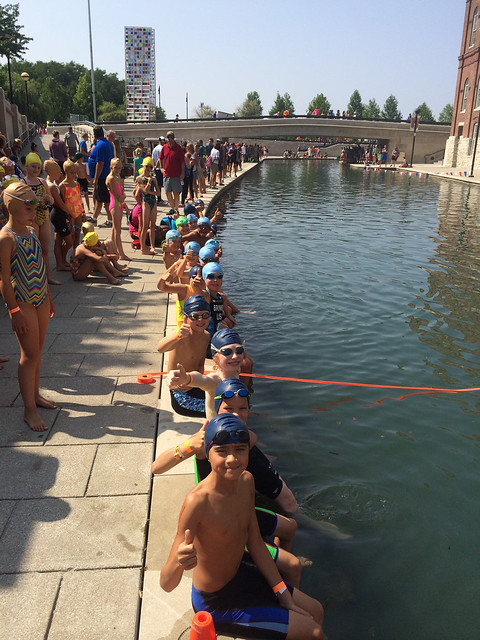 The American Dairy Association has been a generous sponsor through their “Winners Drink Milk” campaign encompassing the winners of each age group for Kids TRI for Kids. The winner drinks chocolate milk (rehabilitation drink of choice) out of a milk bottle, replicating the winner’s consumption at the Indy 500.

The true success of these events and the vision of Kids TRI for Kids comes from its incredibly talented and dedicated Board and volunteers. All of these people share a common thread: they all believe in the participants’ abilities, whether the kids know this about themselves or not. All of these people inspire and already see the greatness in the participant. They see potential. There is nothing more important to them than the positive experience that a kid will take away from an event. It’s not about competition, it’s not about winning. These kids are all winners already and should feel that way when they cross the finish line.

Registration is online at kidstriforkids.com. USA triathlon membership is required at usatriathlon.org.