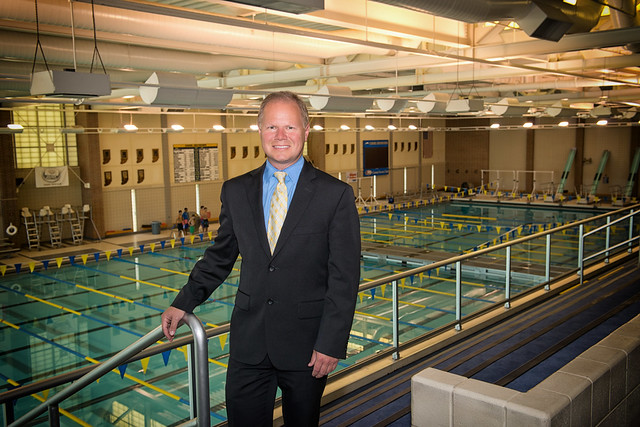 Think about these impressive facts.

• Did you know that Carmel is Indiana’s biggest high school in regards to student enrollment? There are 4,650 students at the campus appropriately located on Main Street. Butler, a nationally recognized university, has 4,034 undergraduate students in 2014. Carmel is one big institution.
• Did you realize that Carmel High school has expanded to 21 athletic programs – 10 boy’s and 11 girl’s teams? Butler, a member of the Big East Conference, has 15 athletic programs this year.
• Or did you know that Carmel has won more 100 state championships in its storied history, including titles in boy’s and girl’s cross country, boys and girl’s tennis, football, lacrosse, boy’s and girl’s basketball and men’s volleyball? Butler has yet to win a national championship.

Now, to be honest, no one, especially the mild-mannered Inskeep, is trying to hang all of the successes on the current athletic director. Nor is anyone saying that Inskeep is superior or even comparable to Barry Collier, his counterpart at Butler.

“When you are the athletic director at Carmel – a school that is irrefutably the overall most accomplished school in Indiana – the essential factor is to just keep the machine oiled,” said athletic director Jon Zwitt at Center Grove, the south side counterpart of Carmel. “He does a great job of allowing his teams, his coaches and his athletes to continue the path of excellence. He has followed in the footsteps of several quality athletic directors, yet has created his own parallel path through his organizational skills, his vision and his determination to succeed.” 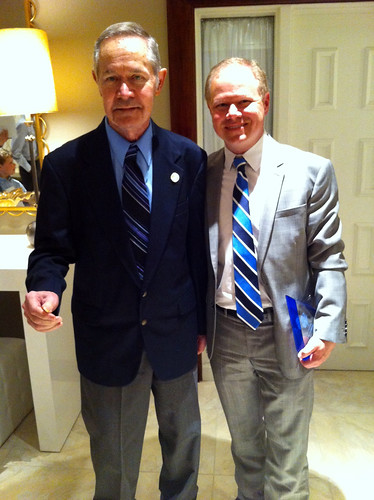 The name Inskeep has been a part of Carmel athletics dating back to 1971. That was when father Roland took over as athletic director at Carmel and began a noteworthy 23-year run. It was the elder Inskeep who helped herd his peers in Indiana into modern day thinking in regards to organizing and running high school athletic programs.

“Jimmy has a similar advantage that I had,” said Kevin, who, along with Jim, matriculated around 25 educators in their family. “He grew up as I did. We were both around the best athletic directors the state has ever had. You learn a lot just growing up as a kid in that atmosphere.”

Zwitt is one that admires the Inskeep genes.

“Jimmy is the son of one of the original Indiana founding fathers of Indiana High School Athletic Administration,” Zwitt noted. “His father processed information like an android. Before computers and the technology we enjoy today, Roland analyzed and dissected the myriad of complexities that athletic directors faced on a daily basis. He made it look easy. The apple didn’t far from the tree.”

The younger Inskeep employed his father’s strategies last summer when he assisted in guiding the Metropolitan Interscholastic Conference to a television agreement with Hometown Sports and News, a branch of ABC affiliate WRTV. HSN will televise nine MIC football games this season and the conference will share a modest rights fee.

“Jim runs his athletic department with a vision and a plan,” said Jeff Irwin, a former Purdue athletic administrator who now is the Lawrence Central athletic director. “The new television contract is a great example of his visionary approach. Similar to major colleges, Jim understands that to remain an elite level athletic department and conference, you must have a vision and a plan. Jim knows that to be an elite organization, the leader must lead and not manage.”

Inskeep confesses that a successful athletic department leader did not have to be a legendary athlete in high school or college. Or perhaps even in middle school. Indeed, he was elected class president at Carmel in his senior year in 1992 and he had worked at the school’s student radio station, but his athletic endeavors were, well, not headline material.

“I had some limited ability in cross country,” remembered Inskeep, who took a radio class at Carmel with ESPN talent Sage Steele. “And I played basketball until my speed and height caught up with me.”

Two other sons of Judith and Roland Inskeep’s also graduated from Carmel. Bruce garnered the height of the boys, growing to 6-feet 7-inches and playing basketball at Morehead State. Brother Steve chose the broadcasting world on a fulltime basis. He is now the host of the Morning Edition on National Public Radio.

Meanwhile, Jim scrapped his broadcasting skills and majored in education at Purdue. He returned to Carmel Junior High School for four years before becoming an aide for Bobby Cox in the Greyhound athletic department in 2000-01. When Cox (now commissioner of the IHSAA) moved on, Inskeep slipped into the big office.

During his reign, Carmel’s student body has expanded from 3,300 students to almost 5,000 students. He now works with the athletic directors at three middle schools and has two generations of turf field at the football stadium and new turf at the school’s soccer stadium. There seem to be endless basketball courts on the campus. 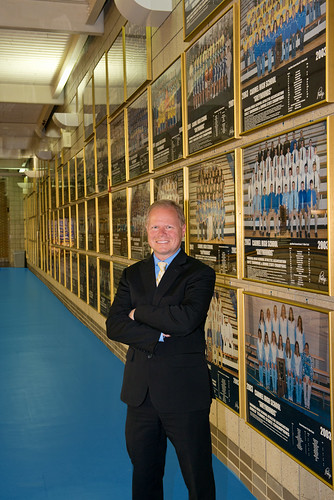 Inskeep understands the desires of his constituents.

And that decision paved the way for unprecedented success for the Carmel athletic programs. The success on and off the competition field has also led Inskeep to become a stalwart among his ranks.

“Jim is a great communicator,” noted Lawrence North athletic director Grant Nesbit. “He lives his job and is constantly in contact with all of those various groups in which he encounters – coaches, students, parents, officials, game workers, business partners and media partners. It takes a dynamic communicator to balance and work all of those groups. Jimmy does it extremely well.”

For Inskeep, he has two secrets for success.

“You have to be a good listener,” he assessed. “And you have to realize that being a high school athletic director is a lifestyle. You do a little of everything.”

Or in his case a lot of great things.

Do you get nervous when your team has big games or is playing for a state championship?
“I get nervous every time. If I am driving to Fort Wayne or to Lucas Oil Stadium, I am nervous. It is a long day of anticipation.”

Who is the best male athlete you have had at Carmel during your tenure?
“Probably Marcus Newton. He had a tremendous package of speed and strength.”

What about on the female side?
“That one is really hard because there have been a lot of great athletes. But we have Amy Bilquist now on our girls swimming team. She has the potential to be in the Olympics.” 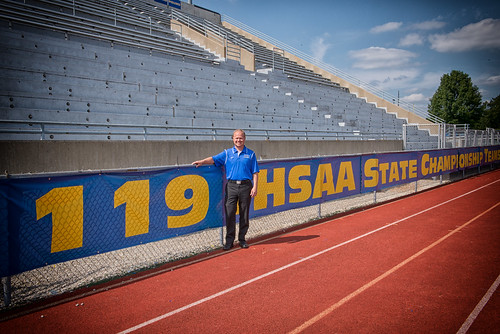 What fears do you have for high school sports?
“What worries me the most is the trend of pay for play. Kids may choose to play in one sport instead of two sports. It may exclude kids from participating in sports.”

Any other concerns?
“Kids and families need to have time together. I worry that family time is at the soccer field or other playing fields.”

During a state playoff game last year, you had an official suffer a heart attack and the father of one of your players did not survive a heart ailment. What was that experience like?
“It was just surreal. It was like a reality show. But we had our emergency plans in place and we did everything possible.”

Can you tell us about your biggest moment in cross country?
“I was the rabbit one time. So, l led everyone for the first 200 yards. But then I ran out of gas and my teammates tapped me on the shoulder as they ran past me.”

Do you twitter?
“I do. I have over 5,000 followers. It is a great way to get our message out and I think there is more interest in our teams.”

What was your top moment as athletic director?
“Probably when we won the 2012 boys basketball state championship. It was very special after what the program had been through.”

Were there other memorable moments?
“I will always remember our 2008 boys soccer team. We were highly rated and we lost in a shootout in the regional to Brebeuf. But the kids responded in the right way. We all knew they were very upset but they got in line right away and shook hands with the Brebeuf players.”