A message from Carmel resident and business owner Jeff Worrell who is running for Carmel City Council SE District in the May 5th primary election. 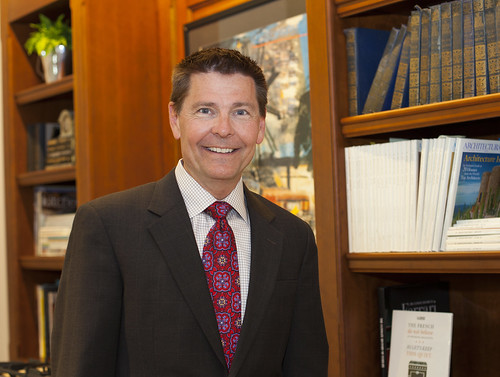 “If I were to be elected, I would get to work immediately to bring statesmanship back to our city council,” Worrell said. “I am all for lively debate about the issues. But voters tell me they want to feel proud of their public leaders. Embarrassing headlines caused by needless bickering and false accusations hurt our City’s reputation. I want to change the tone and tenor of Carmel politics by promising to abide by these 4 behaviors.”

1.  I will follow an evidence based decision making process
2.  I will consider all ideas regardless of who gets the credit.
3.  I will not disparage my community or its employees.
4.  I promise to approach all disagreements with the hand of friendship extended first.

Worrell addressed several traffic and road projects affecting the SE district including 2 he wants to work on first. The intersection at Keystone Parkway and 96th Street and the three-way stop sign issue at 126th and Auman Drive.

“The current representative for the SE district has twice voted against removing the stop sign that impedes the efficient east and west movement in that area,” Worrell stated. “This is a prime example of politics trumping the common good by once again, avoiding a decision. In addition, I think we have to deal with the intersection at 96th and Keystone Parkway. Twice our current city council has had the opportunity to address the problem using federal and state funds. In both cases they failed to pursue a solution.”

There are 53 parcels that would be affected by this particular project. Worrell explained there is a preliminary plan on the table and opportunities exist to go after new funding sources. “I would like to lead the conversation with all stakeholders to make sure a third attempt is successful,” he said.

“There is excellent movement of traffic north and south due to the improvements that have been made to Keystone Parkway. But, the District I want to represent is adversely affected by gridlock that is unacceptable to those who have to use it. We’ve already lost businesses there and I suspect more could follow if consumers avoid the intersection.

Candidate Worrell’s district borders the city of Indianapolis in an area where there is land yet to be developed for commercial use that is adjacent to existing neighborhoods. Providing a mutually beneficial transition and buffer between the business and residential boundaries takes a leader who can bring the parties together to search for consensus and compromise acceptable to all parties.

Worrell addressed some of the criticism that he has received recently on the campaign trail as a commissioner on the Carmel Redevelopment Commission (CRC). I am proud of my record on the CRC and I completely disagree with the often expressed opinion of a looming financial crisis. This theory is just not supported by the evidence. When people say we have spent too much, I respond, “Ok, but too much compared to what?

“As a City Councilor, I intend on using solid, fact based evidence and professional expertise to guide my decision making process. When refuting talk of an impending financial crisis, I point to the fact we have the lowest taxes of any community our size or larger and we rank ninth out of all communities in the entire state. The real eye opener is when people understand the amount spent on servicing our debt is only 15% of annual revenue. To me, that immediately answers the too much question. But, with a AA+ rating from Standard and Poor, the evidence definitely trumps opinion.” 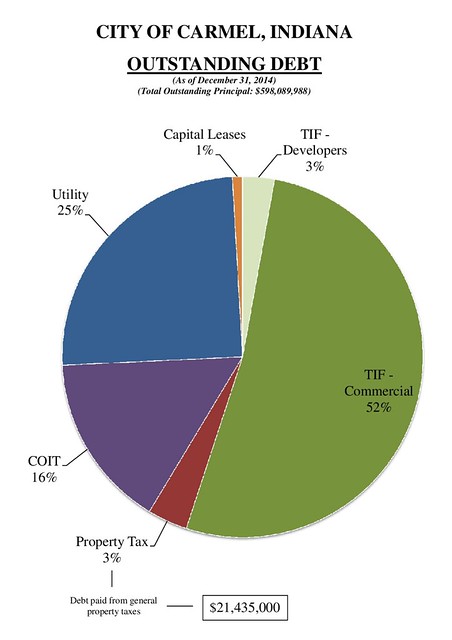 Worrell thinks part of his job is to make sure residents have the facts and are not forced to rely on those who might use scare tactics and fear to support a political viewpoint. In a recent video, titled The Facts Trump Opinion, Worrell lays out statistics to support the economic model he credits with keeping taxes low.

“Take a look at how the debt is being paid for,” Worrell says in the video. “You and I as residential property taxpayers are only paying for three percent of the entire amount. Fifty-two percent is paid by the businesses who have decided to come to Carmel because of the infrastructure, schools and quality of life. When those businesses come, they bring employees who pay county option income tax, so 16 percent of our debt is being covered by COIT. Of the remaining coverage, 25 percent is covered by utilities, with Westfield residents paying Carmel to treat their wastewater.

Owning a Carmel based business called Advantage Medical gives Worrell the experience to help manage Carmel’s $120 million dollar budget. “I have a management style that I think will lend itself well to public office. I plan to leverage the lessons I learned at my company to help me be effective as a public servant. From Finance to Human Resources, I was often challenged to make decisions when the path forward was not clear.

People seem surprised that Worrell is not already holding elected office. “Serving is in my DNA. I have served my community for the last 20 years in almost every capacity except for an elected public office. 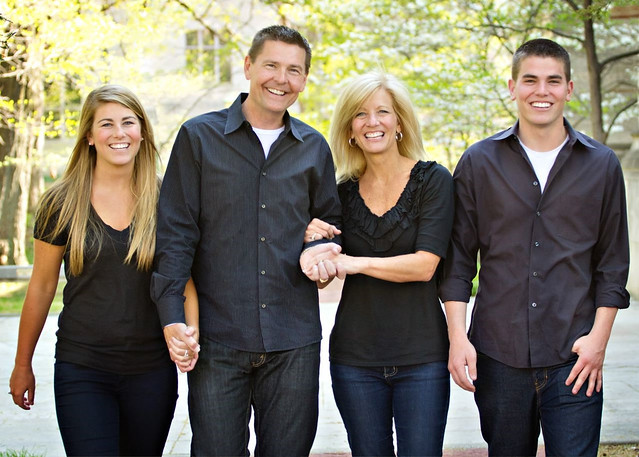 This is my first opportunity to become a candidate since I promised my wife I would not run until our children were grown and out of the house,” said Worrell. The right time for me to step up and contribute in that capacity is now so that I can give back and create solutions that will make a meaningful impact on my community.”

“If elected as a councilor representing the people of the SE district, I promise to work to promote a culture within the council that erodes divisive lines among the council members. Similar to party lines, I will walk across the aisle and reach out as a gesture that I am willing to work with all counselors, the Mayor’s office, the Clerk Treasurer, other City Boards and Commissions as well as residents and the business community to achieve our City’s goals. I intend to become a voice for the concerns and needs that are important to the residents in the SE district; and then promise to take action.

For a video explanation on Carmel’s debt, go to www.jeff4carmel.com