IndyMom.org Working to Create a Village for Single Moms 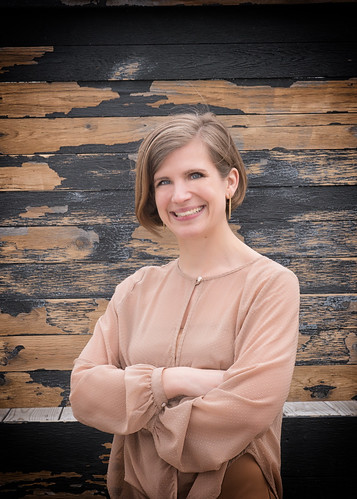 Diana Ratcliff, the founder of IndyMom, is all about connecting single mothers in order to build a stronger community. After living in Germany for 6 1/2 years and the birth of two children, she and her husband divorced. While her husband remained in Germany, Ratcliff moved to Indianapolis with her children, and she rebuilt her life as an independent mother.

Ratcliff was married at 25 and left Washington, D.C., so that her husband could attend law school in Baltimore. She left behind a successful career in politics where she had worked on political campaigns and in public relations. She then began working with nonprofits and became a marketing director before having to relocate, this time to Germany where her husband had been accepted into a Master’s program. Once again, she left behind her promising career to start a completely new life in a country where her experience in American politics and nonprofits would have much less relevancy.

In talking about her time in Germany, Ratcliff noted, “I got involved in the theatre there because I needed something to do. I had my two children while I was living there, and I realized that I needed to be involved in something outside of the house. I contacted the local theatre. I started out as an assistant director, and then I became a producer for a 24-hour theatre festival. The festival brings people together where they form groups on-site. They are given a topic and title and have 24 hours to come up with a 10-15 minute skit and perform it in front of judges.”

Also, Ratcliff directed a play called “The Women” originally written by Clare Boothe Luce and directed by Robert B. Sinclair on Broadway in 1936.

“This play is about the lives and struggles of a group of New York socialites, going through their divorces and figuring out their lives, post-divorce,” she elaborated. “It was an all-female cast which is uncommon in theatre.”

Unaware at that time, the subject matter and theme would become a scene set in reality for Ratcliff and the ladies that she would assemble to eventually create IndyMom.

“My divorce doesn’t define me anymore, but there was a period where it very much did,” she expressed. “I struggled with trying to figure out who I was. For so long, my life had been defined by my husband, my children and in being a mother. It was when we started having marriage problems that I said that I needed something else. When we decided to separate, and there were a lot of factors that went into that decision, it was the theatre that kept me going and gave me purpose. It took two years to finalize our divorce. It was really important to me that we came to a mutual conclusion on what was best for our kids. I always put my kids first which can be hard sometimes. You need to take care of yourself too, and happy parents lead to happy children.”

Ratcliff moved to Indianapolis with her two children and lived with her sister and brother-in-law until he suffered a significant head injury, forcing Ratcliff and her two kids to move out and find a place to call home. Naturally, she wasn’t quite established in her work and had no support group to turn to. She searched for a single moms group with which she could engage but could not find what she was looking for.

Eventually, she found a fabulous career at the Indianapolis boutique marketing firm, Collective Alternative, that brought her back to her professional roots and supports her need for flexibility as a single mom.

As she began to network and meet women who were also single moms, some in the midst of a divorce or struggling with the adjustments of being a single parent, she realized that there was a need to create a resource for single moms.

“I started making friends with other single mothers, and we realized that we need that community or village of women supporting each other and lifting each other up,” Ratcliff said. “That’s how IndyMom got started. My friends and I formed a tribe and embraced our lifestyle. Being a single mom is a lifestyle. It is not a marital status anymore. I have met many single moms who are single by choice, either because they chose not to get married or haven’t found the right partner but did not want to forfeit motherhood.

“Regardless, IndyMom was created to give these women a place to go to for resources and fellowship. It’s my goal to develop a career mentoring program as part of our programs to help women identify what skills they are exceptional at and provide advice on how to maintain their careers and home lives.”

Ratcliff and her “tribe” of incredible and compassionate women are dedicated to assisting women who are going through what they have, and by helping them, become inspired to find their new purpose in life.

One member of her team, Lisa Mitchell, is a single mom who lives in Fishers along with her 10-year-old daughter, Kierstin. Mitchell is the founder of Power Body Language for Women. As a Certified Body Language Trainer and non-verbal skills coach, Mitchell specializes in empowering women with the ‘Super Power’ of body language to communicate with confidence, increase their influence and negotiate with results. 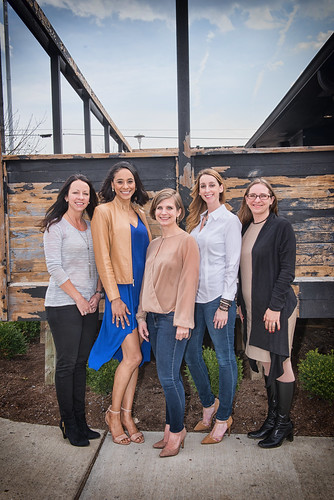 “I’m a part of IndyMom because I am a single mother, and I’m excited to share what that means in this day and age,” Magley stated. “My business opened two days before I found out that I was becoming a single mother! I know what it means to have to redefine your life.” She is the owner of OPEN GYM Indy, Indiana’s first and only fitness concierge.

Janelle Keele met Ratcliff while she was still married and had her first child. “After I got divorced and became a single mom, Diane contacted me and told me about IndyMom and her vision for it,” Keele said. “I was having trouble adjusting to being a single parent and wanted to have more single mom friends to network with. I am actually starting a new career in real estate with F.C. Tucker and helped Diana on the side with uploading our expert articles on the IndyMom website and maintaining the site.” She is also raising her two children, Dalton, 8, and Gigi, 5.

Ratclliff’s next door neighbor, Christina Trent, got involved with IndyMom as she is a single mom raising her daughter, Annie, 6, while focusing on her law practice that specializes in family law and immigration.

Recently, these inspiring women put on an event aimed at helping single moms from all over Indianapolis and the surrounding areas. With the help of their sponsors that included their own companies as well as Royal Laundromat and Gary Brackett’s Stacked Pickle, IndyMom hosted a free laundry day in April. Participants were invited to come enjoy a free meal and wash their clothes for free while enjoying fellowship and a day of fun with other women.

IndyMom plans on hosting more of these events as early as July 2016.

Ratcliff concluded, “It is my goal to let the single moms know that they are not alone. There are a lot of women who have been in or are in your shoes, and we are providing a place for you to meet them in a safe environment. No one here will attack or criticize you. We are here to lift you up and help you find your power and purpose again.”

For more information on IndyMom and how to become a sponsor, visit indymom.org.