A Night at the Barre

The Indiana Ballet Conservatory (IBC) is proudly presenting its 3rd annual “A Night at the Barre” on Thursday, July 27th and will be performed at the Palladium in Carmel, Indiana.

This annual Gala is a culmination of a summer of progress and showcases IBC students and their remarkable accomplishments alongside stars of the ballet world. This year’s Gala will be highlighted by a special performance from Irina Dvorovenko and Maxim Beloserkovsky,

both former principal dancers with the American Ballet Theatre (ABT). 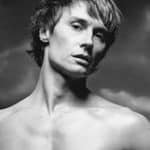 Since their retirement from ABT, both of these ballet superstars are in high demand. Dvorovenko has made a stunning theater debut as Vera Baronova in the New York City Center Encores! Production of Rodgers and Hart’s On Your Toes and joined the leading cast of the Starz network new original television drama Flesh and Bone, which aired in November 2015.

Beloserkovsky became a faculty member of Ballet Academy East and a guest teacher for the Studio Company of ABT. Most recently, Dvorovenko was recently featured in the latest season of the acclaimed original series “The Americans” on FX.

Student performers will include IBC’s own Pre-Professional Day Program ststudent Quinn Starner, recent Junior Grand Prix winner at the ADC|IBC 2017 in St. Petersburg Florida, and former finalist on So You Thing You Can Dance “Next Generation” Riley and Olivia Bevilaqua, who attended IBC’s  summer program, have received top 12 awards for classical and contemporary at the YAGP Chicago Regional this year. They, along with 70 other IBC students will be performing in the 3rd annual gala.