Hit the Slopes with the Indianapolis Ski Club 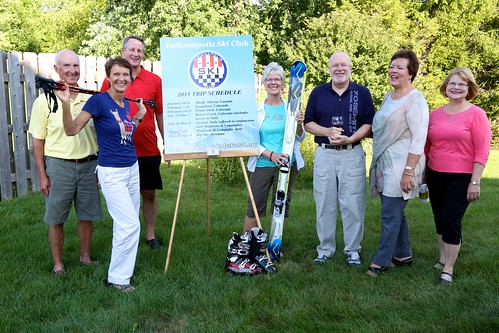 Board members of the Indianapolis Ski Club are organizing trips for this upcoming snow skiing season.

So what group wraps up their summer newsletter with the phrase “THINK SNOW!” ? The Indianapolis Ski Club, of course! And while Indianapolis may not be synonymous with snow skiing, there is a group of nearly 300 snow enthusiasts who are members of the Indianapolis ski club—a club that has been in existence for almost 60 years and today still promotes friendships and great ski trips!

Club President Lisa Sindelar says that is exactly what the club is all about—making friends and skiing great mountains.

“The bonus,” says Lisa, “is the hassle free travel that comes with being a club member.”

“Its just a great way to enjoy a ski trip.”

Lisa joined the club in 2012 after talking to a club member in the winter sports section of Galyans. 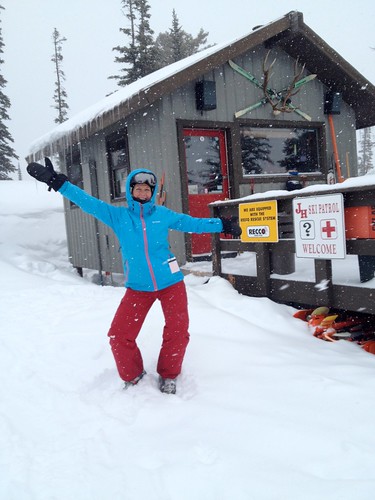 “I didn’t know there was a ski club in Indy,” says Lisa. “I went home,looked up the website, attended a social event and joined,” says Lisa.

Lisa has since married a skier/club member and has enjoyed several trips with the club. Fellow skier and Lawrence resident Joan Naffziger has been a member of the club since 1992 and has been a volunteer “go-to” person on several trips.

“Its so much fun traveling with a group of fellow skiers and friends.” says Joan. “it makes it much more bearable when you get stuck in a blizzard in Minneapolis, too!”

This year the Indianapolis Ski Club has six trips planned for the upcoming season – in the western US and Europe. In January they kick off their line up of trips in Banff, AB Canada.

SteamBoat, , Winter Park and Beaver Creek in Colorado are scheduled in February, as well as Cortina, Italy for a European trip along with Madonna di Campiglio – a popular ski resort in Northeast Italy, scheduled for March 2015.

The group’s final trip of the season offered is Big Sky Montana—a favorite by many— in March. The US trips start at a little over $1300 per member –more for European trips. Trips are for members only, but it’s easy to join and the Club always welcomes new members!

For more information go to Indyskiclub.org.