Okay, there may be bigger games on the Indianapolis sports calendar next fall and winter.

Indeed, Tom Brady and the New England Patriots will venture to town in November to play the Colts. Meanwhile, in September, Notre Dame and Purdue will also joust on the turf at Lucas Oil Stadium. And in all likelihood, the NBA will probably not pass on the opportunity to have the Pacers host arch-rival Miami early in the season at Bankers Life Fieldhouse.

But for the faithful hockey tribe that calls Central Indiana home, there is another date and showdown that will have special consequences. It is slated for October 17 and the site is the refurbished Coliseum at the State Fairgrounds. You see, not only will this be the home opener for our latest hockey edition—the Indy Fuel—in Indianapolis, but the opposing skaters will offer a familiar enemy for hockey worshippers. Holy high sticking, the Fort Wayne Komets are again coming to town!

“We can hardly wait for that night,” admitted Sean Hallett, who co-owns the East Coast League franchise with his father (Jim) and Indianapolis attorney Jerry Williams. “We want to sell this one out five to ten times over.”

And they just might. Early returns in sales, marketing and interest among hockey fans indicate that Indy Fuel may be ready to squeeze its way into the local professional sports setting.

“We have lofty goals,” said Jim Hallett. “But we also believe the timing is right.”

Hallett may be correct. This lineup both on and off the ice may be ticketed for long-term life.

For instance, there appears to be corporate and individual hunger for the return of professional (paid players) hockey for the first time since 2004. Even though Paul Skjodt of Carmel faithfully put a consistent championship product on the ice as owner of the Indiana Ice junior team (which featured high school players hoping to be drafted by NHL teams or to become future college players) during the team’s nine-year run, the game’s fan base shrank and most of the 2013-14 home season was played at Pan Am Plaza’s 1,200-seat rink.

The Fuel will perform in the East Coast Hockey League, a sprawling 22-team setting that is considered the premier AA professional standing, trailing only the AAA status of American League Hockey. Besides Fort Wayne, potential Indianapolis rivalries could include the Evansville Hitmen, the Cincinnati Cyclones, the Kalamazoo Wings and the Toledo Walleye.

Meanwhile, the players are paid from a weekly team salary cap of $12,500. Some may have direct attachments to NHL teams, while others are free agents. 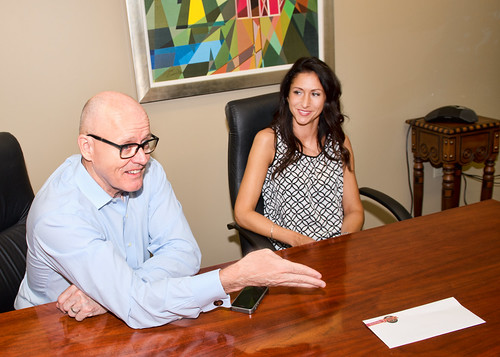 Probably the biggest score for the Hallett partnership is the home facility: the iconic Coliseum. The Fairgrounds continue to be annually massaged. But the startling improvement has been the $63 million makeover of the Coliseum, which will be home for concerts, IUPUI basketball and the Fuel. The Coliseum plaza now includes two ice rinks and sparkling new landmarks—including a full-time gift shop, spacious concession stands, ticket offices, open lobbies, and bar/restraurant. The 6,500 seats will provide superb sightlines for hockey.

Hockey fans have already roared their approval with support. More than 1,000 full-season tickets were sold by early May. The Halletts expect those numbers to climb and are confident the house will be full for many games in the upcoming season.

“If we don’t take any shortcuts and do everything properly,” said Jim, “this brand will build itself.”

Success has shadowed both Halletts. Jim has achieved resounding achievements as CEO of KAR Auctions that has 700 employees at its headquarters based on Carmel’s Gold Coast (north Meridian), while Sean was owner of the top Ford Dealership in Canada before he brought wife Tina and their two children to Carmel to oversee the daily operations of the new family hockey franchise. (Tina runs the valuable merchandise business.)

However, when it comes to hockey and Indiana, there must always be a note of caution. If history could talk, it would show that Indianapolis hockey has followed a long and winding road, hitting many potholes along the way. Others have tried—and stumbled—when presenting hockey to Hoosiers. While the Indianapolis Indians have been in continuous business since 1902, the Fuel will be the seventh hockey franchise in Indianapolis since a team, the Capitals, dropped the puck in 1939. Besides the Capitals, teams titled Chiefs, Racers, Checkers, Indianapolis Ice and Indiana Ice have chased success with the winter sport.

There has been an array of owners who offered deep pocketbooks in past causes. Included in that group is Jim Hallett, who teamed with auto dealer Gary Pedigo and longtime local sports executive Brad Beery to manage the Ice from 1999-2001. Despite winning a championship, the owners grew weary of playing in the CHL, where the nearest rival (Memphis) was an eight-hour bus trip from Indianapolis.

“I knew that someday I wanted to get back in the game,” said Hallett, a one-time amateur player in Canada. “But a lot of factors had to be right. We had to be in the right league and the Coliseum had to be improved.” 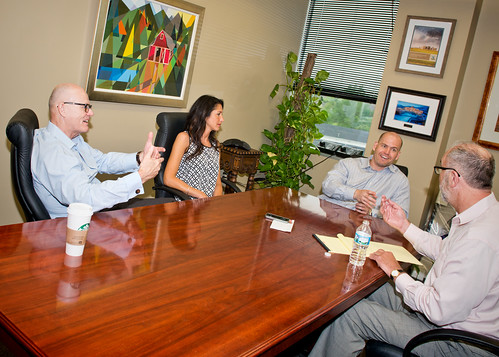 What may have seemed unlikely once became a reality when Cindy Hoye and officials of the Indiana State Fairgrounds moved forward with a massive project centered on the Coliseum. Everything but the outside walls came down and the building was closed for almost two years. Hoye also let it be known that she wanted a professional hockey team to come to the building in 2014. After one effort failed to put a franchise in the ECHL for the 2015-16 campaign, the State Fair connected with Hallett.

After reaching a 25-year deal with his landlord, Hallett went to work on hiring his first employees—Sean and Tina. “We wanted them to move to Carmel,” remembered the senior Hallett. “But I knew I had to find something for them to do.”

The younger Hallett will run the business portion of the operation, while a new coach (yet to be announced) will take over the hockey elements. Included on the hockey front is an affiliation with the Chicago Blackhawks, who will provide five or more players for the roster.

“We want the Hawks’ input on our hockey operations,” said Jim.

On the business side, the Hallett family has listened to advertising agency Caldwell Van Riper and other business leaders on topics such as logo, team colors (crimson and gold) and community projects.

“We want to think out of the box,” said Tina, who has a retail background to add experience to the merchandising puzzle. “We want to have the best merchandise in the league. We want our logo to be one that people want to wear.”

And the new owners want to have the best game experience in the ECHL. The checkbook will be open when it comes to providing entertainment and excitement to the lineup. “We want people to feel they are at an NHL game,” said Sean. “That is one of our biggest goals for the year. We want people to come back.”

The Hallett Regime has already taken large steps in advancing the franchise to new territory. They personally installed a $1 million LED Ribbon Board in the Coliseum; rebuilt their Fairgrounds offices; pumped up their front office to almost 20 staff members; and will be announcing soon a plan to televise all 36 home games on a local over-the-air channel.

They admit they have watched and admired the work of another new franchise—soccer’s Indy Eleven—in the town.

“I’ve learned that this cannot be a hobby,” admitted the elder Hallett. “You have to be serious and do everything first class.

Indy Fuel plans to raise $500,000 for youth hockey programs in Central Indiana. The Halletts also pledge support for women’s causes and other community assets. And, importantly to the old hockey guard, they plan on bringing back the Fort Wayne Komets for a long time.

Tell us about your hockey plays?

“I played from age 4 to 35. I still skate and plan on playing this coming season in one of the men’s competitive leagues.”

Did you drop the gloves and fight when you played hockey?

“I was not a fighter. I played center and was a scorer.”

What were the most goals you scored in a game?

How did you convince Sean and Tina to move to Carmel instead of Florida as they had scheduled?

“I told them it didn’t snow that much here…I was wrong on that one last winter.”

Were you an athlete growing up in Canada?

“I played basketball in high school.”

Why did you not follow your dad’s footsteps and become a hockey player?“I played a couple of years when I was younger. It probably had something to do wearing all the equipment.”

How big of an adjustment has it been living in Carmel after calling Toronto home?

“I feel right at home. It was cold last winter!”

Do you play sports?

“Not unless shopping is a sport!”

How many team jerseys do you hope to sell this season?

“Lots! If everyone who has inquired about a jersey would buy one, I would be very happy.”

So, who gets the jersey with number 1 on it, your father-in-law or your husband?