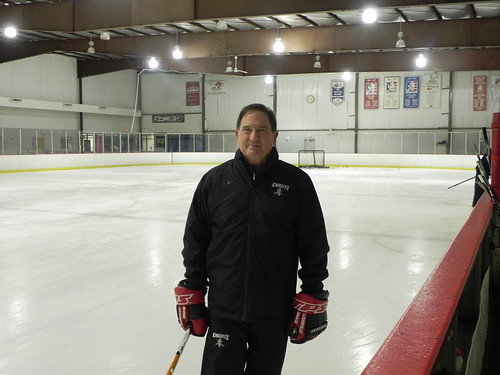 Al Karlander still remembers the first time he saw the 5-9, 150-pound, 17-year-old teammate at a pre-season Indianapolis Racers practice in 1978.

“I didn’t think he was big enough,” Karlander said. “He was so frail looking. I was afraid he would get hurt. But I learned then that the game is played from the shoulders up.”

Wayne Gretzky didn’t break in two during his eight games with the city’s World Hockey Association franchise. In fact, he scored three goals and collected three assists while skating with the Racers at Market Square Arena. And although Gretzky’s stay was brief as a skating Hoosier, the future hockey legend scripted an interesting chapter in the folklore of the Racers during their short but colorful history four decades ago.

Indeed, while Gretzky became “The Great One” and scored 894 goals and had 1,963 assists in 16 years in the National Hockey League, the Racers lasted less than five seasons and once won their division with a losing record.

“We didn’t always have the best talent,” recalled Indianapolis Colts announcer Bob Lamey, who moved to Indianapolis from Charlotte to be the play-by-play announcer for the Racers on WIBC.

That was particularly true in the fall of 1974 when the players gathered for training camp in Michigan.  Coach Gerry Moore and front office executive Jim Browett shuffled in almost 40 players that season but suffered the same expansion woes that teams such as the New York Mets (baseball), Miami Heat (basketball) and Tampa Bay Bucs (football) endured in their first seasons. With a catcher named Choo Choo Coleman, the Mets won only 40 of 160 games in 1962.

And while the Mets had the Choo Choo and a Hobie (Landrith) as their backstops in the Polo Grounds, the Racers enlisted a goaltender who possessed the mundane name of Andy Brown but who became the last professional goaltender to not wear a goalie mask. Fearless, as he was nicknamed, suffered a cracked jaw, broken cheekbone and several broken noses as a net-minder for three seasons with the Racers. “Yea, I took a couple smacks on the pumpkin,” he once stated.

The Racers and Brown were less than modestly less than successful during their inaugural season (the third year of the WHA). They finished 18-57-3 and 22 points out of third place. After staggering out of the gates in October and posting only six victories (with 28 losses) by January 1, it may have been tempting to raise the white flags. 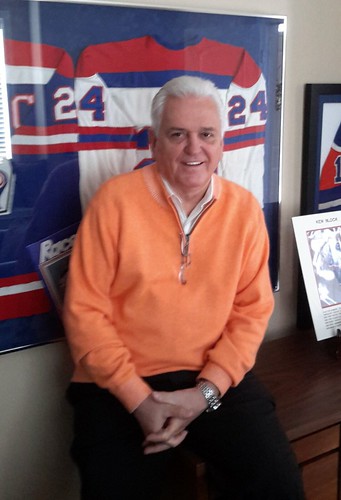 “It was an expansion team and they were terrible,” said Ken Block, a member of the San Diego Mariners. “But you could tell they were trying to build the franchise.”

And, ironically, a trio, who have Carmel home for almost 40 years, played major roles in the rebuilding efforts. Block, a steady defender, was acquired mid-season in 1975 in a trade with the San Diego. Then wingers Al Karlander and Hugh Harris joined the Racers. All three ended their playing careers with the Racers and raised their families in Carmel.

For Block, the trade met moving to the Midwest from San Diego on January 14.

“I had no idea how to get to Indianapolis,” Block said. “Someone told me to go to Chicago and turn right.”

After recovering from the shock of the trade, Block turned the move into a career decision. He and his wife, Mary, raised three sons (Grant, Darren and Derek), who played in youth teams in Carmel. And he became a fan favorite for the Racers.

“Ken Block was as steady on defense as you could get,” praised Lamey. “He mentally knew the game. He wasn’t a big bruiser but he was tough enough.”

In Karlander, who hailed from Lac La Hache, British Columbia, the Racers uncovered an offensive forward who had played almost 300 games in the NHL with the Detroit Red Wings. He and Harris combined for 28 goals in the 1975-76 season.

“Al was an offensive player who was very smart,” said Lamey. “And Hugh Harris was a vocal player in the locker room and on the ice. He knew we could win. Hughie was a great guy to have around.”

The team mixed in additional talent for the second season. Among the imports was Chicago Black Hawk veteran Pat “Whitey” Stapleton and a new coach named Jacques Demers. Demers would later coach five NHL teams, including the 1997 Stanley Cup champions Montreal Canadiens. And the fan base exploded into excitement behind three vocal pied pipers — Lamey, Demers and Harris, who labeled the fever of the fandom “positive waves.” 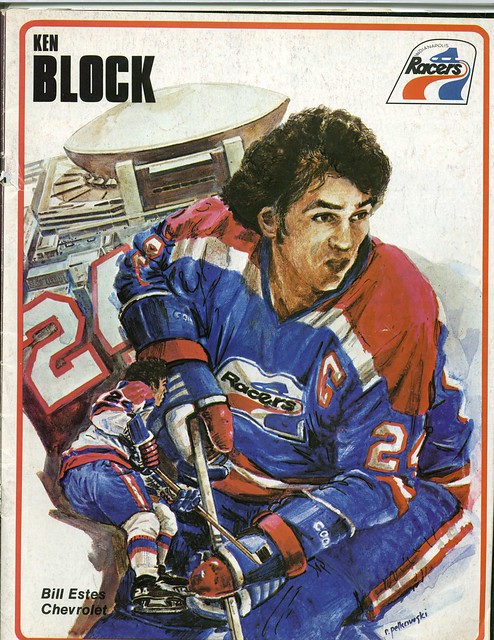 “Everything came together for us that season,” Karlander said. “We had players who came from everywhere and the fans were very supportive. They appreciated a team that worked hard.”

Block noted, “We were just hockey players who played together as a team. We were packing the place (Market Square Arena). It was a great, great time. It was kind of magical.”

The magic ended that season when the Racers lost in seven games to New England in the semi-finals of the playoffs. Despite a 7-0 loss at Market Square Arena, the home crowd roared with enthusiasm as the team left the ice. Owner Paul Deneau jumped off too, selling the franchise to an ownership group of 20. And red ink was started to become a serious problem.

“There were (financial) questions during the playoffs,” said Block, who worked with the front office to set up a bank account for ticket proceeds so the players would be guaranteed playoff money.

“There were so many good memories and so many bad memories,” said Harris. “I remember when we had to delay the start of the games so we could get the fans into the building. You were amazed athow so many people who were smart in business could be so stupid in sports.”

Perhaps this is the time to introduce someone named Nelson Skalbania. The local investors were running on fumes. So, Skalbania, a real estate profiteer/investor from Vancouver, bought the franchise and signed the 17-year-old Gretzky (barred from the NHL because he was under the 20) to a personal contract. His hope was that Indianapolis would inundate the box office to see the young star from Canada.

It didn’t happen. After just eight games and only five home games, Skalbania, now 78, made the decision to trade Gretzky, goaltender Eddie Mio and forward Peter Driscoll to either Vancouver or Edmonton. He put all three in a private jet and flew them westward. While in the air, he closed the deal. Edmonton would inherit Gretzky and his sidekicks.

For the Racer fandom, the news only got worse. Skalbania folded the franchise after 25 games.

Everyone took this punch full flush. Season tickets and sponsors lost their money. Market Square Arena lost a tenant. And the players were out of a job, health insurance and other benefits. Longtime friend and car dealer Bill Estes put Block on his payroll to cover his family’s health insurance.

“He really helped me,” Block remembered.

Karlander briefly coached the Cincinnati Stingers until that franchise closed the doors. “It was the worst situation that I could get in,” he said.

For Harris, a balky knee forced his playing days to end. 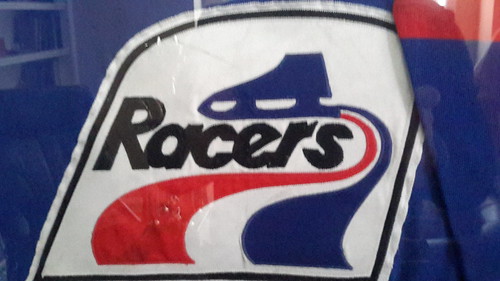 “It was a rough time,” Harris recalled. “All of a sudden you are out and a foreigner in a new country. It was a tough, tough transition.”

But there happy days on the horizon for Karlander, Block and Harris as each dropped anchor in the Carmel business community. Karlander and Block became long-time mortgage executives and Harris became a highly successful owner of Greek Tony’s restaurant.

“I’m from the mountains,” Karlander said. “It’s flat and there aren’t enough lakes. But this is home and I love it here.”

And for five years, central Indiana loved the Racers.