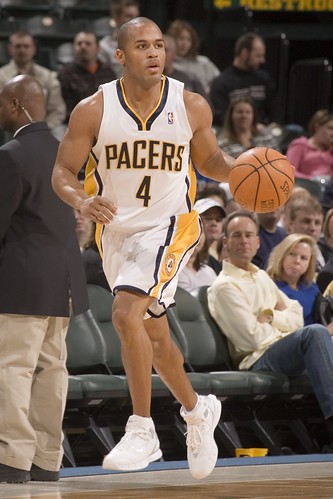 If Mayor Jim Brainard needs to uncover a poster family to promote his new Carmel, he may wish to turn to a couple of recent transplants, Eddie and Marisa Gill.

But, quite frankly, the pair, originally from Colorado (Eddie) and Utah (Marisa), couldn’t wait to get back to the Indianapolis/Carmel area where they lived from 2004-06.

“We loved it when I played here,” said Gill, who met his volleyball playing wife in a Utah Junior College and continued their relationship during his playing days at Weber State. “We wanted our kids to have a good support system and we knew that Carmel had a great school district and that it is an outstanding community for a family. This is where we wanted to be as a family,” he said.

Besides rearing their children — high school freshman Eddie Jr. and Creekside seventh-grader Kiera — the Gills also have become recruiters for central Indiana. Eddie’s mother moved to Indiana from Colorado shortly after the couple anchored in Carmel in 2012, while Marisa has lured her parents, a sister and a brother to relocate in Indiana.

Now, the Gill family has become active participants in being newly-labeled Hoosiers.

Kiera and Eddie, Jr. excel in academics and athletics (track and field and, of course, basketball) on their school teams. Eddie Jr. was a standout point guard for the Carmel freshman team this season.

“He has a high ceiling,” admitted his father. “But I don’t want to push him unless he is totally committed to the sport. Someday he may have to make a choice on the commitment, but not now.” 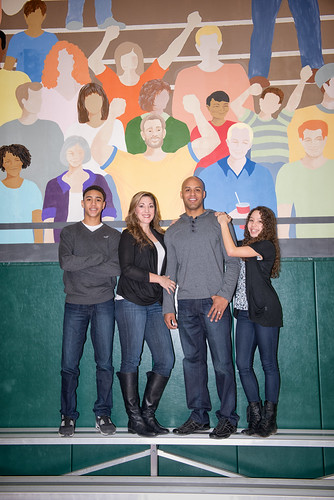 It was Eddie Jr., Kiera and their mother who played a decisive role in their father stepping away from professional basketball two years ago. Gill decided it was time to unpack the suitcase full time and become a father and husband 24/7.

“I am really content with the transition,” said Gill, who grew weary of missing the games, concerts and other activities of his children. “I stopped playing by choice. The kids were growing up fast and I missed a lot of events when they were younger. Marisa was a stay at home mom, getting the kids ready for school and supporting me. She was always there for me, and now it is my objective to support her in every way that I can.”

Gill still gets his basketball fix from his All-Out Training Camps in Zionsville, Indianapolis, Carmel and Westfield.

“We encourage kids to do their best,” said Gill, who is also pursuing a financial career with Wells Fargo. “Not every kid is going to play in the NBA. We want them to play through their mistakes. We want to improve their life skills.”

And Gill has another job description nowadays. He is a big supporter for Marisa, who became director of the Independence Academy in Indianapolis last summer. The Academy provides an educational home for high-functioning grade school, middle school and high school students with autism or Asperger’s Syndrome. The private school is aimed at inspiring and enabling students in grades five to 12 the opportunity to achieve their highest level of independence and academic success.

“Our goals are for the students to achieve their high school diplomas and either begin working or going to college,” Marisa said. “We want them to be independent someday.”

The school was founded in 2008 by Susan LeVay and Ruth Padgett, both who had children with high-functioning autism. Each still remains connected to the Academy, but they turned the day-to-day duties over to Marisa, who was teaching special education courses in Washington Township. LeVay contends that a background in special education teaching doesn’t always fit a school based on creating independence for the students.

“In some ways you have to be built special for this job,” said LeFay, whose two sons were students at the Academy. “People from special education backgrounds don’t always pan out, but Marisa is someone who gets it. She has really sunk her teeth into the position. She has passion for what we are trying to do.”

One purpose of the school is to provide the students – currently 22 – a sense of home or community in their education needs. Students hail from IPS, Carmel, Warren, Greenwood and Zionsville school districts. There is a six to one ratio between students and teachers. The encouraging environment projected by Marisa and associates breaks down many past personality barriers for the students. Many find friends for the first time and look forward to attending school. 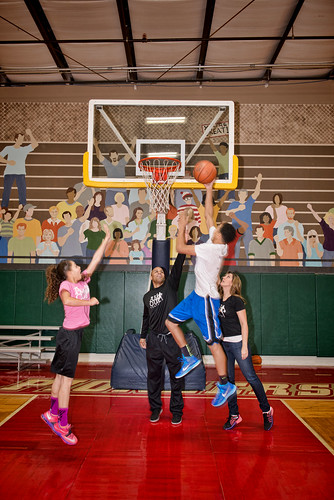 “These kids need a place such as the Independence Academy,” assessed Marisa. “This is a challenging time for our kids and they want to have a place that they can call home in continuing their education. These students are really improving and they can make a difference in their communities. We are teaching them to self-regulate.”

One 18-year-old will be attending Indiana Tech next year, while another recent graduate works at Kroger. Still others have taken smaller life-skill or educational steps, but their rewards have been emotional moments for Marisa, the founders and teachers. LaFay recalls one such story.

“We were practicing our winter concert and it was challenging for one of our students to step up to the microphone and perform,” remembered LeFay. “But she eventually went up on stage and belted out that tune. It really moved me. She had developed confidence in herself.

“Sometimes we want to pigeon hole people. But there are people with autism who are gifted and brilliant. What we are doing here is very exciting as we give these students a place to belong.”

This brings into play both Eddie and Marisa. The two are teaming up with the staff at Independence Academy to promote and produce a charity gala March 27 at Lucas Estate in Carmel. They hope to sell 300 tickets with the proceeds filtering back to the school inside First Meridian Heights Presbyterian Church at 47th and Central.

“We don’t have our own building and we don’t have computers,” admitted Marisa, who hopes to tap into friends from her NBA days. “We would like to add a counselor for kids in crisis and continue to grow our curriculum. We need everything.”

Except maybe for two things. It seems that everyone connected with the Independence Academy possess big hearts and plenty of passion.