The Economics behind Carmel’s Efforts to Promote Cultural Diversity

The cities and towns that fail to recognize the impact may be doing so at their own economic peril. Celebrating cultural diversity has proven to be a necessary component of any economic development plan. It is as important as tax incentives, public education, infrastructure and other driving factors.

As individuals, we identify with the beliefs, languages, customs, art, and institutions that comprise our communities. A community’s culture 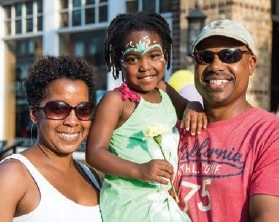 is the cumulation of these, and its diversity is its source of development, social cohesion and social development. Cultural diversity, while an asset for any community that is interested in its growth and advancement, does pose challenges for languages, educational systems, health care systems and the work force. Several communities across the nation are faced with rapidly growing populations and integration issues. Carmel is not immune to these challenges, but the city’s government and community leaders have a pulse on these issues and are proactively engaging their residents in a myriad of outreach programs and active discussions.

The overall culture of Carmel represents various influences and many backgrounds; it is reflected in its catalogue of cultural programs, festivals, entertainment, religious organizations, commissions and educational opportunities.

Throughout Mayor Jim Brainard’s six-terms, the city’s population has steadily grown from more than 25,000 in 2000 (2000 census) to just under 90,000 (2015 American Community Survey). Within those numbers, the city has also become more ethnically diverse, and the diversity is celebrated in a litany of celebrations, festivals, and arts-based performances produced by private organizations, faith-based groups, and the resident companies of the Center for the Performing Arts.

The city is host to festivals such as the Carmel International Arts Festival, Oktoberfest, Greek Fest, Holocaust-Days of Remembrance, Mooncake Festival, Russian Festival and new this year, an authentic Christkindlmarkt that will kick off the winter holidays. Every festival, program, and performance that is produced to engage, educate, and celebrate each other’s heritages, exemplifies the acceptance and compassion that is the Carmel culture.

“It is important to have a welcoming community for immigrants because without it we won’t be able to continue to attract the private companies and corporations that make up such large part of our tax base,” Brainard said.

“Carmel has done well in terms of attracting corporate offices to our city, and part of the tax revenue received from these corporations is double or more in percentage than in other cities. As a result, it is one of the reasons why our tax rate remains low. It is hinged on good public schools and a welcoming community. Our corporate culture is critically important to our growth, success, and competitiveness as a city.”

Brainard continued, “It is a global economy, and these companies bring with them employees from all over the world. If these employees don’t feel welcome, don’t have confidence in our public school system and don’t enjoy the Carmel culture, then the companies will not locate here but will go to another community where their employees do feel comfortable.”

Mayor Brainard was one of the first local leaders to compose an anti-discrimination ordinance in the wake of the fallout over the state’s controversial “religious freedom” law. “The government should not be deciding how people live their lives and how they worship so as long as people are not committing crimes,” he emphasized.

“We need to demonstrate throughout the U.S. that a democracy made up of immigrants does work. It’s important to remember that printed on the back of a one dollar bill, is ‘E pluribus unum’ which is Latin for ‘One out of many.’ We are the only country in the history of mankind that has built a nation out of immigrants from hundreds of countries and the native Americans. We have achieved this through the art of debate and discussion, shared values, and our constitution that represents freedoms of speech, press, and religion and representative government.

We need to get back to the basics of what unites our country and show the world that representative democracy does work.” Brainard praised the faith-based organizations, service organizations and all the residents who exude the city’s proclamation of acceptance and a welcoming spirit. 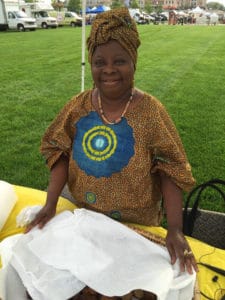 “Our residents and organizations understand that we, unless we are native Americans, came from somewhere at some point from a different country. That is one of our greatest strengths.

The people in Carmel are well-educated and worldly. We retain our heritages and many of those traditions, and we come together to share those with our neighbors.

We celebrate the many nationalities and traditions that have become the Carmel culture. We enjoy the diversity of food, dance, music, folklore and art that is due in part to our city’s appreciation and dedication to the arts and education.”

The city has enjoyed a 23-year relationship with its sister city, Kawachinagano, Osaka, Japan. The Japanese Garden behind City Hall is a tribute to the historic relationship. Carmel also enjoys its other sister city, Xiangyang, Hubei, China. The Mooncake festival is a traditional Chinese festival held in the fall and celebrates this relationship and Chinese culture through dance, music, and traditional mooncakes.

The mayor has organized the Carmel Interfaith Alliance, which is a coalition of faith traditions in Carmel that works together to build understanding and service for the city. Brainard also organized the Mayor’s Advisory Commission on Human Relations in 2009 to advise him and recommend ways to better recognize the contributions of all Carmel residents to the quality of life.

It also serves to identify any obstacles that may prevent full citizen participation in the city’s civic and other activities. The advisory commission started a project last year in collaboration with the Carmel Farmer’s Market that allows cultural organizations the opportunity to use commission’s booth, free of charge, to represent different nationalities and meet with the market-goers.

The Carmel Clay Public Library is another institution that engages the entire community with diverse programming and festivals that are family-friendly. The CCPL hosted the Indian Cultural Festival and the Dragon Boat Festival that is a partnership with the Carmel-Xiangyang Sister City Committee and the Indy Asian American Times.

“Carmel demonstrates publicly that we welcome people from all backgrounds,” Brainard concluded. “It is important that our residents know this and that our children are taught this, too.”

We will be covering additional events and programs that advocate for the city’s cultural diversity promotional efforts throughout the year. The first installment features the upcoming “A Night in India,” a Gregory Hancock Dance Theatre production, that is included in this issue.