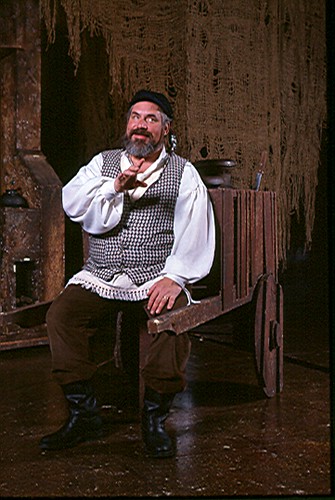 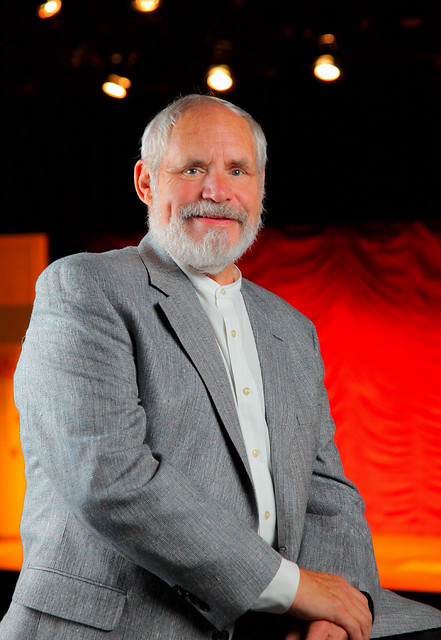 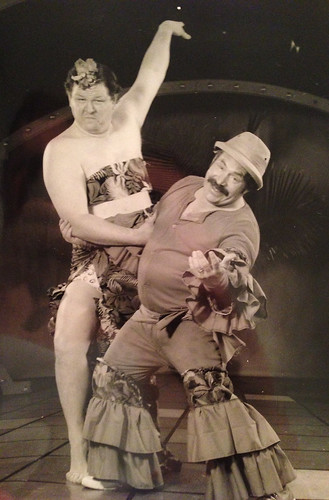 Have you ever thought about how many dining and entertainment options have vanished in the last 40 years in central Indiana?

Certainly, history has knocked out many of our once-upon-a-time favorite stops in the last 40 years. Habits changed. Places aged. But, perhaps surprisingly, there is one place that just keeps rolling along on the northwest corner of Indianapolis and just a few miles south of Zionsville.

Take an encore, Beef and Boards Dinner Theatre, a business still serving a full menu of both entertainment and food for 41 seasons after opening in 1973. It has become an Indiana monument in College Park.

The author of this long-running success story is Zionsville resident Doug Stark, who started his dinner theatre career with Ball State friend Robert Zehr in 1977. That was when the Indiana duo opened up a Beef and Boards near Louisville, Ky. Stark remembers two specific challenges he and Zehr faced.

“We were in a dry county and we were located a long distance from Louisville,” Stark remembered. “That was when we were having a gasoline crisis. The market just wasn’t right. But we learned what people liked and what people didn’t like. It was a learning experience for both of us.”

Three years later in 1980, the corporate office of Beef & Boards was looking for new operators in Indianapolis. Stark and Zehr raised their hands and took over the local shop. Eventually, Zehr, who owns Oak Hill Mansion in Carmel, sold his ownership share to Stark in 1998.

And the former Fort Wayne native who polished his theatre skills was ready to jump on the ride as a solo pilot. He has scripted a remarkable tale of success. Beef & Boards has consistently attracted about 150,000 visitors annually to his performances. That tally grows to more than 5 million customers since 1980.

“Simply put, he knows what he’s doing,” said the former Ohio newspaper editor who joined the theatre in 2006. “He knows his audience and he cares deeply that their experience at Beef & Boards is enjoyable from start to finish. He is directly involved in every aspect of the theatre – from the business, to the creative and performance sides. Beef & Boards’ success absolutely starts at the top.”

Stark learned the craft and the juggling of certain aspects of theatres during his tenure at the Hilberry Theatre in Detroit after a brief hitch as a teacher.

“We were performance oriented,” he remembered. “We would have three different shows, three different plays going on at the same time. It was training by being under fire but it was a terrific experience.”

Geographically, Stark has stayed on the north side of Indianapolis, just a few stoplights from his theatre. He alternated between Zionsville and Carmel before recently returning to Zionsville.

Stark has integrated two families into the theatre. The first is his blood family. His three children have been involved in acting, stage managing, house managing and serving as a director (daughter Elizabeth directed Oklahoma). Former wife Suzanne remains a stage partner, annually acting in one or two performances 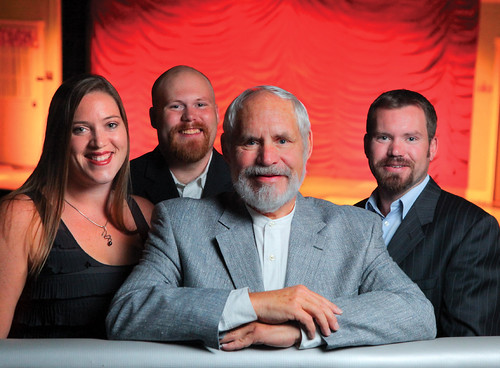 “It is wonderful seeing my children being so successful,” said father. “They are carrying their own weight.”

He is also a big fan of his other employees.

“One of the reasons why I continue to love what I do is how great the staff is,” Stark said. “A lot of them have hit their 25th or 30th anniversary with the theatre. They have become part of our family.”

Rettig agrees on the family assessment.

“There’s no place like Beef & Boards,” she admiringly stated. “It’s fun. It’s friendly. It’s family. Not only is it a family-run business, but it’s incredibly family-oriented. We care about the people who come through our doors and we care about each other. The Starks are directly involved. They know their employees’ spouses and children. They care about them. How could you not loving working in a place like this?”

And Stark, who turned 65, is not planning on bailing out soon.

“I get mail from the AARP and social security,” he admitted. “But I am not ready to quit. When you get older, some things may take a little longer to get done. I can’t perform in as many shows that I used to do, but I love this business. It is truly rewarding seeing people have a good time night in and night out. We are not trying to change the world. We want people to have a nice dinner and be entertained.”

Beef & Boards is Indiana’s only year-around Equity dinner theatre and only one of seven Equity dinner theatres in the country. The theatre employs both Equity (union professionals) and non-Equity performers. Actors are discovered locally and in auditions in Chicago and New York. A new cast is selected for each show and Beef & Boards provides travel and living accommodations for out-of-town actors.

Casting director, producer, performer and director Eddie Curry will be dispatched soon to New York City to audition more than 500 actors for the 2015 season.

“Being an Equity theatre has afforded us the opportunity to work with only the best actors, singers and stage managers,” Curry said. “We feel that has helped us insure quality entertainment for our audiences.”

Stark understands that quality is the bottom line of any business.

“That is one reason why we are constantly upgrading the building,” noted Stark, who has implemented improvements on the theatre’s façade and carpeting. “And why we work on bringing in the shows that people want to see.”

The owner also keeps in touch with his counterparts at Civic Theatre (Carmel) and Indiana Repertory Theatre (downtown Indianapolis).

“Indiana has an interesting theater market,” he said. “I think our audiences are different. We each have our own niche.”

And with Stark, family and employees at the front of the stage, you can expect audiences to keep rolling in at Beef & Boards Dinner Theatre.

10 Things to Know About Beef & Boards and Owner Doug Stark

1. How many pounds of roast beef does chef Odell Ward and his staff cook per performance?
180 pounds

2: What happens to the nightly leftover food from the buffet?
It is delivered to Mt. Olive Ministries.

3: Several years ago, Beef & Boards expanded its weekly schedule, bringing in music entertainment on Monday nights. Who were some of the performers?
Some of the acts included Donny and Marie Osmond, Ray Stephens, Jan and Dean, B.B. King, Tina Turner, the Turtles, Ray Charles and the Righteous Brothers.

4: Beef & Boards has hosted six Neil Simon plays. Which is Stark’s favorite Simon production?
“The Odd Couple” (December 27 through February 2), which will open the 2015 season.

5: “Fiddler on the Roof” returns this season to Beef & Boards. It will be the sixth time the play has been performed at the theatre. Why?
It is family based. It tells the story on what families do to get through life.

6: What has been the biggest theater flop at Beef & Boards?
Believe it or not, “Little Shop of Horrors,” said Stark. The play opened before Steve Martin and Bill Murray starred in the movie.

7: What play has Stark not chosen for Beef & Boards?
The Tony-award winning comedy, “Avenue Q.” “I would love to do the show, but it contains language that our audience wouldn’t approve,” he admitted. 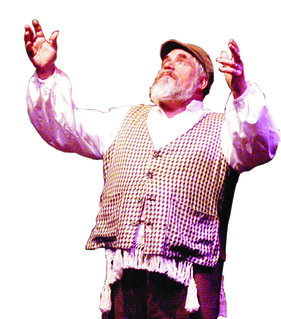 “Crazy for You,” “The Drowsy Chaperone,” “Peter Pan,” “Smoke on the Mountain,” “South Pacific” and the “Addams Family.” Additionally, “Charlotte’s Web” and “Snow White” will be part of the Live Theatre for Kids series in 2015.

9: Who are Barbara and Dale Hylton?
They are two theater and concert fans from Indianapolis who have been coming to Beef & Boards since 1973. “We never missed a concert one year,” said Barbara. It was reported that the couple went 29 times to Beef & Boards in one season.

10: What is one of the biggest assets the theater possesses?
Free parking!