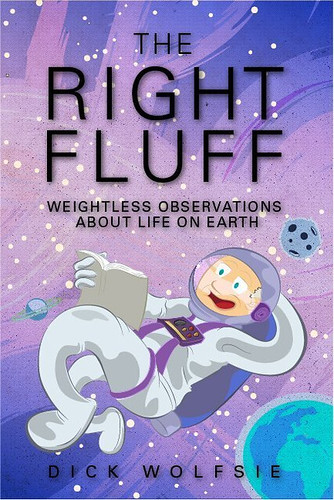 Dick Wolfsie, the jocular word-slinging wizard, has just released his 13th book titled, The Right Fluff: Weightless Observations About Life on Earth. In this volume of lighthearted compilations you will understand how Wolfsie received permission from his wife to join a strip club, why he has only round numbers in his checkbook, why he is listed as female with Medicare, how he stole another man’s underwear, and how he got caught pandiculating in public.

“I love finding things in life that are annoying to other people but strike me as funny,” says Wolfsie who has written more than 700 humor columns within the last 15 years. “I’m always delighted when I meet people who tell me that they have read one of my columns, clipped it out from the paper and put it on their fridge because they could identify with my entertaining reasoning.”

Wolfsie has had a distinguished and varied media career in Indiana. His syndicated column is published in 40 newspapers and also appears twice weekly on WFYI radio. If you haven’t read his work or heard him on radio then you have most likely seen him on WISH-TV where he has served as a feature reporter for 25 years. His personal stories and video essays have been syndicated nationally.

Although he was a former high school and college English teacher, he eventually shared his unique brand of humor across media platforms including more than 10,000 hours of television. His contributions have earned him many honors including a regional Emmy for best host, national ACE Award, and Casper Award for five years as host/producer of AM Indiana. Wolfsie lives in Geist with his wife, Mary Ellen and their beagle, Toby.

His other popular books include Mopey Dick: Deep Thoughts From a Shallow Mind, Indiana Curiosities: Quirky Characters, Roadside Oddities and Other Offbeat Stuff and Mornings with Barney, a true story highlighting Wolfsie’s endearing relationship with his mischievous pet beagle.

As we head into the holiday season, you can make your shopping experience easier by visiting these upcoming book-signing appearances with Wolfsie: 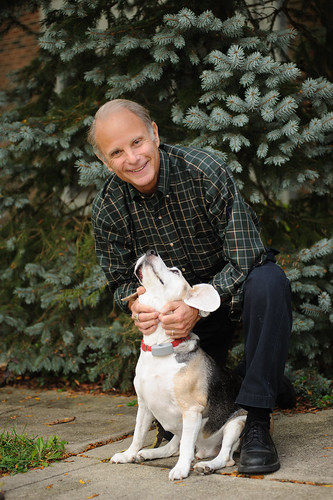 If you would like a personalized copy for that someone special on your list, Wolfsie will gladly sign you a copy at your request. To purchase any of his books, you can simply email him at wolfsie@aol.com or call him directly at 317-594-9312. Go to wolfsie.com to learn more.