Dennis Miller at The Palladium 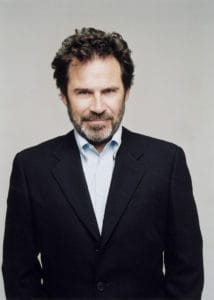 Dennis Miller, the five-time Emmy Award winner and comedian, is coming to The Palladium. Miller is listed as 21st on Comedy Central‘s 100 greatest stand-up comedians of all time. You may remember him from his days as anchor of the “Weekend Update” segment on “Saturday Night Live” (SNL) and his catchphrase, “That’s the news, and I am outta here!”

In addition to being an award-winning comedian, Miller’s complete resume is nearly as impressive as any of the world’s seven national wonders. Miller has tried his hand as a talk show host, sports commentator, actor, author and television personality. After captivating audiences on “SNL” from 1985 to 1991, he went on to earn five Emmy Awards and three Writers Guild of America Awards for his critically acclaimed talk show, “Dennis Miller Live.” Miller is also the author of the New York Times bestsellers, “The Rants”; “Ranting Again”; “I Rant, Therefore I Am”; and “The Rant Zone.”

Don’t miss this opportunity to see Miller at The Palladium May 18 at 8 p.m. Visit thecenterfortheperformingarts.org for more information.

Having visited Indiana before, are you familiar with Carmel, or will the northern suburbs be new territory for you when you come in May?

I have not been north of Indianapolis, so I don’t know what the northern territory is. I’m not Jack London, but I do love Indianapolis. Shapiro’s Deli is my favorite deli in America. To me, Indianapolis is the best place to hold a Super Bowl or Final Four, and I’ve been there for both of those things. I dig that you can walk around the downtown area. Sometimes when you visit a city for a major sporting event, and I don’t go to all that many, but some are so spread out that there’s no esprit de corps like there is in Indianapolis.

Upon attending the Super Bowl in Indy, you had a rather atypical encounter with a Hoosier governor and limo driver. What happened that night?

At the game, I ran into then-Governor Mitch Daniels, and he gave me his phone number. After the game, I was trying to blow off to the airport where I had chartered a plane because I had to get to New Orleans. I catch a limo at the hotel, and the limo driver told me that there would be a premium. So we get to the airport, and the driver wants $1,000. And I say, “I’m not paying you $1,000. What? Are you kidding me?” I told the guy, “It’s the Super Bowl. I get it, and I’m not trying to cheat you here. I’ll give you $400. God bless you. Go have a good time with that.” He continued to argue with me and was trying to gouge me. I don’t mind being gouged, but don’t put me on the rack. So I tell this guy that I’ve got Mitch Daniels’ phone number, and then I called the governor. It was just funny that this one time in my life, I had the phone number of a state’s governor in my pocket. I told Mitch that I was being gouged by a citizen, and I told the limo driver, “I’ve got the governor for ya, and he wants your limo number.” The guy said, “Uh, well, let’s talk about the fee.” So I told Mitch, “I think I’ve got this thing handled. Thanks.”

Usually when I go to Indy, and when I went with my dear departed friend, Andy Granatelli, we were treated like kings. The limo driver was the exception to the rule and was acting in a very non-Indianapolis way.

You worked alongside Al Michaels for two years on Monday Night Football. Fans and critics have mixed emotions about your coverage during that period. What are your thoughts, and what was one of your favorite moments from working that booth?

I look back, and I’ve had a lot of things shot out from under me and I probably wasn’t good at them. Football was an odd mix. I was having fun, but after two years, they [executives] were probably like, “This is just too weird” and “This chap’s references are just too weird. We’re getting too many complaints.” One night, as they [team officials] were wrapping this one player’s ankle with gauze, I said to Al [Michaels], “I haven’t seen that much fabric used since the environmental artist, Christo, wrapped the Pont Neuf Bridge in Paris.” Al muted his mic and said, “What the f*** are you talking about?”

You hosted the MTV Music Awards in 1995 and 1996. That’s a quite a nod for anyone to be asked to host. What is one of your favorite moments that took place onstage or behind the curtains at that awards show?

I did host the MTV Music Awards, believe it or not, since I’m such an old square now. One year, Oasis was on, and at the end, the Gallagher kid [Noel Gallagher] threw a beer out into the crowd. I was on a side satellite stage where they [audience] threw it back to me, and I said, “Ooh, he threw a beer.” And everybody laughed. Afterwards, I went back to this little holding pen they had for me, and it was like a shower stall where you could sit and watch the show. I had some cheddar Goldfish crackers, ice water and bananas back there. That’s all I wanted. I get back there, and Mike Tyson’s there. He was presenting that night. The stage manager comes in and tells me that one of the Gallaghers is looking for me and that they were pissed off that I made fun of them on stage. I looked at Mike [Tyson] and said, “I guess this guy’s really pissed.” The door opens, and Noel Gallagher sticks his head in looking for me. And the look on his face when he saw me sitting there with Mike Tyson – I mean, that’s the last guy on the planet that you want to pick a fight with. Mike looks up, and in his voice, he said, “Hey Noel, want some Goldfish?” Oh, that was funny!

Speaking of funny, you were inspired by and later became close to some of the greatest comedians to have ever walked the planet. What was your relationship like with the late Robin Williams and George Carlin?

I loved Robin [Williams] like a brother. We spent a lot of time together. I knew George [Carlin] less, but he was “the man.” When George said my name for the first time, I almost fainted. Those are two of the five best comedians who ever lived.

Is it more difficult to be a comedian in today’s climate?

What do you think? Have you ever seen things as uptight as they are? It’s a hard time to be a comedian, but then again, I’m on the back side of this. It’s not like I’m striving and on my way up. It’s the toughest time that I’ve ever seen to be a comedian or to speak in public about any issue. It kind of reminds me of the McCarthy hearings. It’s uptight times in America.

Hell, it’s dividing us. Never have we had more ways to come together and realize that we really did not need to come together. Social media has divided us. Plus, it has made the mundane more delectable. Never have lives less lived been more chronicled. Lewis and Clark didn’t keep notes as assiduous as a group of teenage girls doing brunch on Sunday. I use social media to try out my jokes. There’s a bunch of diagnostics on Facebook that tell me what I need to know as far as how people are reacting. It is a good tool for that.

What advice would you give an up-and-coming comedian? What lesson could an aspiring comedian learn from you at this stage of your career and life?

I’d say become a dramatist. Go write touchy-feely commercials. Those seem to be doing well right now. I try to write intricate jokes. I didn’t take it seriously when people celebrated me, and I don’t take it seriously now when people tell me they hate my guts. I just do what I do. I’ve got a weird vocabulary. I remember cultural references. I’ve been good with similes my whole life, and I connect them. I’ve got a delivery that I learned from watching Richard Belzer – not a kiss a** on stage and I mix it all together. I don’t mind having people disdain me. I must have a broken part, but you could be whining about a heckler then you get in the shower and find a lump in your armpit, and you think, “What the f*** is this?” And then all of the other s*** falls away. It’s showbiz. It’s not that serious. You’re the one that chose to stand up on an elevated platform. To me, the highest rung of showbiz pain never comes within tailing distance of the lowest rung in real life pain, so shut up and have some fun.