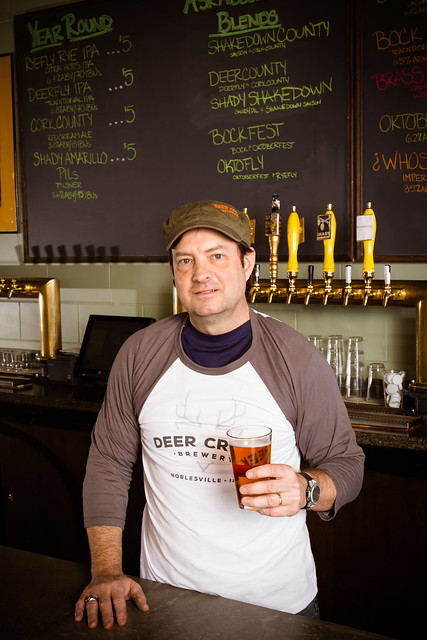 If you want to know more about brewing, Jeff Eaton is the man to talk to.

“I came up with the idea of opening Deer Creek Brewery and featuring whiskey barrels in our bar area after visiting distilleries in Kentucky,” Eaton said. “It really appealed to me, and I know it will have the same appeal for other people.”

“We have had a very successful, 16-year run at Barley Island, but it is really seen as a restaurant,” Eaton said. “We created Deer Creek Brewery to get our brews in more diverse locations, such as restaurants, bars, liquor stores and other locations.”

“Barley Island has had a great year, and we are really hoping for the same with Deer Creek Brewery,” Eaton said during a tour of his facility. “We will be doing a lot of canning, bottling and distribution of kegs at Deer Creek. We will also be having the beers canned by mobile canning companies. We are very excited about this. A lot of our customers have already been asking about it.”

The four-pack bottles will be available in August. 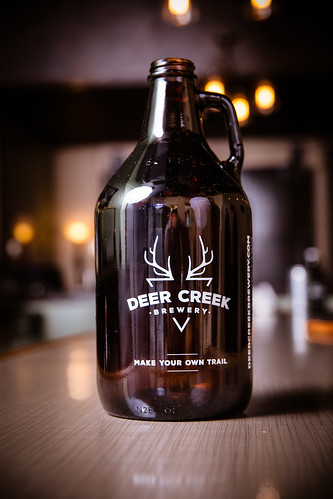 “At Barley Island, we renamed one of our porters as Deer Creek Porter,” he said. “It was a big hit, so I wanted to do something else with the name again.”

Eaton, who used to work at Roche Diagnostics in the Global Marketing and Hospital Glucose business, said the tasting room at Deer Creek Brewery was opened on Nov. 25, 2015, the day before Thanksgiving. The grand opening was May 21, 2016.

“The grand opening will be family friendly and will be a benefit for the Hamilton County Humane Society,” Eaton noted.

“We have been able to triple our brewing capacity, and we will be able to have a 20-barrel brewing system,” Eaton stated. “We also have a large bottling and packaging production line.”

“We offer very minimal food here, but we are not competing with the restaurants, which helps us get our products into their restaurants,” Eaton said.

Brewery tours are also offered, and a shuttle service is provided by The Brewline to take concert goers to select Klipsh Music Center events.

“We receive a lot of business from people just driving by, seeing the sign and stopping in,” Eaton said. “We have had a nice mix of new people we have just met and are also loyal customers from Barley Island.”