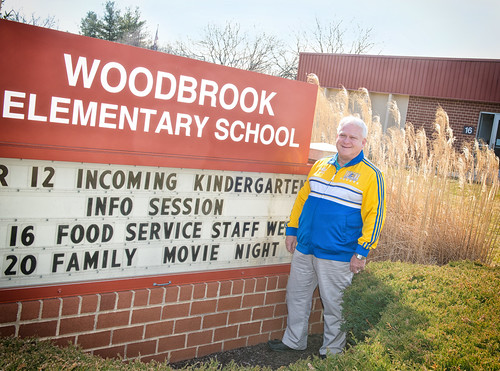 All of us who have pounded the American sidewalks sometime during the last 78 years have read, seen or heard about mild-mannered newspaper reporter Clark Kent and his quick change exploits when he discarded the glasses, borrowed a nearby restroom and turned himself into the red caped superhero, Superman.

Okay, it would be a gross exaggeration to call longtime Carmel elementary teacher Dave Slipher the Hoosier version of Superman. And although Slipher may support Superman’s motto of truth, justice and the American way, no one in Carmel has witnessed him bending steel with his bare hands, running faster than a speeding bullet or changing the course of mighty rivers.

Why, this modern day Clark Kent couldn’t match strengths with powerful locomotives. But for 38 years, the Carmel native led an intriguing duo life. During the day, he taught fifth graders at Woodbrook Elementary School and at night he headed up the event management team at Market Square Arena and Bankers Life Fieldhouse (a la Conseco Fieldhouse).

There was no red cape or big “S” on the event uniform. Instead he continues to hustle his way into a variety of coat and ties and patrol the crowds at Bankers Life Fieldhouse for NBA playoff games, world championship wrestling contests and a variety of concerts that stretch from country to rap to pop. During his teaching days at Woodbrook (1976-2010), Slipher annually pulled as many as 250 double shifts. The front half of the day he was teaching history, science, etc. and during the back half of the work day his assignments included monitoring and directing 125 Pacers Sports and Entertainment employees in regards to ticket taking, security and ushering responsibilities for audiences as big as 18,000.

“I did both jobs for so long that it just came natural,” remembered Slipher, now completing his 51st season in event management. “I would get up and go to school. Then I would go home, change and go downtown.”

Actually, his first crowd management assignment wasn’t downtown. It was at the Coliseum and the year was 1964. And it was also long before he graduated from Carmel High School (1970) or collected his degree in elementary education at Lincoln Memorial University in Tennessee or coached football and baseball at Carmel’s Dads’ Club.

He was 11 years old when he joined his dad at the Coliseum to serve as a paid usher.

“I was on top of the world,” remembered Slipher. “I was making $3 a night. People would show you their ticket and you would tell them where to sit. That was very easy.” 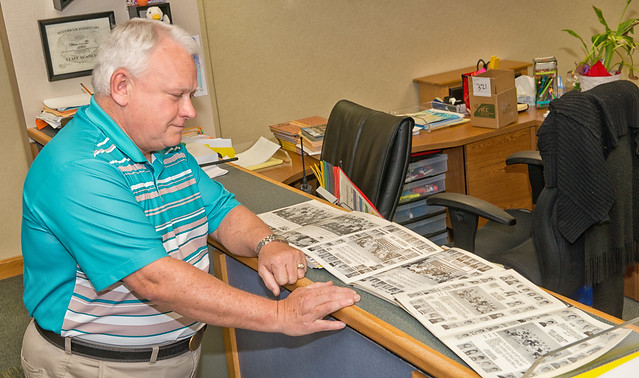 Slipher’s ushering career was scheduled to start a few weeks earlier. But the Carmel youngster preferred to go trick-or-treating that night of Oct. 31 in 1963. It was on that infamous occasion during the Holiday on Ice show when a ruptured propane tank exploded and rocked the Coliseum, killing 74 and injuring more than 400 persons.

“I was lucky,” he admitted.

For Slipher, his duties started during the following January and included shows at the Coliseum by Three Dog Night, The Turtles, and Blood, Sweat and Tears. Eventually, his concert resume grew to Neil Diamond, AC/DC, Fleetwood Mac and hundreds of others during his 41 years of service at Market Square Arena and Bankers Life Fieldhouse. He also worked numerous event positions during the days of Starlight Musicals at Butler University.

“I have been able to meet a lot of people,” admitted Slipher. “But I never asked for an autograph.”

And that no autograph policy included the time he received a surprise dinner invitation with Jim Nabors after a Starlight performance. Slipher was added to the Nabors’ entourage that went to Friday’s at Keystone at the Crossing.

Still, Slipher abided by his no autograph rule.

“Even though I was a high school student, I know I could not be fan,” he recalled.

But sometimes that guideline can be challenging. Especially regarding his beloved Pacers. Slipher admits his home’s closet is overflowing with blue and gold T-shirts, polos, sweatshirts and other Pacer apparel. And he has journeyed on the road to Pacer playoff games. But he keeps a distance from the players, though Reggie Miller would frequently ask how his son (Dave Jr.) was doing while he served in the U.S. Navy.

Slipher says he will never cross the line with his favorite team.

“I always wanted to work for the Pacers and I have worked for them for 50 years,” he said. “As long as they want me, I will be there.”

Slipher has been an ideal soldier for Pacers Sports and Entertainment. Both he and his troops are outstanding followers of the philosophies adopted by the Simon family, CEO Rick Fuson and other leaders at Bankers Life Fieldhouse.

“We always work to treat people with respect,” said Slipher. “If someone comes up to you with a problem, you put yourself in their position. You listen to their thoughts and needs and then you try to explain your thoughts on how to fix the problem. But you have to listen and help them with their situation. All businesses have worked to improve a customer’s experience. If we don’t make a good memory, people will not come back. They will go to another venue.”

Slipher believes he learned this style during both his and his mother’s teaching days in the Carmel school system. 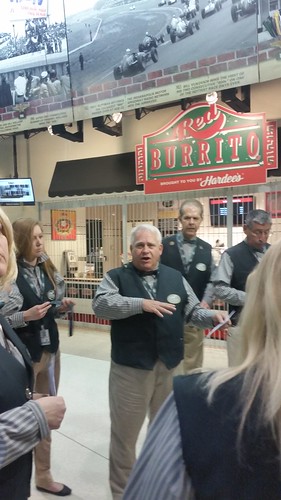 “The situation of crowd management and teaching is very similar,” he said. “You work to listen and to solve.”

But Slipher also believes Indiana fans are special and perhaps not as feisty as those in other cities. It has made his nighttime job more enjoyable, particularly when he missed some Pacer games due to a non-threatening surgery.

“A lot of season ticketholders asked how I was doing when I came back,” recalled Slipher.

“But that’s the way most of our fans are. They just don’t cause problems. People are a little more emotional these days, but overall they are very respectful of you, the fans and the players.”

Sounds like something Superman – or Clark Kent – would say.