Our City in 2015: An Overview of Downtown and Midtown 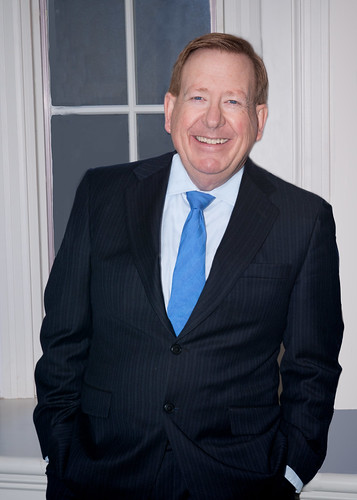 As 2014 ends and 2015 begins, Jim Brainard has now served five consecutive terms as the Mayor of Carmel. He shared with the Carmel Community Newsletter, the city’s objectives for 2015 and the factors that make the city one of the most attractive places to live and work in the U.S.

Rewinding back nearly twenty years when Brainard first took office in 1996, he and members of his administration recognized that Carmel is a large area and that the former Quaker village area known as “Old Town” wasn’t large enough to be a downtown center. The city had a huge public investment in the high school and the public library so they invested in the streets and roads surrounding these public assets. Through public and private partnerships, Main Street and Range Line saw a series of redevelopment projects and notable additions such as, the Indiana Design Center and the development of the Arts and Design District, formerly Old Town. During an interview with Brainard, over four years ago, he shared the successes that included the opening of the Palladium, the Studio Theater and the Tarkington Theater at the Center for the Performing Arts, the City Center and the finalization of Keystone Construction Project.

Midtown is the latest redevelopment district that is now generating significant buzz. This district is meant to connect the redevelopment that has already taken place on Main Street with the City Center and the Center for the Performing Arts.

“In the late 90s, we came south four blocks to where Kroger had moved across the street and left an empty strip center,” Brainard said. “The city’s redevelopment commission bought 88 acres with a goal of master planning, partnering to provide public infrastructure and then building our City Center. Of course, the Palladium is the anchor of that area today. Midtown is the redevelopment area that is meant connect the two.”

The project’s focus will be along 3rd Avenue and the Monon Trail in the beginning phase. “There’s lot of abandoned, former industrial buildings along the Monon and between the Monon and 3rd Avenue,” Brainard said. “Those are the areas that will be developed first. Justin Moffett with Old Town Design Group and Jeff Langston’s group, Heartwood Custom Homes have proposals in front of us. The redevelopment commission is in the process of negotiating with both parties. Pedcor Companies also owns land in this area and has a development proposal on the table as well.”

A project that was tabled after 2008, and Mohawk Hills is an area of focus for the city this year. “We have a lot of investment being made in Mohawk Hills right now, which is a project that got delayed by the recession,” Brainard explained. “A lot of exciting development is planned for along Meridian Street between U.S. 31 and Old Meridian. The city was able to obtain some extra state funding to rebuild Main Street from the U.S. 31 bridge all the way over to Old Meridian, it is about half completed and will be finished in the spring. That is going to be a great new entrance into Carmel and will make connectivity so much easier.”

While on the subject of road construction and the U.S 31 project, the Mayor gave some good news. “It is going very much on schedule,” he replied. “While Carmel is coordinating very closely with the state and working with them on their detour routes, it is still an INDOT (Indiana Department of Transportation) project, not a Carmel project.”

In regards to job growth and the health of Carmel’s economy, Brainard responded with a positive outlook for 2015.

“Our growth in jobs has been off of the charts in the last two years,” he said. “GEICO is going to add up to 1600 jobs in Carmel. We’ve had American Specialty Health choose to move their headquarters to Carmel and bring with that relocation, 675 jobs. We have smaller firms and long time Carmel firms growing very quickly. There are several new software companies that are doing well here in Carmel and professional service providers that have major facilities based here. We don’t see this growth stopping in the near future.”

In addition to the job opportunities and national accolades that Carmel has received, it is also the school system that attracts people to move to Carmel. Brainard spoke candidly about the funding challenges that have been presented by a statewide coalition, that includes Carmel’s Superintendent, Dr. Nicholas Wahl and will be reviewed by the state’s legislature in 2015.

“We value the importance of education and particularly public education, as being part of the American dream in this city,” Brainard expressed. “We believe that it is a basic right, regardless of one’s background, to go to a public school. It is important that we remember that this is a country of immigrants and has been since the day we were founded. For all of these people to come together from different cultures, the public schools are a great thing because everybody starts out on a level playing field. It doesn’t matter where you are from. It has to do with how hard one works and what they choose do with their lives. There is a great history of public schools in the U.S. and public education remains important to the success of our country. We also have great parochial and private schools in Carmel for those who want that option. A few years ago we voted to spend additional money, although we have one of the lowest tax rates in the state, on a referendum to make certain our schools would be able to maintain their level of quality programs and curriculum.

“The state formula, as it is written now, isn’t kind to suburban schools like Carmel and we are trying to get that changed through the state legislature. Our citizens voted to spend more on our schools with the last referendum. That is our number one economic development driver. In addition to excellent jobs and schools, we need our bike, park and trails system. We need our walkable downtown areas, smarter development, cultural amenities and good traffic flow to have the quality of life that our citizens have come to expect.”

A world-class amenity that is located within the city’s limits, the Palladium, is part of the Center for the Performing Arts. It is an inviting gathering place for the community, along with the Center’s Studio Theater and the Tarkington. Combined, the three venues are a place for community engagement and for people to celebrate great art together.

“The city built and owns the building through its redevelopment commission but we recognize that city government isn’t the best entity to operate a performing arts center,” Brainard openly admitted. “We’re better at operating a street department. We set up a 501©(3) corporation to operate the Center for the Performing Arts and they have a 50-year lease with us. They have their own board that is divided into two parts. There is the part that operates the center on a day-to-day basis and then there is a part that operates the Great American Songbook Foundation, founded by Michael Feinstein.

“We are really excited about the people on that board, as it has become a national board. It is a way for us here in Carmel, Indiana, to have national involvement and be able to raise funds from across the U.S. for the purpose of preserving this great music and the incredible memorabilia. One of my favorite things that the foundation does is the high school vocal contest. This year it is going to be held in September and it brings together students who love this music and its heritage. It is the music of the twentieth century and that the rest of world knew America by. It tells the stories of our culture and of our people. It is the history of our parents and grandparent’s lives. We don’t have an entity that preserves and teaches the music like the foundation does, anywhere else in the country. One of our goals is to have a stand alone building for them, located here in Carmel and to raise funds from across the U.S. to preserve the memorabilia and the music from the Great American Song Book.”

One of the Mayor’s favorite pieces from the foundation’s collection is the original typed lyrics from the “Unchained Melody” made famous by the Righteous Brothers. Visitors will also find several other unique pieces, including Gershwin’s notebooks and other memorabilia that has been donated by artists and their families.

Brainard has received national and international attention for the accomplishments that have been achieved during his years in office. Carmel has been featured in magazines in Denmark and England. Recently, The New York Times featured the city in July of 2014. BBC featured a story on Carmel that received two million hits within a few hours of being posted. While the network from across the pond took credit for their exportation of the roundabouts, they didn’t stop short of dubbing Carmel the “Milton Keynes of the U.S.”

“Anytime that we can get our city’s name out there it is a good thing for our city,” Brainard concluded. “When we make that call to try to get a company to locate here, they’ve already heard of us and they associate us with innovation and as a great place to work and live.”