Carmel’s own Nishesh Basavareddy is a rising star among his peers throughout the national and international tennis community. The Carmel High School sophomore recently captured two titles—boys 14 singles champion and boys 14 doubles finalist—in the United States Tennis Association (USTA) Boys’ 14 National Clay Court Championships with a 6-1, 6-0 victory over Dylan Tsoi of California. The weeklong tournament was held at the Jimmy Evert Tennis Tournament in Fort Lauderdale, Florida, this past July. Basavareddy was one of the 192 players representing 49 of the 50 states that qualified for singles play along with 99 doubles teams.

This is Basavareddy’s second national championship win, but he was unseeded after he suffered a torn meniscus. After rehabbing his knee, Basavareddy qualified for the 2019 Midwest Closed Championships and managed to win the 16s Boys’ singles title. And after a year-long hiatus, the 14-year-old athlete has made a remarkable return to the courts, reclaiming his title as the nation’s best in his age group and one of the best teenage tennis players in the world.

“After the surgery, I started rehabbing as soon as possible so that I could try to make my recovery as fast as possible and strengthen all the parts that I needed to focus on,” Basavareddy said. “I tried to work a lot on my upper body and still try to find ways to improve. I could still work on my strokes to make sure that I didn’t lose the feel of the racket. When I came back, I felt like I wasn’t too far behind and was able to get back into the game pretty fast with the help of my trainer and therapist.”

Basavareddy began playing as a young child, along with his brother, Nishanth, a CHS senior, having been introduced to the sport by his father. His family moved from California to Carmel, Indiana, when he was in the fourth grade, and both brothers began training with Brian Smith, who has been working with the brothers over the years, improving their physical strength as well as their individual games.

“We [my brother and I] also played soccer, but once we got a little older, we both started to take more interest in tennis,” Basavareddy said. “I competed in a junior tournament in the 8-and-under, and both national and international players were there. That was when I started facing more competition, and when I won those tournaments, I started to realize that I could go further if I started spending more time training—on and off the court.”

As a sixth grader, Basavareddy won his first national championship at the USTA National Winter Championships in Boys’ 12s singles.

Basavareddy added, “I had won level 2s and 3s before that, but that was my first level 1 tournament.”

A rising star in the tennis community, Basavareddy has competed throughout the U.S. and also in Europe. He participated in the Longines’ 16-player international event, played during the 2019 French Open.

“After I played in two other tournaments and felt like I matched up pretty well with my opponents, I was ready to go back into national tournaments,” Basavareddy said. “I had been keeping my routines and doing all the things that I’ve been working on for the past couple of months, and it has ended up working pretty well for me.”

Basavareddy didn’t have much time to kick back and enjoy his championship win in Florida as he had to immediately begin training for the United States’ 14-and-under team that competed in the World Junior Tennis Finals at the TK Plus Centre in Prostejov, Czech Republic, last month. He was one of three boys on the U.S. team, and his 11-0 singles and doubles matches contributed to the U.S. clinching their sixth tournament title.

“I didn’t have too much time to reflect on the USTA win because I had to start training for the team tournament in the Czech Republic and had to make sure that my body was at 100% again,” Basavareddy stated. “Now that they’re done, I’ve had time to reflect and be happy about it.”

While he’s more than accomplished on both, Basavareddy prefers clay courts to hard courts.

“I love clay courts, but I’m also good with hard courts,” he said. “I like clay courts a little better because they’re a little slower

than hard courts, and I am a little bit more comfortable on clay. It’s easier to slide on them, and when we lived in California, we belonged to a [tennis] club where I played a lot on clay courts.”

Basavareddy is currently training and improving his game in preparation for a busy winter tournament schedule.

“There is an international tournament that takes place in Miami, Florida, and that’s a pretty big tournament,” he shared. “I’m looking forward to that, but this is a period of training and improving for me.”

When he’s not on the court training as a reigning national champion, Basavareddy is like any other teenager who likes to hang out with his friends and enjoys his hobbies off the court.

“I usually have quite a bit of homework, so I focus a lot on my homework,” Basavareddy admitted. “My favorite subject is math, but I also like reading in my off time and playing Ping-Pong and other sports with my friends.” 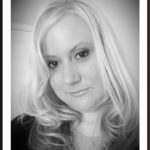