The Rotary Club of Carmel has a new CarmelFest Chairman overseeing one of the largest Independence Day celebrations in the state, attracting approximately 50,000 attendees. Gary Sexton, a Carmel resident and Rotarian, inherited this role from his predecessor, Jeff Worrell, who served as the chairman for three years.

This year marks the 27th year of CarmelFest, a two-day Independence Day festival presented by the Rotary Club of Carmel and organized by a legion of volunteers that boasts a remarkable Fourth of July parade, free entertainment on three stages, interactive “KidZone” with rides, games, petting zoo, CarmelFest marketplace and festival food row and many more activities for festival-goers.

“Since the nature of the work is cross-functional, I get to work with vendors, the various city departments and their employees and our guests. I genuinely enjoy the connection with all of the different groups that come together. I especially enjoy working with all of our committee members who work diligently to make this festival happen.” 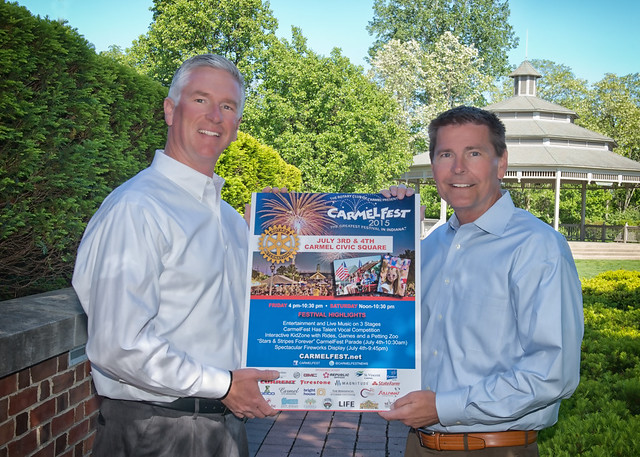 When asked what his reaction to being named the chairman was, Sexton humbly replied, “I was very honored to be asked, and knowing that there are so many qualified people with a lot of seniority on our committee, I was a bit surprised that they asked me. I am honored to be in this role and want to contribute to the CarmelFest tradition. I am following in Worrell’s footsteps, and those are very big footsteps.”

After much contemplation about what he could do to add to the rich and vibrant CarmelFest tapestry, Sexton brought a district-wide Rotary theme to his committee. The Rotary District 6560, in which the Rotary Club of Carmel is part of, brought attention to the food insecurities within its district this year, and Sexton decided it was the right time to bring a plan to his local club and incorporate a food drive component into the festival.

“We are implementing a food drive as part of the festival beginning this year,” Sexton said. “It is a great opportunity for our community to give back to those in need. It makes sense to have a food drive, opposite of when it is popular during the fall and winter holiday seasons. Facilitating a food drive, mid-year, will assist the area food pantries that may be running a little low this time of year.

“It would also target assistance to the children who will be out of school and won’t have access to school lunches. It made sense to utilize our media outlets and resources to generate awareness and collect food around the CarmelFest celebration. Hopefully we, along with our food drive partners, will be able to do a lot of good in 2015 and beyond while celebrating our nation’s independence.”

Sexton has garnered the support of local companies to partner and assist with the logistics, collection and messaging of the CarmelFest Food Drive. The Rotary Club of Carmel announced a unique and historic partnership with Nancy Chance and her organization, The Good Samaritan Network in Hamilton County. Chance and her team of logistic experts will coordinate the collection and distribution of the food donations to the food pantries located throughout Hamilton County. 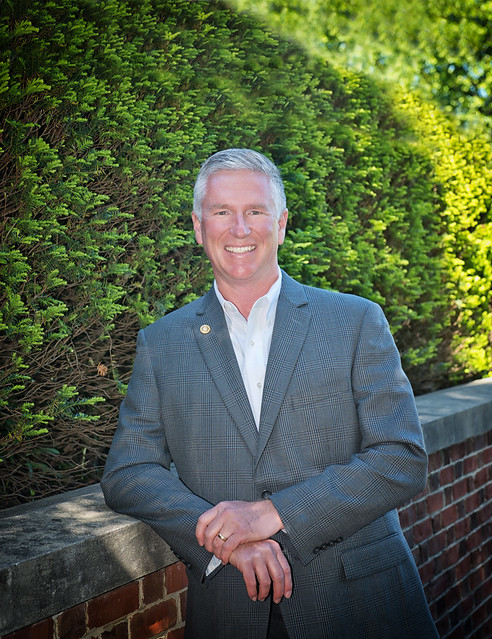 “I see it as a great opportunity to look into resolving food insecurity in Hamilton County,” Sexton said. “Partnerships like this one between the Rotary Club of Carmel and Good Samaritan Network are crucial to any large scale projects because we accomplish so much more together than we ever could individually.”

The newly renovated Carmel Kroger store will host a food donation center inside of its store throughout the week leading up to the festival. Donations can be purchased on-site and deposited at that location beginning Sunday, June 28, through July 4.

Two other food donation sites will be located on the grounds of CarmelFest on July 3 and 4. They will be marked with wrapped box trucks and strategically located at East Gradle Drive and Rangeline as well as West Gradle Drive and Third Avenue SW at the main entrances of the Civic Square. Festival-goers can bring nonperishable food items to any of these locations.

“We at Kroger are really committed to assisting with food insecurity relief,” said Karen Hansen, Kroger store manager for Carmel. “Food is what we are all about, and making sure that everybody is fed is really important. For us to be a part of the CarmelFest Food Drive is a great opportunity for us to help others in our community as our community has supported us.”

“There are needs and causes within communities that people think about in the moment, but they don’t think about the long-term picture,” said Kroger spokesperson John Elliot. “We [Kroger] have been dealing with hunger relief for 132 years. It won’t be solved with a singular food drive. It is a long-term, multi-generational challenge that we have got to continue working harder and smarter at, and every collaborative partnership that we can develop is needed. Finding a permanent solution to food insecurities is a daunting and large challenge.”

In addition to the generous support that has been received by local businesses and his committee members to help kick-off this year’s food drive, Sexton acknowledged the unwavering support that he has received in his first year as the chairman from the numerous community sponsors and most importantly his CarmelFest committee members that work to put on the entire festival and all of its components.

“I feel that a ‘thank you’ isn’t enough, but it is the best that I can do at the moment,” Sexton expressed. “Our entire committee is absolutely amazing. Every subcommittee chairperson and their teams continue to grow, expand and improve the CarmelFest experience.

“Our parade theme this year is, ‘Stars and Stripes Forever.’ Each year, the parade continues to bring quality and unique entertainment, floats and marching bands from schools throughout central Indiana. There are approximately 90 entries in this year’s parade. “We have sold 18 cabanas, almost doubling the number from last year for the ‘Bang’ experience that was offered for the first time in 2014.
This is the incredible viewing
party experience from the rooftop of the Tarkington parking garage. Our North Zone team has utilized every available square inch north of the firehouse to offer three stages for a variety of free, quality entertainment.

“A CarmelFest favorite, SunKing, is returning to the North Zone as a valued sponsor. Our development team continues to bring in wonderful sponsors for which I am most grateful.

“I would also like to mention that our former chairman, Jeff Worrell, is handling all of our spark buttons this year and is our fireworks director this year. We will coordinate our fireworks display to music and have that broadcast on a local high school radio station. Jeff does a remarkable job promoting the fireworks, and we are thankful for his continued dedication and enthusiasm.”

Sexton also thanked his wife, Beth, and their three daughters for their support of his decision to accept the role as chairman. He expressed that they have been incredibly supportive of his volunteerism all of these years and have been involved in volunteering opportunities themselves.

When asked what motivated him to make this three year commitment, he simply said, “I enjoy the sense of community that I see unfold every year during CarmelFest. I hope to leave my mark on the city, CarmelFest and on the Rotary Club of Carmel.”